Accessibility links
Malaysia And North Korea Are Heading Toward A Complete Diplomatic Breakdown : The Two-Way Over the weekend, the two countries expelled each other's ambassadors over the airport murder of Kim Jong Nam. Now, they have both imposed exit bans, in apparent violation of international agreements 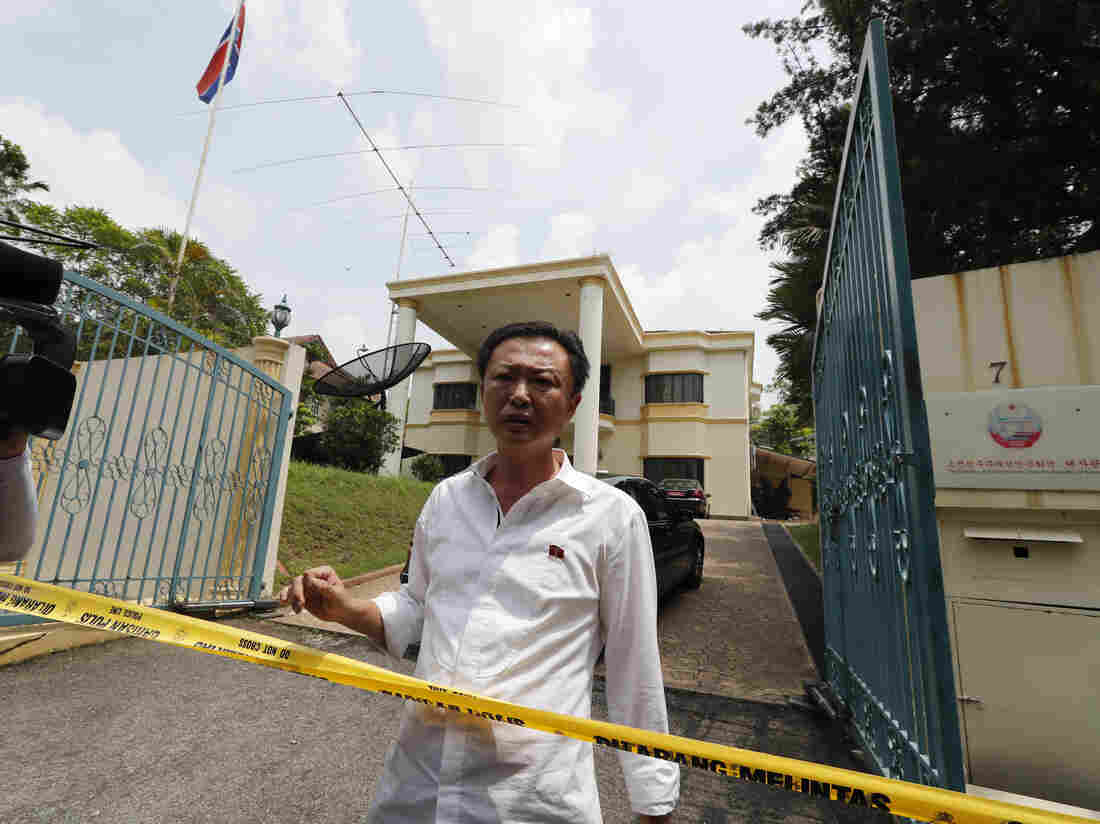 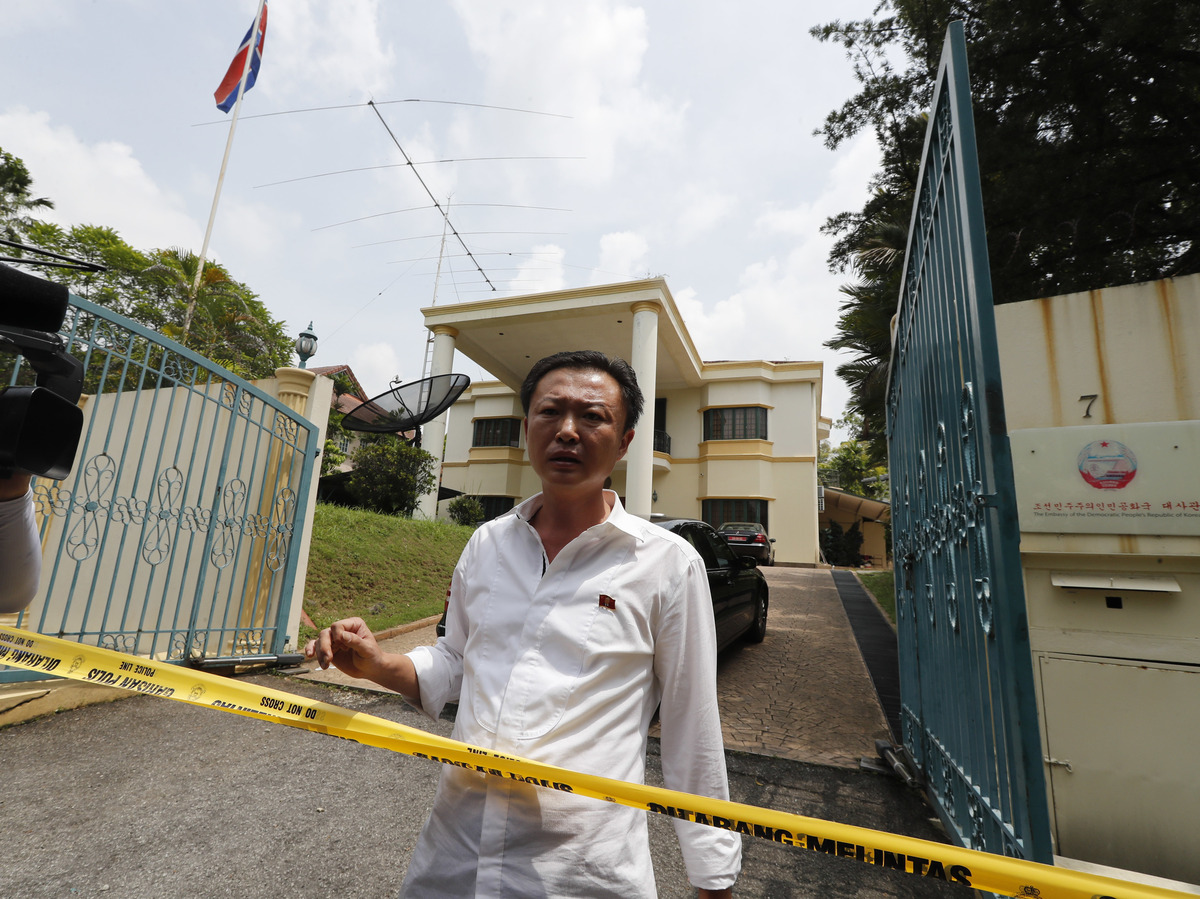 A North Korean Embassy staff member asked Malaysian police if he was allowed to leave the embassy grounds in Kuala Lumpur on Tuesday. Malaysia banned North Korean citizens from leaving the country after North Korea issued an exit ban for 11 Malaysian citizens in North Korea.

So, more than three weeks after the half-brother of North Korea's leader was murdered in a Kuala Lumpur airport terminal, the two countries are in a full-blown diplomatic standoff.

As The Two-Way has reported, Kim Jong Nam died on Feb. 13, and his body remains in Malaysia, despite demands by North Korea to release it:

"Malaysia, which was once one of the few countries friendly with North Korea, has had a significant falling out with the hermit kingdom over the death of Kim Jong Nam. Malaysian authorities say Kim was killed with VX nerve agent, a banned chemical weapon, and they have arrested two women who appeared to accost him in the airport's surveillance footage.

"Pyongyang, for its part, disputes this account, saying the man — whom North Korea has not officially recognized as Kim Jong Nam — 'probably died of a heart attack because he suffered from heart disease, diabetes and high blood pressure.'

Malaysia has an embassy in Pyongyang. "Malaysia's foreign ministry said it had 11 citizens in North Korea, including three embassy staff, six family members and two others," reported the newspaper. "Neither country has announced how many North Koreans live in Malaysia."

The Associated Press estimated about 1,000 North Koreans in Malaysia were affected by the exit ban.

The two countries already kicked out each other's ambassadors over the murder — Malaysia first, on Saturday, and then North Korea on Monday, according to The Associated Press (although the Malaysian government had beaten Pyongyang to the punch by recalling their top diplomat back on Feb. 20).

That process, in which each country declared the other's top diplomat persona non grata, is in keeping with the 1961 Vienna Convention on Diplomatic Relations, to which both countries are signatories.

However, the new exit bans and criminal investigation involving diplomats are more murky in their legality under the treaty, which guarantees diplomatic immunity from criminal prosecution.

Only the sending state can revoke that immunity.

The U.N. convention also states that "the receiving State shall ensure to all members of the mission freedom of movement and travel in its territory," and says specifically that:

"The receiving State must, even in case of armed conflict, grant facilities in order to enable [diplomats] ... to leave at the earliest possible moment. It must, in particular, in case of need, place at their disposal the necessary means of transport for themselves and their property."

Don Rothwell, professor of international law at the Australian National University, told Reuters that he believed the exit ban for Malaysian Embassy staff and their families in Pyongyang was a clear violation of the convention.

The U.N. Universal Declaration of Human Rights, which Malaysia has signed, also explicitly establishes the right of every person "to leave any country."