Accessibility links
At Least 6 People Have Died In Plains Wildfires : The Two-Way Wildfires are still burning out of control in Colorado, Oklahoma, Kansas, Texas and Florida. The governor of Oklahoma has declared a state of emergency.

At Least 6 People Have Died In Plains Wildfires

At Least 6 People Have Died In Plains Wildfires 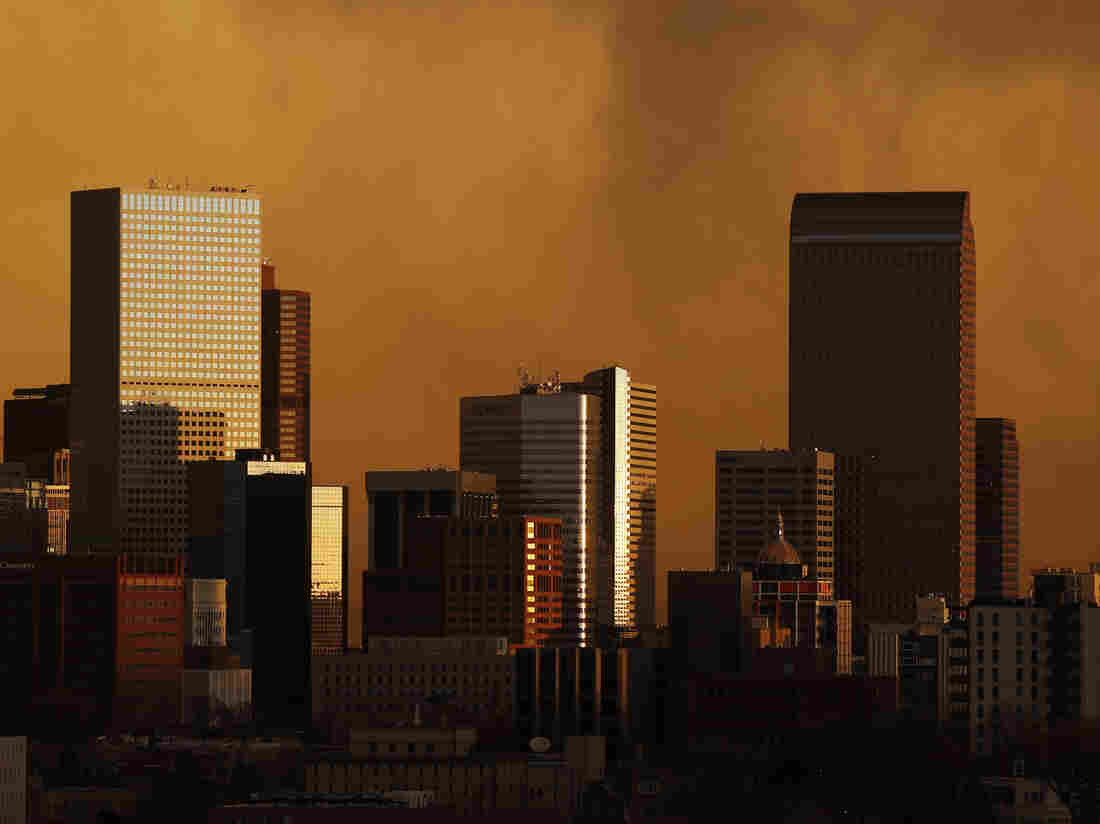 Smoke from wildfires in Colorado hangs over the Denver skyline at sunrise on Monday. David Zalubowski/AP hide caption 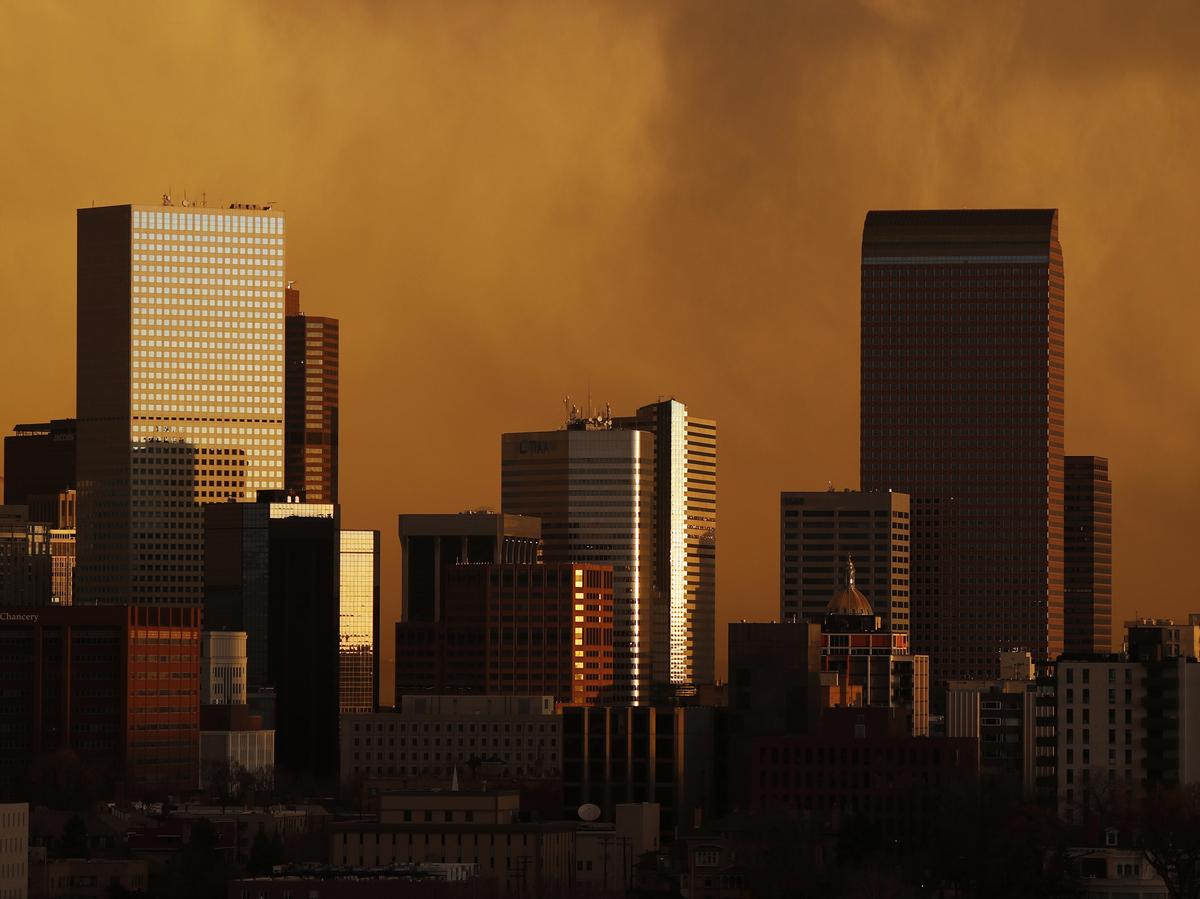 Smoke from wildfires in Colorado hangs over the Denver skyline at sunrise on Monday.

At least a dozen wildfires burning in Colorado, Texas, Kansas, Oklahoma and Florida have charred more than 1,700 square miles and remain largely uncontained.

Rachel Hubbard of member station KOSU in Oklahoma City, Okla., reported at least six people have died in the wildfires:

"The flames have forced thousands from their homes over the last two days and some highways remain closed because the smoke is so thick that it can be seen in satellite images. Oklahoma, Texas, Colorado and Kansas face extreme fire danger as low humidity, drought conditions and strong winds persist.

"Kansas Gov. Sam Brownback is calling in help from other states to relieve firefighters, and Oklahoma Gov. Mary Fallin has declared a state of emergency. Officials have not made damage estimates yet, but dozens of structures have burned, and they expect the loss of livestock to be significant."

Four of those who died were in the Texas Panhandle, where the Dallas Morning News reported three ranch hands were killed Monday east of Amarillo, and a fourth person died in the northeast corner of the region.

High winds fanned the flames across the Plains states. The National Weather Service said multiple tornadoes formed in the area around Kansas City on Tuesday, according to the Kansas City Star.

"Possibly the most damaging tornado was reported in Oak Grove, [Mo.] where an EF3 tornado with 152-mph winds damaged 483 houses and 12 commercial buildings. Twelve people were injured," the newspaper reported, "but none of the injuries was considered life-threatening."

The fire department in nearby Grandview, Mo., tweeted that 80 mph winds had brought down power lines and caused damage.

"The combination of last year's heavy rains followed by a harsh drought have created fuel for wildfires unlike what most firefighters in Oklahoma have ever seen," Hubbard reported from Oklahoma for NPR's Newscast unit.

"The state forestry predicts it may take a week or more to contain the fires. This heavily agricultural region can't begin, yet, to assess the damage to crops and livestock." 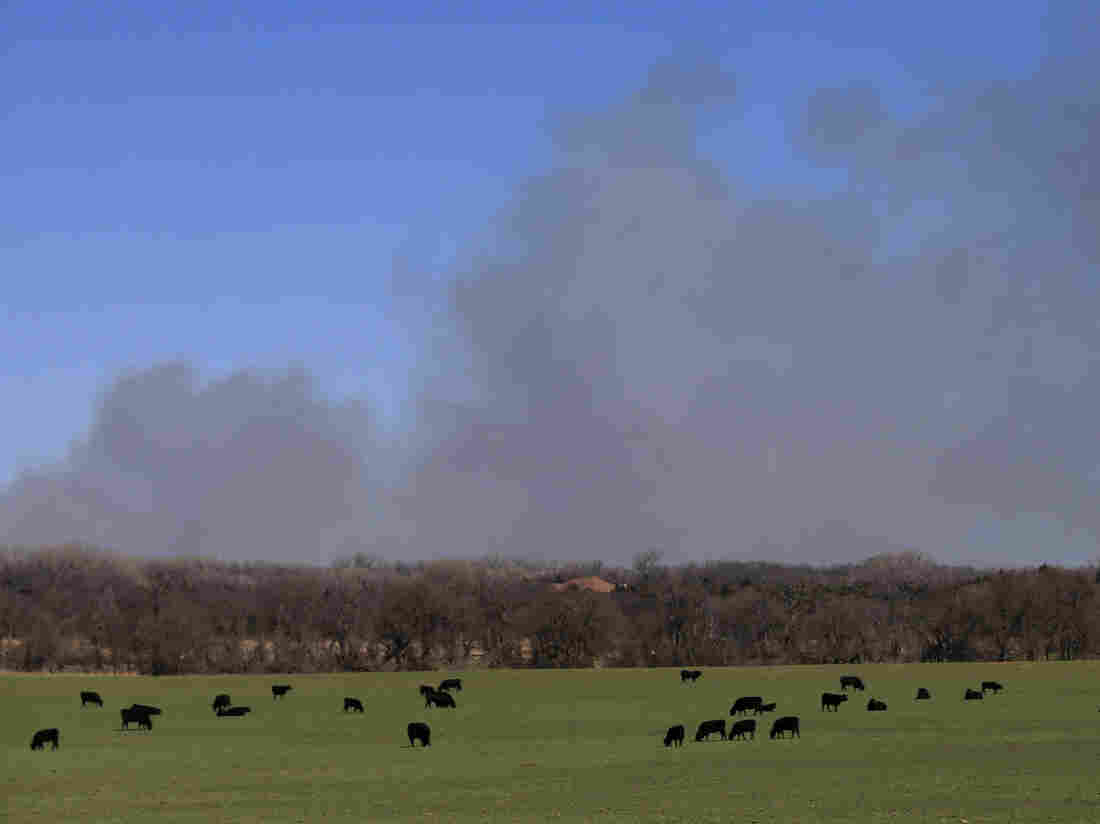 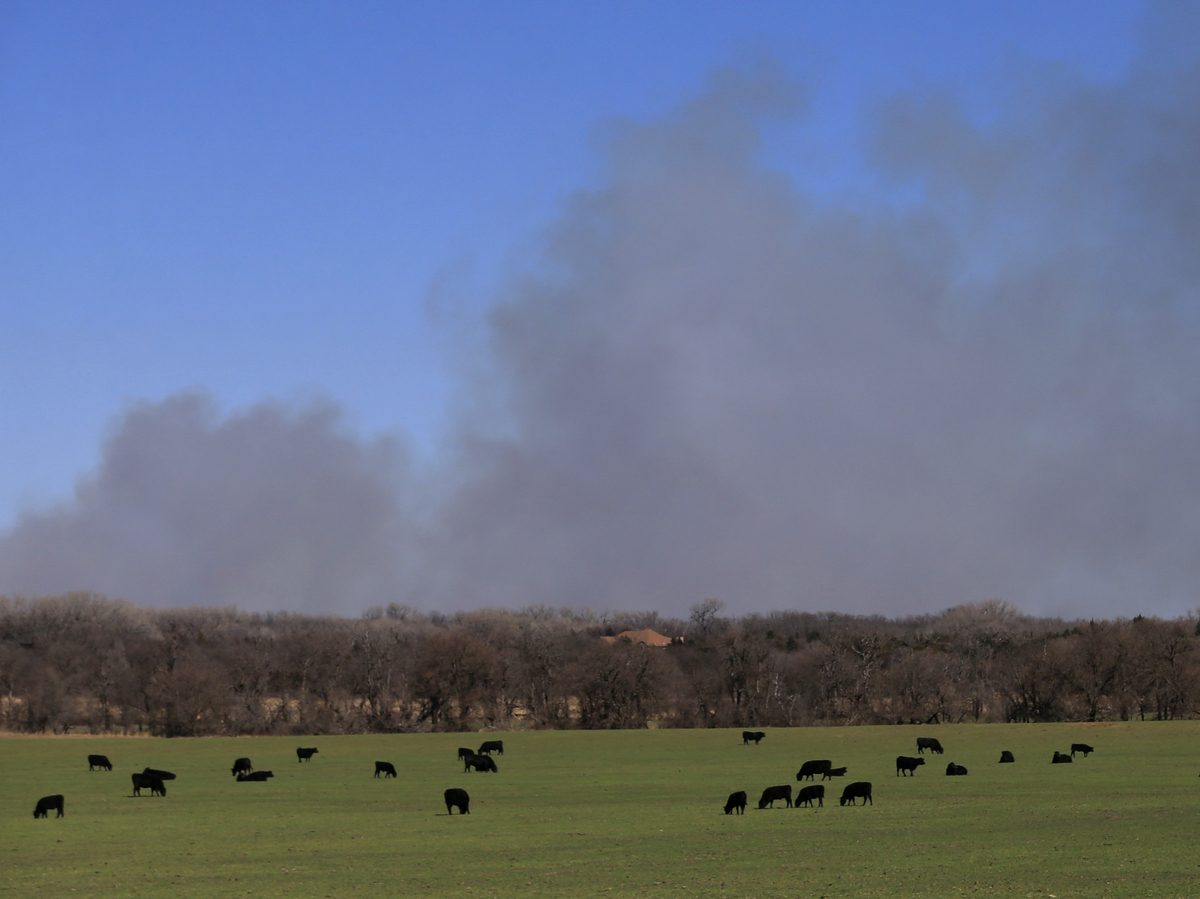 Fires near Hutchinson, Kan., have sent smoke billowing across miles of farmland.

According to the most recent report from the U.S. Drought Monitor, parts of Colorado, Kansas, Oklahoma and Florida are experiencing moderate to severe drought.

In southwest Florida, wildfires have burned at least 6,000 acres and the Florida Highway Patrol closed part of the I-75 highway, reported The Associated Press. The agency warned that smoke had decreased road visibility near Orlando.

And in Colorado, a wildfire covering nearly 50 square miles had destroyed multiple buildings as of Tuesday, when the Denver Post reported it was 80 percent contained.

"On Tuesday morning, smoldering fields and hay piles were sending throat-clogging smoke into the air," reported the Post's Jesse Paul. "The gusting wind was making visibility near zero as sand mixed with the smoke. ... Farmers say it can take between three and five years for a field to recover after it has been burned in such a wildfire."

A previous version of this story referred to an EF3 tornado in Oak Grove, Kan. In fact, the city is located in Missouri.