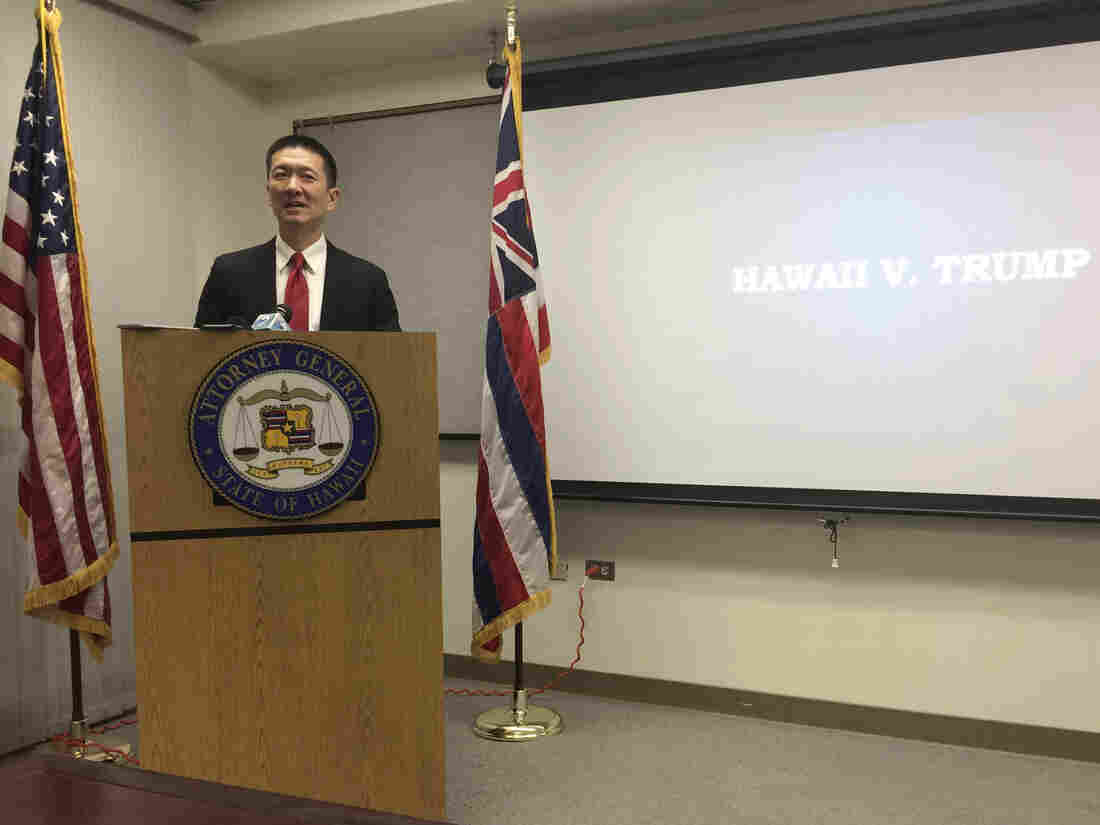 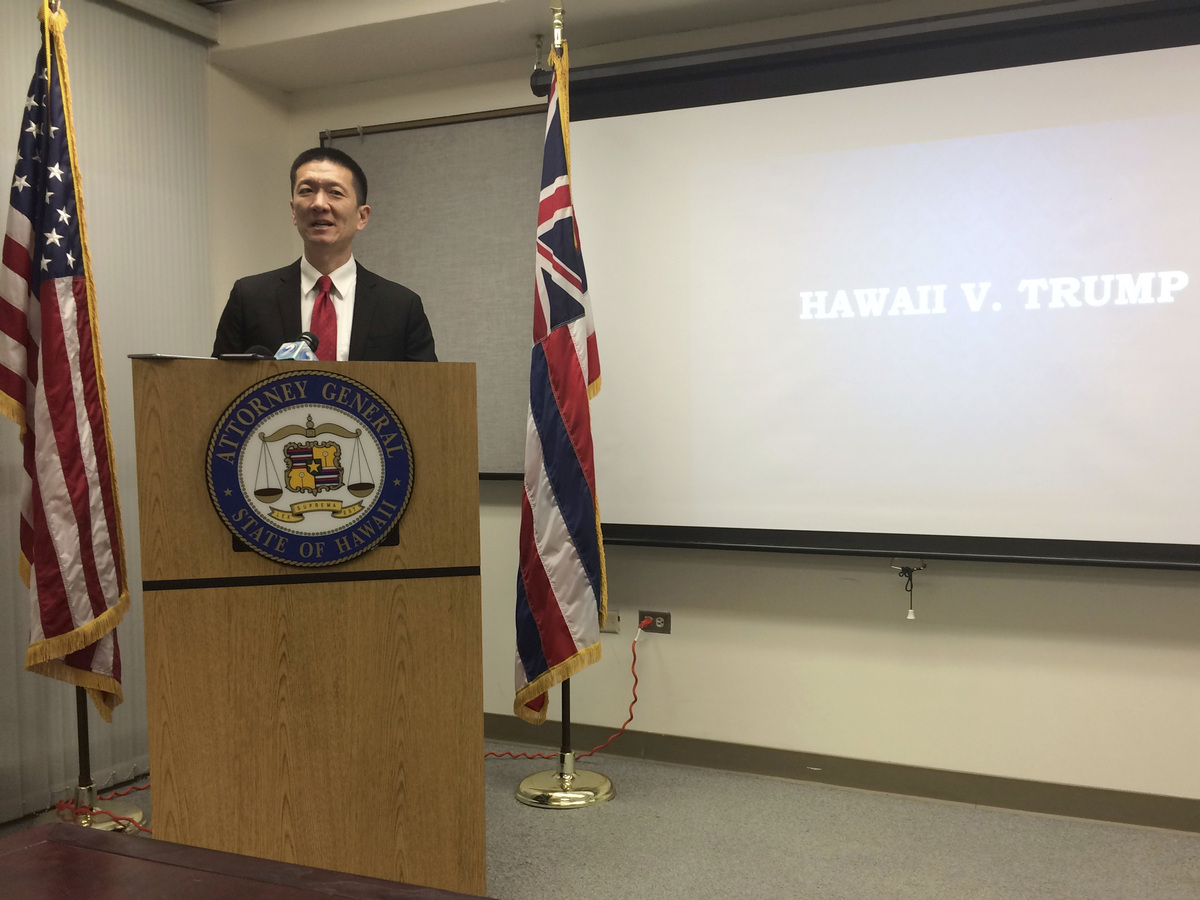 Attorneys for the state filed the lawsuit late Wednesday in federal court in Honolulu.

Trump's original ban, signed in January, caused immediate chaos at airports across the country before being frozen by a challenge from Washington State. The revised executive order, which Trump signed on Monday, has been rewritten to make it more difficult to challenge in court. But Hawaii hopes it has crafted a legal argument that can stop the new order from going into effect on March 16.

"This new executive order is nothing more than Muslim Ban 2.0," said Hawaii Attorney General Doug Chin in a statement. "Under the pretense of national security, it still targets immigrants and refugees. It leaves the door open for even further restrictions. Our office is reviewing the new order and will decide what next steps may be necessary."

The new order doesn't allow visas for people from Iran, Syria, Somalia, Sudan, Yemen and Libya. It also temporarily shuts down America's refugee program, and reduces the number of refugees it will admit this fiscal year to 50,000, instead of the 110,000 the Obama administration had planned.

Hawaii's lawsuit argues that while the language in Trump's revised executive order has changed, it is merely the president's latest effort to enact what he promised early in his campaign: a Muslim ban.

The suit brings Trump's campaign promises into the courtroom, in order to illustrate the way that Trump has consistently linked Muslim immigration to terrorism, and his explicit desire to implement a Muslim ban. Among the statements cited in the lawsuit is a press release then-candidate Trump sent out on December 7, 2015, titled "Donald J. Trump Statement on Preventing Muslim Immigration", which said in part:

"Donald J. Trump is calling for a total and complete shutdown of Muslims entering the United States until our country's representatives can figure out what is going on. According to Pew Research, among others, there is great hatred towards Americans by large segments of the Muslim population."

Hawaii's lawsuit names Ismail Elshikh as a co-plaintiff, "because the Executive Order inflicts a grave injury on Muslims in Hawai'i, including Dr. Elshikh, his Family, and members of his Mosque." Elshikh is the Imam of the Muslim Association of Hawaii.

The suit alleges that a portion of Hawaii's population is now subject to:

"discrimination and second-class treatment, in violation of both the Constitution and the Immigration and Nationality Act. The Order denies them their right to associate with family members overseas on the basis of their religion and national origin. And it results in their having to live in a country and in a State where there is the perception that the Government has established a disfavored religion."

And by disfavoring a religion, the suit argues, Trump's executive order is establishing a state religion, in violation of the Establishment Clause of the First Amendment.

Hawaii's economy leans heavily on tourism, and the lawsuit cites both economic and familial hindrances caused by the ban. "It is damaging Hawaii's institutions, harming its economy, and eroding Hawaii's sovereign interests in maintaining the separation between church and state as well as in welcoming persons from all nations around the world into the fabric of its society."

The plaintiffs seek an order that would invalidate the portions of the executive order that they challenge in the lawsuit, and have proposed a hearing for March 15 — the day before the order is to go into effect.

The new executive order "is infected with the same legal problems as the first Order — undermining bedrock constitutional and statutory guarantees," the state argues. "The Executive Order purports to protect the country from terrorism, but sweeps in millions of people who have absolutely no connection to terrorism."