Accessibility links
Malta's Landmark 'Azure Window' Rock Formation Collapses : The Two-Way You might recognize it from Game of Thrones or innumerable Instagram posts from visitors to the island. It fell during a powerful storm. 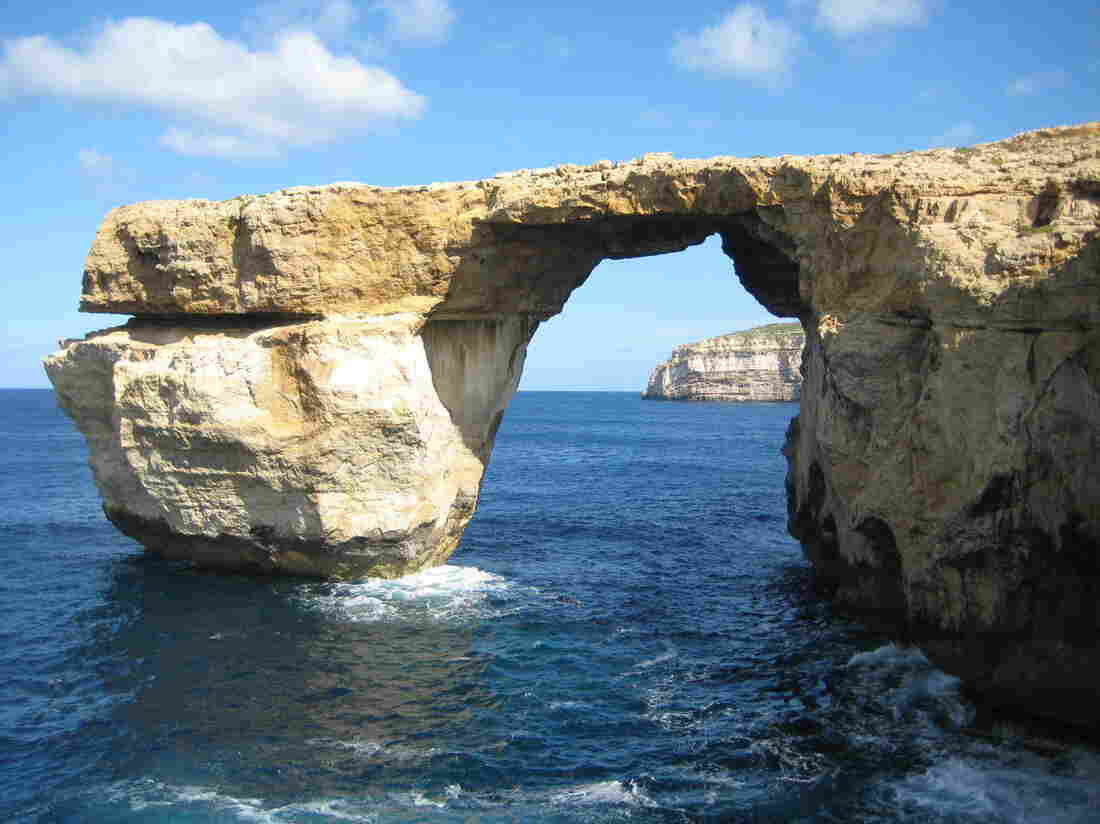 The landmark Azure Window, off the Maltese island of Gozo, has collapsed into the sea during a storm. Caroline Hodgson/AP hide caption 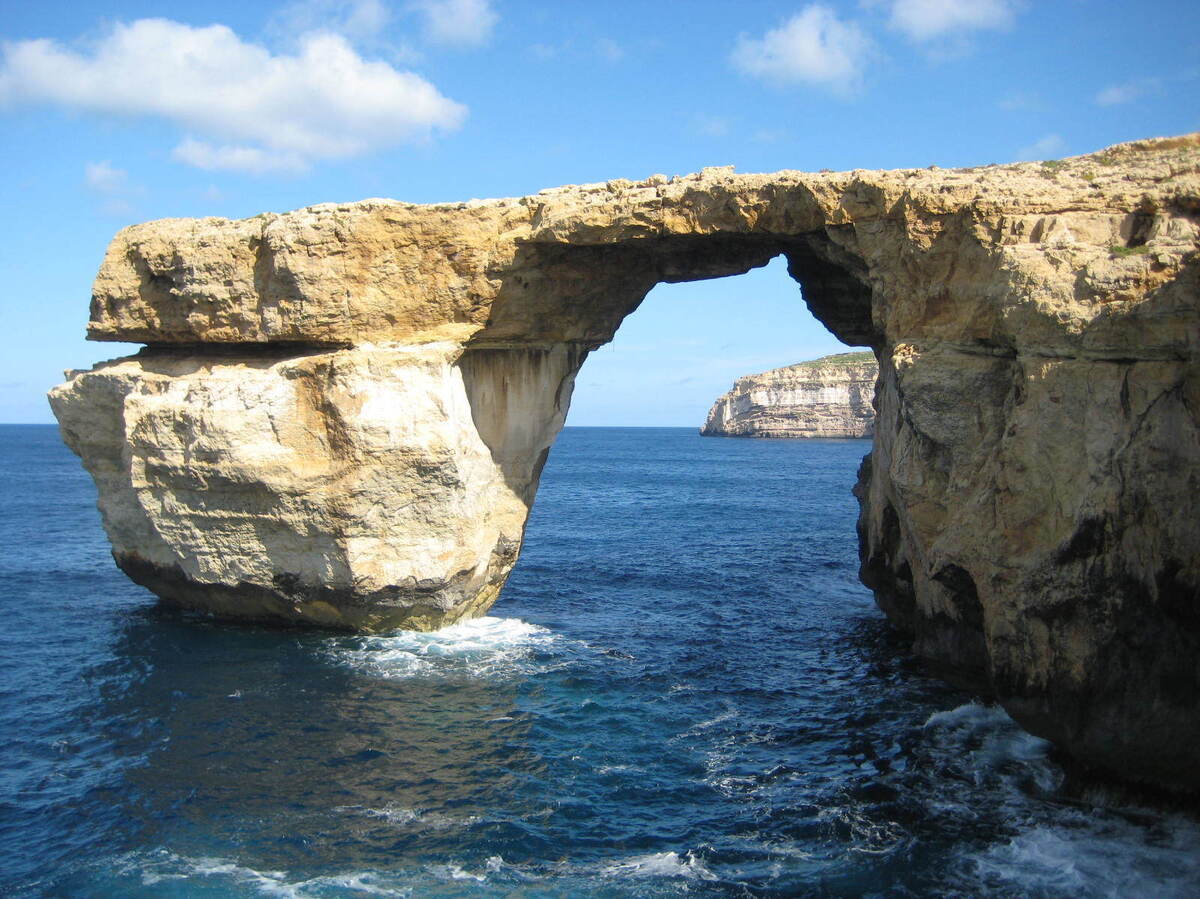 The landmark Azure Window, off the Maltese island of Gozo, has collapsed into the sea during a storm.

An iconic Maltese natural rock arch collapsed into the sea Wednesday during a powerful storm.

The "Azure Window" jutting off Malta's Gozo Island is printed on innumerable Instagram posts and travel brochures. It was also featured in movies and TV shows, including HBO's Game of Thrones.

Local resident Roger Chessell was there when the iconic arch collapsed. "There was a big raging sea beneath the window," he told the Times of Malta. "Suddenly, the arch collapsed into the sea with a loud whoomph, throwing up a huge spray. By the time the spray had faded, the stack had gone too."

"Reports commissioned over the years indicated that this landmark would be hard hit by unavoidable natural corrosion," he said on Twitter. "That sad day has arrived."

In 2013, a study said that the rock formation would inevitably collapse but that it would "likely survive for 'decades' to come," the Times of Malta reported. 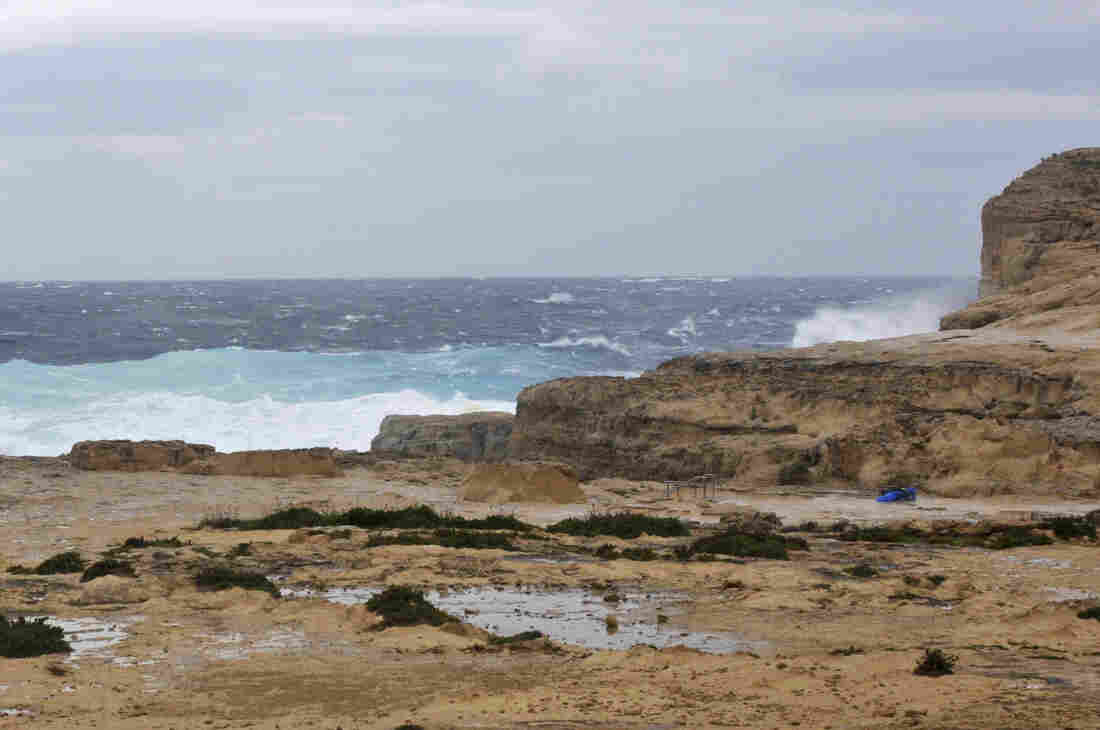 The part of coast where the Azure Window had stood looked very different on Wednesday after the arch collapsed in a storm. Christian Mangion/AP hide caption

The BBC added that in recent years, tourists have apparently done some damage to the formation by "jumping off the arch into the sea, dislodging clumps of rock in the process."

Authorities introduced fines for walking over the arch, according to The Guardian, but they were "rarely enforced."

Game of Thrones fans might recognize it as the wedding backdrop of Daenerys Targaryen and Khal Drogo in the show's first episode.

"The flagship of the Gozitan touristic sites has sunk in its same birth place from where for thousands of years, it stood high and proud heralding one of the natural beauties our little island is endowed with," the Gozo Tourism Association said in a statement. It added that about 80 percent of tourists to the island visited the famed rock formation.

It is a very sad day for Malta. The iconic Azure Window collapsed this morning, succumbing to the forces of nature and the passage of time. pic.twitter.com/ovc8Yj9gWH

Now, it noted, "only millions of photographs remain as testimony of this touristic spot."

Fans of the Azure Window are mourning its loss on social media:

Historical #AzureWindow has collapsed this morning in #Gozo.

#RIP to the #AzureWindow
Was one of the best sights I've seen in my life #Neverforgotten #malta pic.twitter.com/UQMHnhmjmP

Gutted that the "Azure Window" on Gozo in Malta has collapsed in a storm. So glad to have seen it in September '16 #malta #AzureWindow pic.twitter.com/t0ExmtL74f