Accessibility links
Cyclists Took 28 Million Bike-Share Trips In The U.S. In 2016, Group Says : The Two-Way Ridership for U.S. bike-share programs was 10 times higher last year than it was in 2011 and, so far, only one traffic fatality is believed to have resulted from bike-share use. 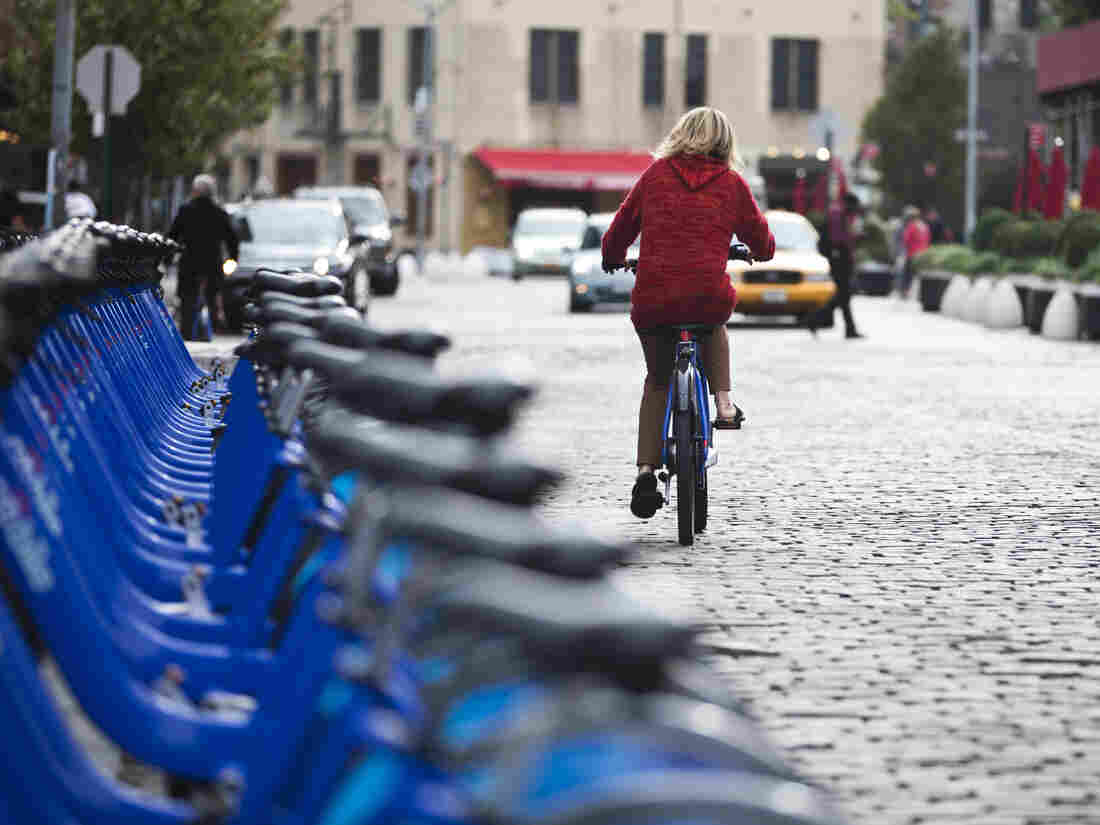 A woman takes out a Citi Bike for a ride from a bike-sharing station in the Chelsea section of New York City. Ramin Talaie/Corbis via Getty Images hide caption 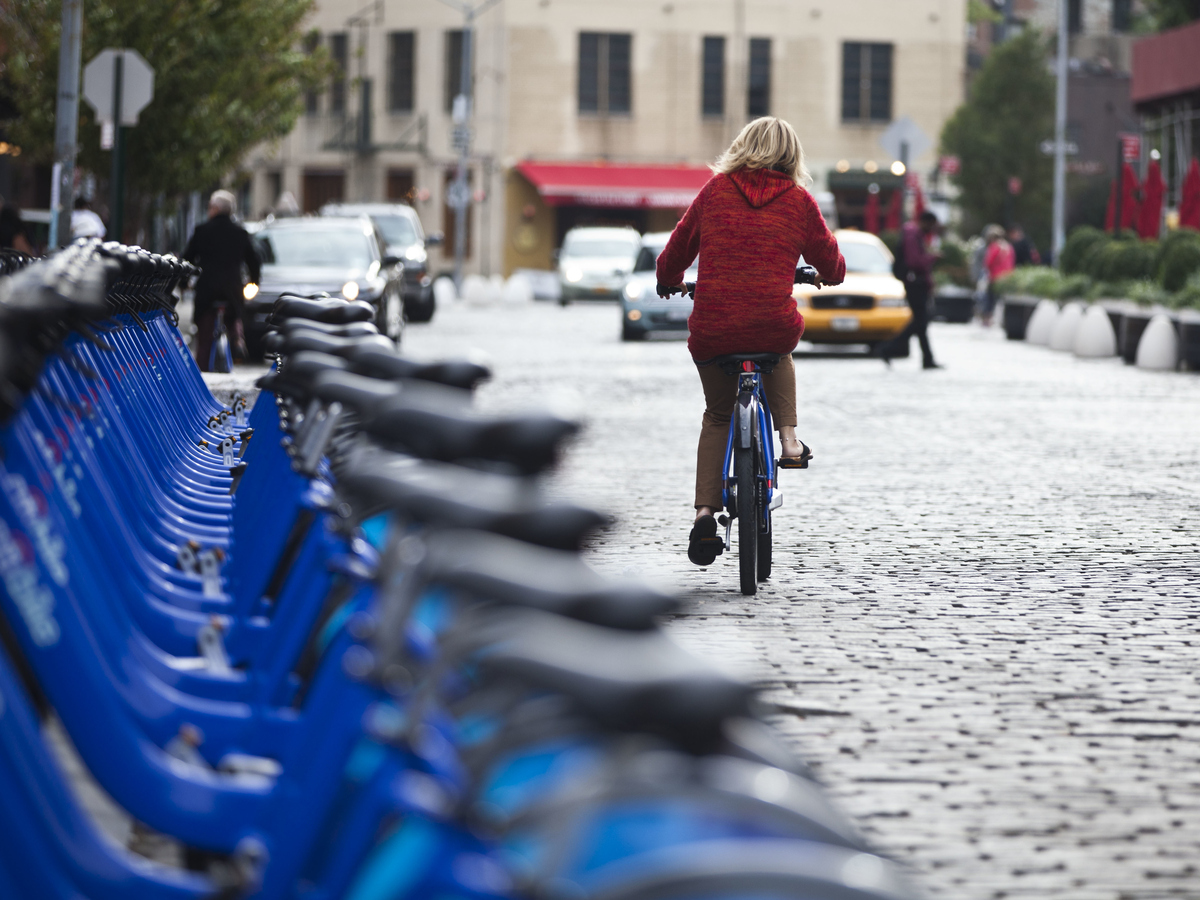 A woman takes out a Citi Bike for a ride from a bike-sharing station in the Chelsea section of New York City.

Ridership for U.S. bike-share programs was 10 times higher last year than it was in 2011, according to the National Association of City Transportation Officials. From 2011 to 2016, usage grew from 2.3 million trips yearly to 28 million — numbers that dwarf the 320,000 trips taken in 2010, the group says.

Despite that explosive growth, bike sharing systems are generally seen as remarkably safe: A cyclist who was killed in an accident in Chicago last summer is believed to be the only traffic fatality.

In fact, the city transportation officials say the growth of cycling, along with the addition of bike lanes, helps increase visibility and has made biking safer, with a NACTO representative citing the group's axiom, "More cyclists + better lanes = reduced risk."

Since a new breed of U.S. bike-share programs took hold in 2010, riders have used the systems to take some 88 million trips, NACTO says. It released data about the programs Thursday, in what it says is the first comprehensive nationwide review.

"By focusing on good system design and equitable ways to increase mobility, bike share systems are becoming an integral part of the transportation mix in cities across the country," said Kate Fillin-Yeh, NACTO's Bike Share Program Director, in a message about the findings Thursday.

The average trip on one of the systems' bikes lasts around 12 minutes, NACTO says. The bikes are meant to fill the gap between transit trips and final destinations — or simply to give both residents and visitors a chance to stretch their legs while they get around a city.

The biggest programs are in New York (Citi Bike), Chicago (Divvy), and Washington, D.C. (Capital Bikeshare). When taken along with Citi Bike in Miami and Hubway in Boston, they account for 85 percent of all bike-share trips, according to NACTO.

With the addition of new programs such as Biketown in Portland, Ore., and Metro Bike Share in Los Angeles, there are now 55 bike-share programs in the U.S. offering a total of more than 42,000 bikes, the transportation group says.

In an op-ed published last month, Capers wrote, "Obesity and diabetes are endemic in NYC's low-income and minority neighborhoods, and many communities are underserved by public transit, with residents waiting 30 minutes or longer for a bus. Citi Bike is an answer to those challenges."

Roughly a quarter of the nation's bike share systems also offer a discount program to users based on income; a program by Philadelphia's Indego system, which last spring began providing $5 monthly memberships to residents who use EBT cards, driving a spike in usage by lower-income cyclists.