Accessibility links
Afghans Who Worked With U.S. Forces Told They Can No Longer Apply For Special Visas : The Two-Way On Thursday, the U.S. State Department announced that it expected to run out of special visas by June 1. The visas are for Afghans who are in danger because they assisted the U.S. mission.

Afghans Who Worked With U.S. Forces Told They Can No Longer Apply For Special Visas

Afghans Who Worked With U.S. Forces Told They Can No Longer Apply For Special Visas 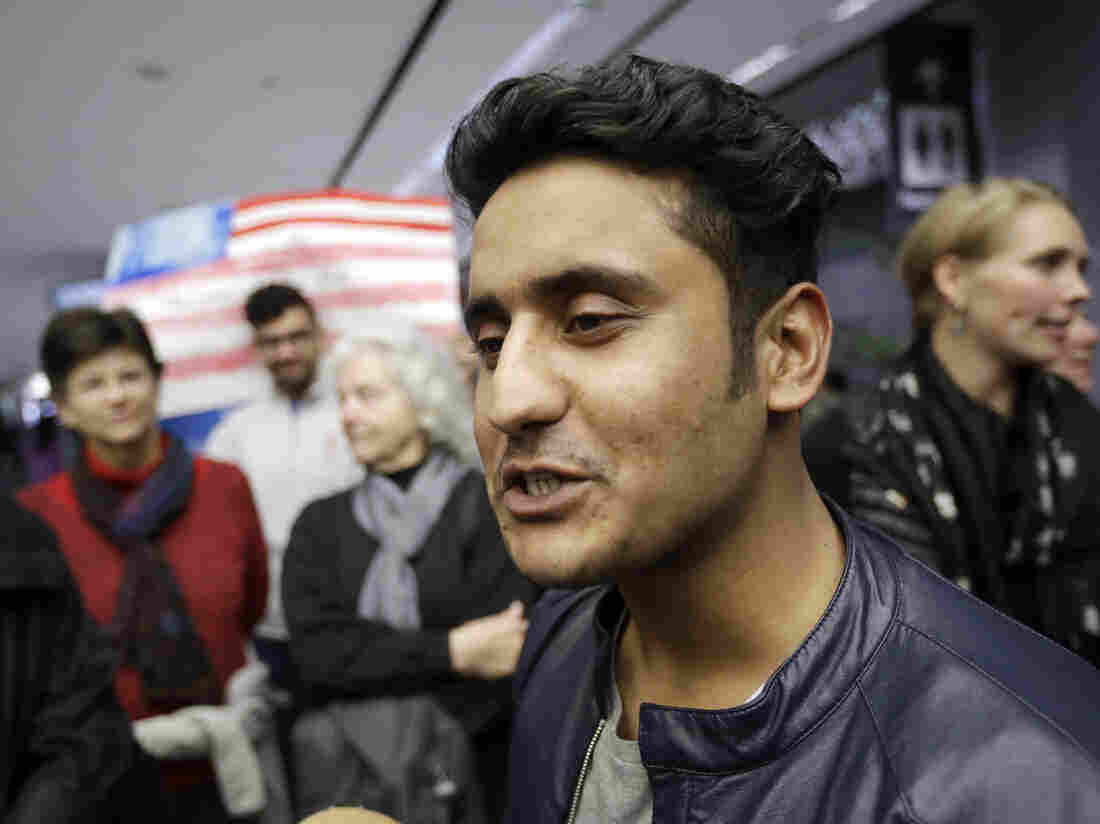 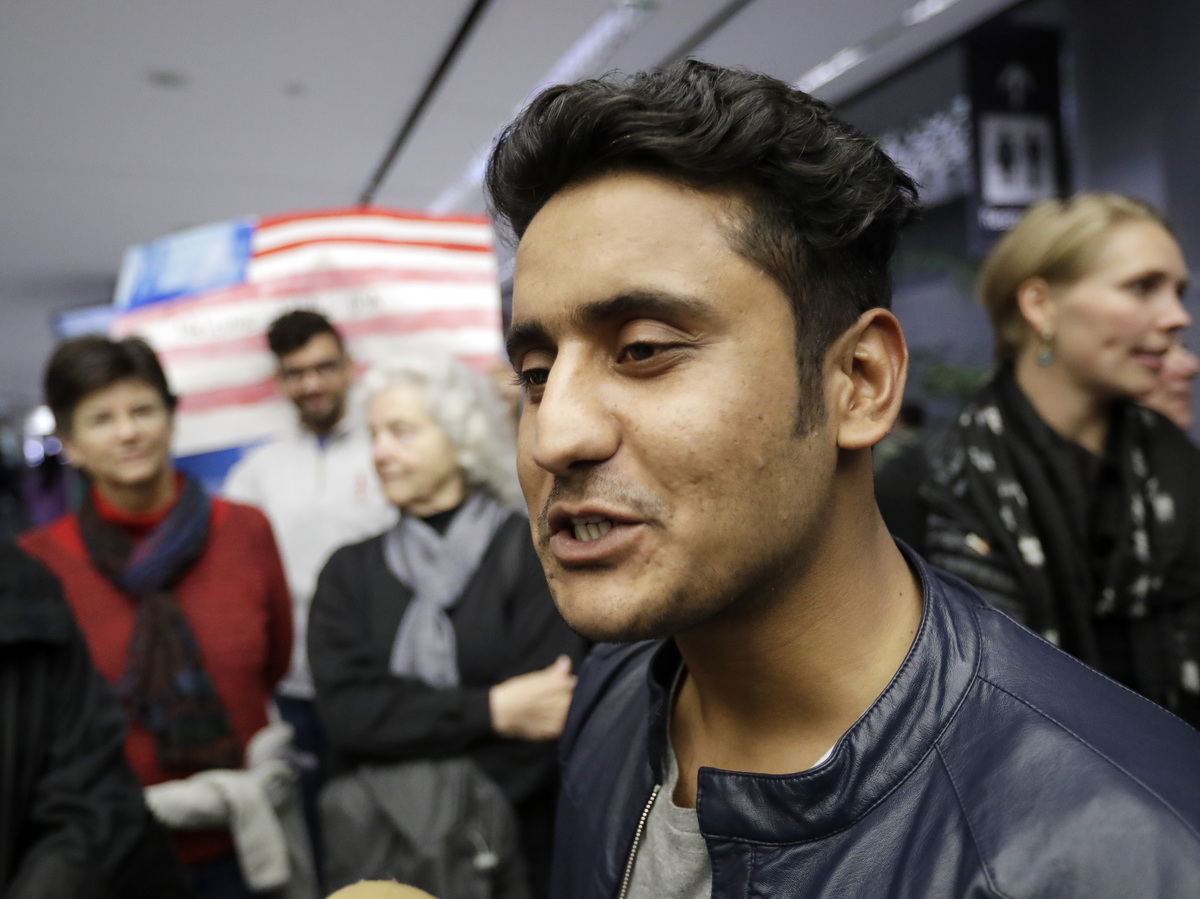 The State Department is running out of visas for Afghans who are in danger because they worked with the U.S. government in Afghanistan.

On Thursday, the U.S. State Department announced that it expected the visas to be depleted by June 1 and that "No further interviews for Afghan principal applicants ... will be scheduled after March 1, 2017."

NPR's Quil Lawrence reported, "The Special Immigrant Visa program was designed to reward Iraqis and Afghans who help U.S. forces at war, but it's been plagued by a lengthy vetting process and changing politics in Washington."

'From Being Alone To A Whole Family,' An Iraqi Interpreter's Dream Fulfilled

The special visas also apply to spouses and children of people who worked as translators, drivers and other staff for the U.S. military and other agencies.

A State Department official told NPR in an email on Thursday that more than 15,000 Afghans are currently "at some stage of the [special visa] application process" and that as of March 5, only 1,437 visas remain to be given out.

Last fall, military leaders, refugee advocates and some members of Congress warned that the program would run out of visas by the end of the year, and the Obama administration requested that Congress approve 4,000 more.

The Congressional Budget Office estimated that the cost of adding that many visas under the program would be $446 million over the next decade.

Allowing SIV program to lapse sends message to Afghan allies that the US has abandoned them. Congress must fix this https://t.co/5xIFzvcHB6

At the time, Sen. Jeanne Shaheen said in a statement that "It is no exaggeration to say that this is a matter of life and death as Afghans who served the U.S. mission continue to be systematically hunted down by the Taliban. The number of visas needed for those in danger far surpasses what's provided in this bill."

Shaheen, a Democrat, has partnered with Sen. John McCain, a Republican, to push for the program to continue, and both have condemned what they see as a shortsighted policy of limiting visas, making it more difficult for the U.S. government to persuade local allies to work with them.

"It's not just a quid pro quo, 'Hey you help me out [and] I'll help you get to America,' " Marine veteran Zach Iscol told Quil. "It's taking care of those who took care of us when we were in their country."

Last month the top U.S. commander in Afghanistan asked Congress to send more troops to Afghanistan, where American soldiers have been assisting Afghan security forces since the U.S. formally ended its combat mission in 2014 and are increasingly drawn into battle there.

There are currently 8,400 U.S. service members deployed to Afghanistan.

Last year, nine former Iraqi translators sued the federal government over delays in the program. Some had been waiting five years or more to get an answer about their visa applications.

Mac McEachin of the International Refugee Assistance Project, which has helped Afghans apply through the special visa programs in both Afghanistan and Iraq, said in a statement that he believes allowing the program to lapse could affect U.S. operations outside the two countries.

"This news deals our ground efforts an especially harsh blow, as it comes on the heels of the announcement that troops from the 82nd Airborne will be deployed to Syria," he wrote. "Now that the world has seen how we turn our backs on our Afghan allies, there is almost no chance that local allies in Syria will be inclined to work with us."

The collapse of the U.S. special visa program is part of a larger closing of U.S. borders to people fleeing war and political violence.

Last week, President Trump signed a new executive order banning travel from six predominantly Muslim countries and slashing the total number of refugees who can be offered asylum in the U.S. from 110,000 to 50,000.

According to the U.N. refugee agency, Afghans make up the second largest group of refugees in the world right now, after Syrians. About 2.7 million Afghan people and 4.9 million Syrian people have fled their homes and are considered refugees.