Accessibility links
Florida Judge Rejects 'Stand Your Ground' Defense In Shooting Over Texting In Theater : The Two-Way Lawyers for Curtis Reeves Jr. argued that he was in imminent danger when he shot a man who had been texting in the movie theater. But the judge ruled that surveillance video suggested otherwise. 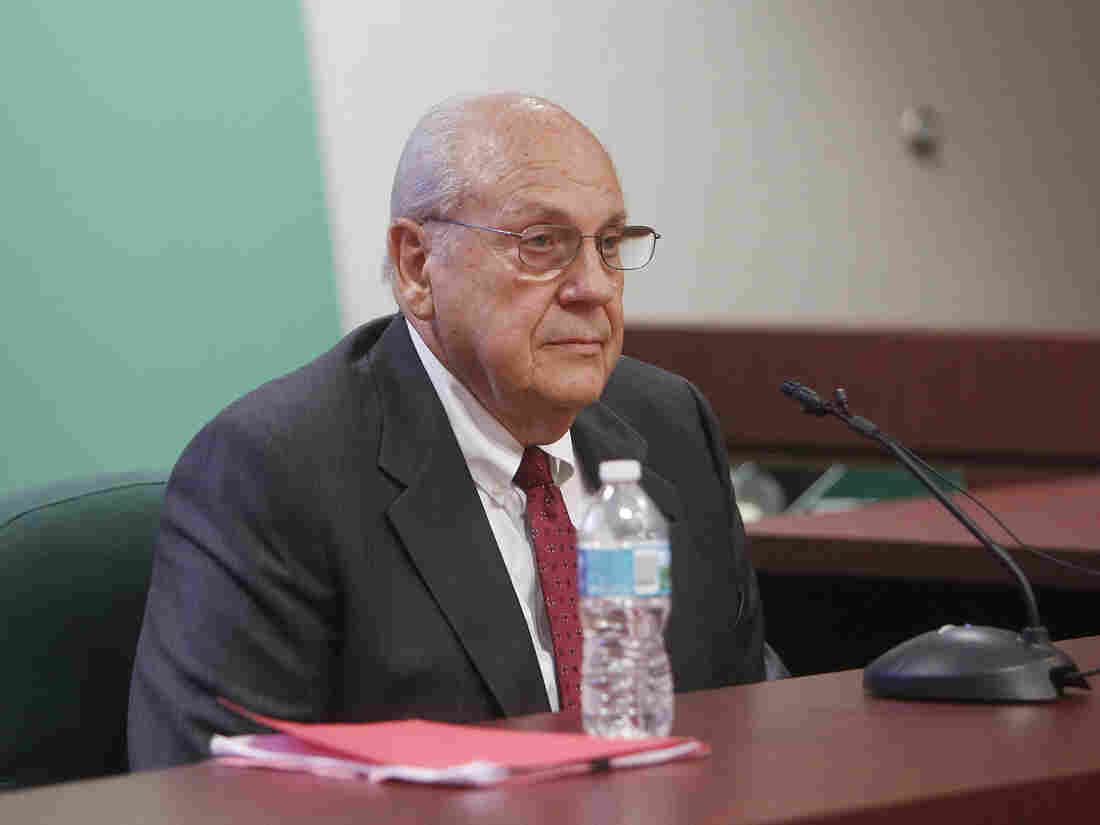 Curtis Reeves Jr. takes the stand to testify during his hearing in Dade City, Fla., last month. A judge denied his request to dismiss the charges against him under Florida's Stand Your Ground law. Octavio Jones/AP hide caption 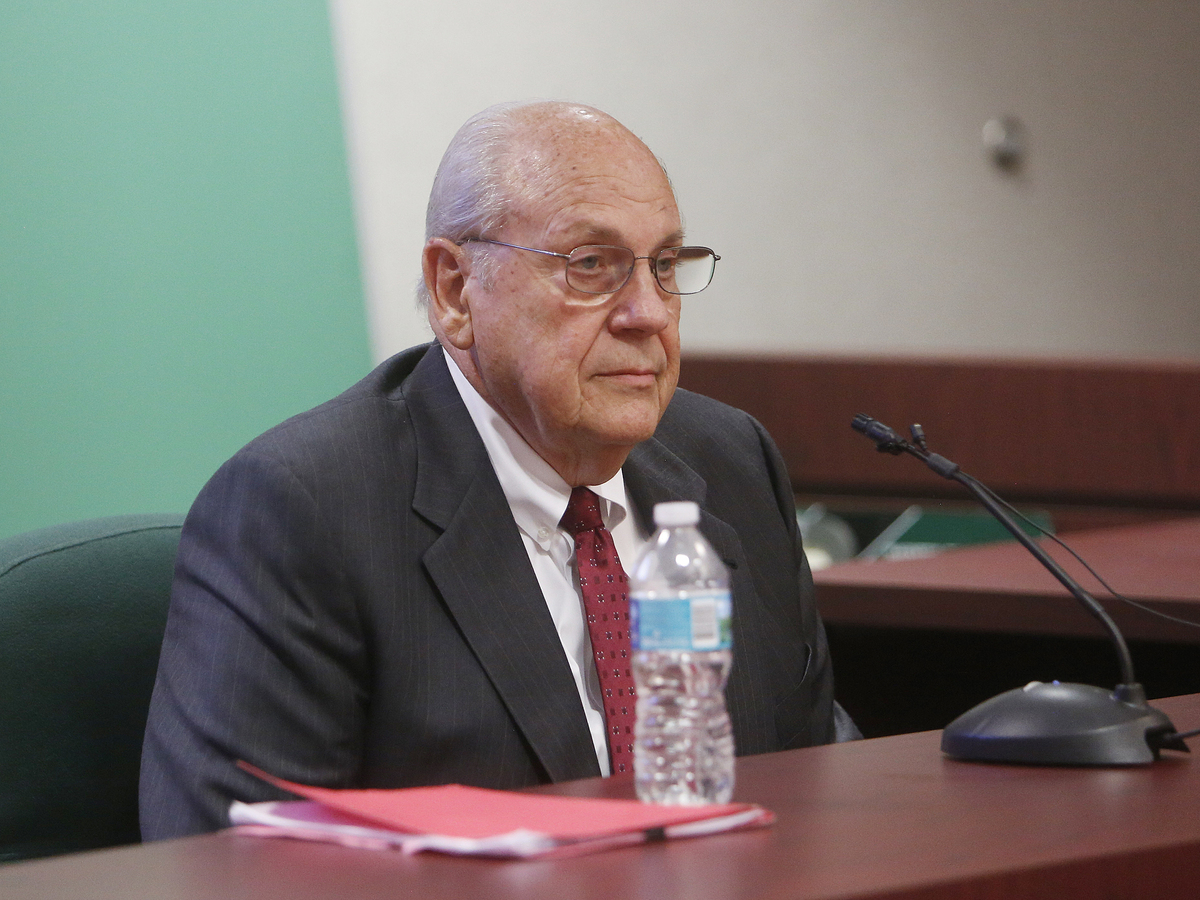 Curtis Reeves Jr. takes the stand to testify during his hearing in Dade City, Fla., last month. A judge denied his request to dismiss the charges against him under Florida's Stand Your Ground law.

A retired police officer who fatally shot a man in a Florida movie theater will stand trial after a judge denied his request to dismiss the charges under the state's "Stand Your Ground" law.

Curtis Reeves Jr., 74, was with his wife at a showing of Lone Survivor in suburban Tampa in 2014 when he got into a dispute with Chad Oulson, 43, because Oulson was texting during the previews.

Reeves was charged with second-degree murder and aggravated battery. In seeking to have the charges dismissed under Stand Your Ground," Reeves's lawyers needed to show that Reeves reasonably believed that using deadly force was necessary "to prevent death or great bodily harm."

Florida Lawmakers To Vote On Expanding 'Stand Your Ground' Law

Reeves claimed Oulson had hit him in the face with a cellphone, leaving him dazed. But Circuit Judge Susan Barthle said surveillance video of the episode contradicted Reeves' account. "The video evidence contradicts this assertion, clearly showing that there was no hit from a fist, and the item argued by the defense to be a cell phone was simply a reflection from the defendant's shoes," Barthle writes in her order.

Barthle was also not persuaded by the defendant's claims that Oulson "was virtually on top of him" or that Reeves was afraid of Oulson. As Barthle writes, "the defendant initiated contact with the alleged victim on at least three occasions and was not concerned about leaving his wife there alone when he went to talk to the manager."

Florida's Stand Your Ground law was passed in 2005, with support from the National Rifle Association and defense attorneys. Lawyers for George Zimmerman did not invoke Stand Your Ground in defense of his killing Trayvon Martin in 2012, but the law was part of the instructions to the jury that acquitted Zimmerman, as NPR's Greg Allen reported.

Evidence suggests that state Stand Your Ground laws have led to a rise in homicides. As a researcher told NPR's Shankar Vendantam in 2013,

'Stand Your Ground' Law In Focus After Teen's Death

"These laws lower the cost of using lethal force," says Mark Hoekstra, an economist with Texas A&M University who examined stand your ground laws. "Our study finds that, as a result, you get more of it."

Now, Florida lawmakers are trying to take the law a step further, by requiring prosecutors to prove that a defendant wasn't acting in self-defense. If the proposed expansion passes, Greg reports, it could make it easier for defendants such as Reeves to be granted immunity from prosecution.