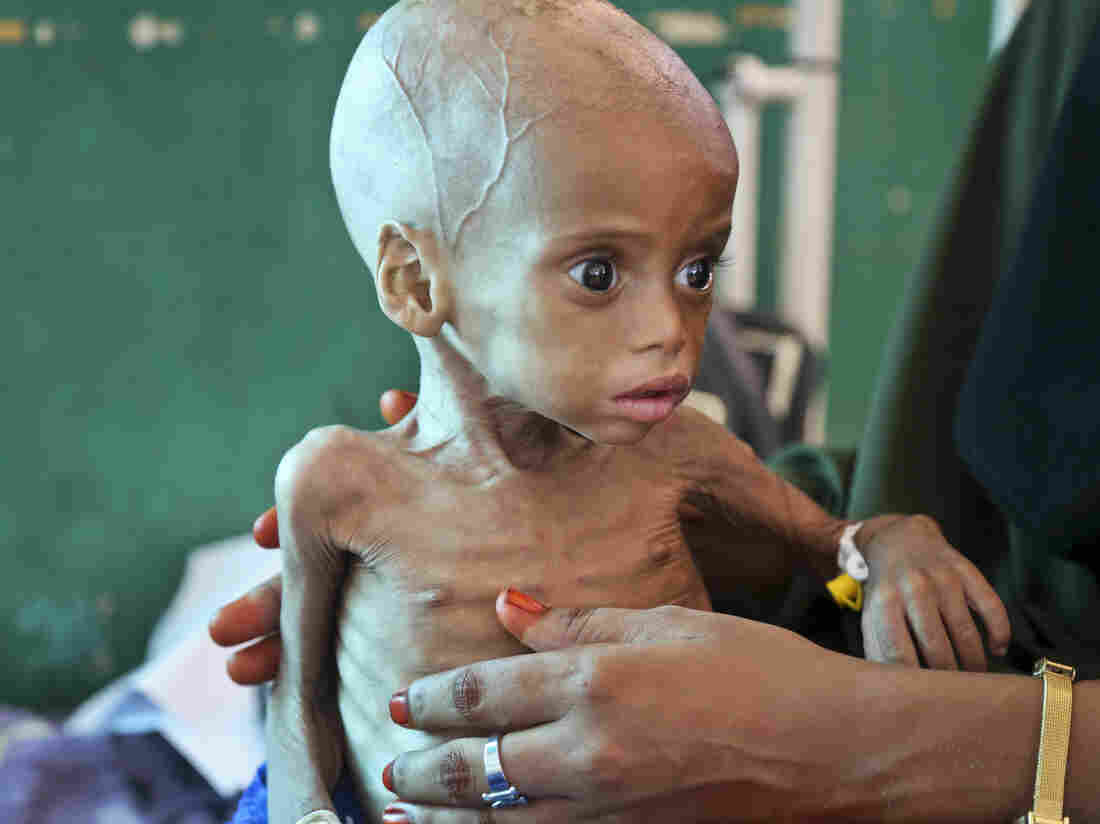 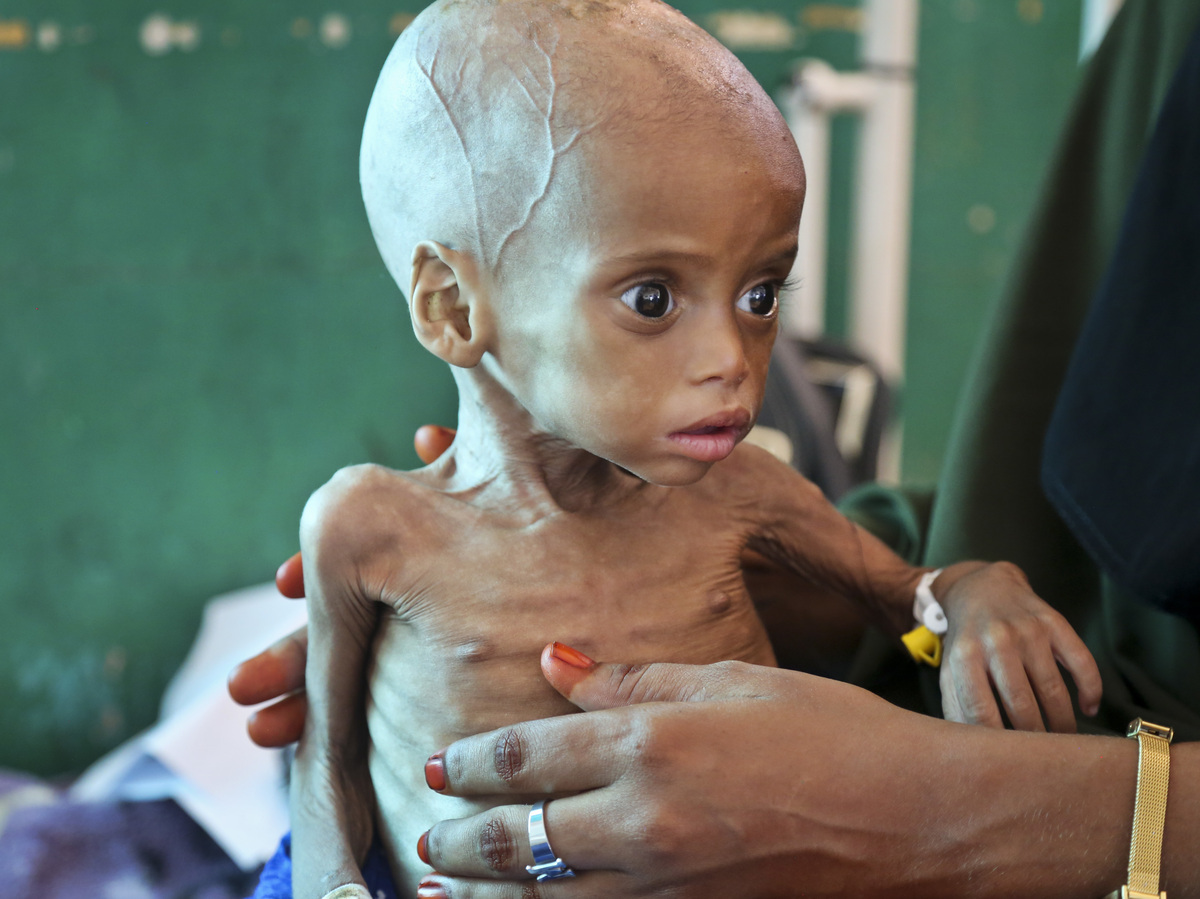 Acutely malnourished child Sacdiyo Mohamed, 9 months old, is treated at Banadir hospital in Somalia on Saturday. Somalia's government has declared the drought there a national disaster.

O'Brien told the U.N. Security Council on Friday that more than 20 million people across four countries in Africa and the Middle East are at risk of starvation and famine.

"We stand at a critical point in our history," he said. "Without collective and coordinated global efforts, people will simply starve to death."

He called the crisis the largest in the history of the U.N., which was founded in 1945, and was specific in his request to the council: "$4.4 billion by July" to combat extreme hunger in Yemen, South Sudan, Somalia, and northeast Nigeria.

"All four countries have one thing in common. Conflict," he said. "This means that we, you, have the possibility to prevent and end further misery and suffering... It is all preventable. It is possible to avert this crisis, to avert these famines — to avert these looming human catastrophes."

In Yemen alone, he said the number of people who don't know where their next meal will come from, has increased by 3 million since January.

NPR has reported extensively on the famine problem in the region, most recently last week, when Somalia's prime minister said 110 people died of hunger in a single region over a two-day period. He guessed that more than 6 million people in his country, or just about half the population, are faced with a food shortage because of a deepening drought.

In South Sudan, two counties are in a "phase five" famine situation, according to a determination rating system our Goats and Soda team looked into last month. That's the worst possible rating, and it means at least two out of every 10,000 people are dying of hunger there every day. Overall, 42 percent of the population in South Sudan is estimated to be food insecure.

The country has been entrenched in civil war since December 2013.

"The situation is worse than it has ever been. The famine in South Sudan is man-made," O'Brien said Friday. "Parties to the conflict are parties to the famine – as are those not intervening to make the violence stop."

And in Nigeria, the fallout from fighting with extremist terror group Boko Haram has left pockets of the country decimated, as NPR's Ofeibea Quist-Arcton reported last month.

"Northeastern Nigeria will probably get worse because the lean food and farming season is coming up between June and August," she said.

"When I was in Nigeria I saw it for myself: pin-thin children being taken care of because there isn't the food to feed them."