Accessibility links
Dozens Dead Or Missing In Landslide At Ethiopian Garbage Dump : The Two-Way People at the Koshe Garbage Landfill at the time of the collapse included scavengers looking for items to sell and people who rented homes at the site. More than 60 people are said to have died.

Dozens Dead Or Missing In Landslide At Ethiopian Garbage Dump

Dozens Dead Or Missing In Landslide At Ethiopian Garbage Dump 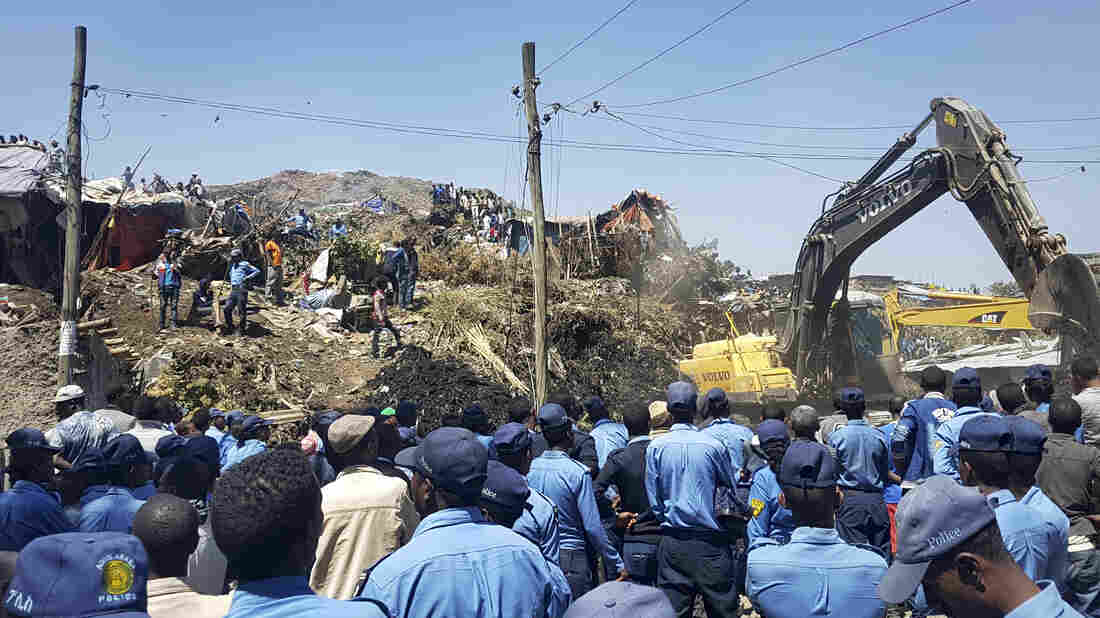 Police officers secure the perimeter at the scene of a garbage landslide, as excavators aid rescue efforts on the outskirts of Ethiopia's capital city, Addis Ababa, on Sunday. Elias Meseret/AP hide caption 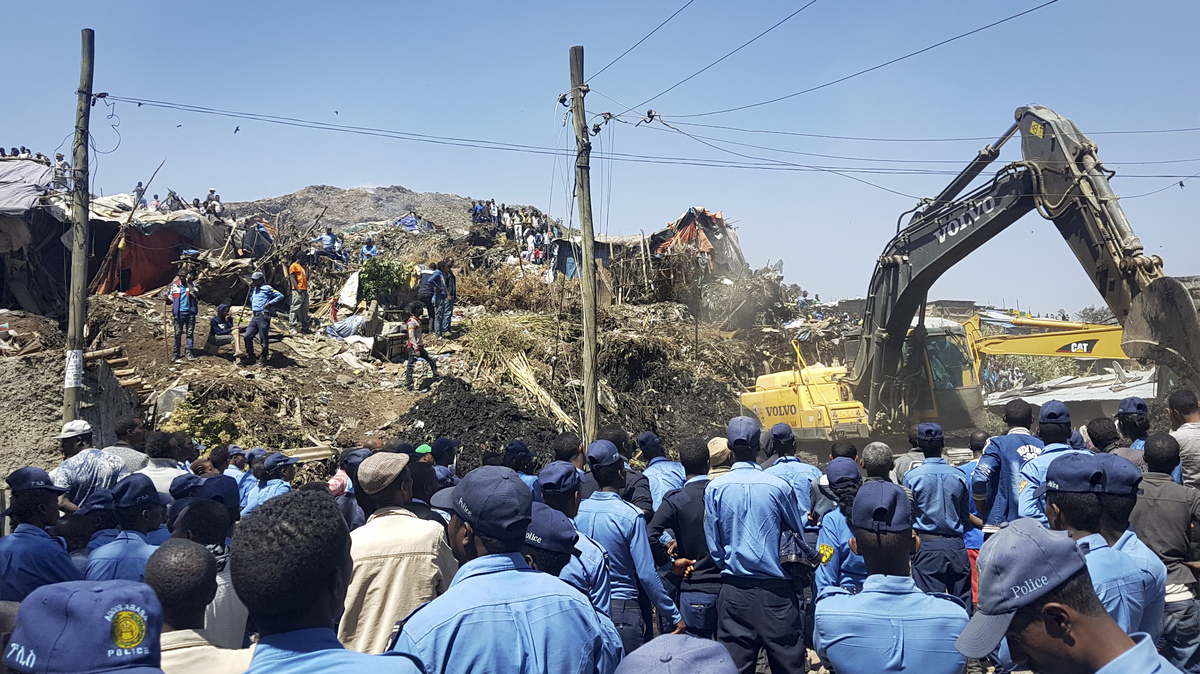 Police officers secure the perimeter at the scene of a garbage landslide, as excavators aid rescue efforts on the outskirts of Ethiopia's capital city, Addis Ababa, on Sunday.

Investigators in Ethiopia are trying to determine why a mountain of trash gave way Saturday night, reportedly killing more than 60 people and leaving several dozen missing, at a massive garbage dump on the outskirts of the capital, Addis Ababa.

The death toll stood at 62 on Monday, according to The Associated Press, which cited the state-affiliated Fana Broadcasting Corporate.

Many people live at the landfill because renting homes there is relatively inexpensive. The homes usually are made of mud or sticks.

Other people at the site of the collapse included scavengers who were looking for items to sell.

About 150 people were at the landfill when the landslide happened, resident Assefa Teklemahimanot told The Associated Press; most of the victims were women and children.

"The resumption of garbage dumping at the site in recent months likely caused the landslide, Assefa said. The dumping had stopped in recent years, but it resumed after farmers in a nearby restive region where a new garbage landfill complex was being built blocked dumping in their area.

"Smaller collapses have occurred at Koshe — or 'dirty' in the local Amharic language — in the past two years but only two or three people were killed, Assefa said.

" 'In the long run, we will conduct a resettling program to relocate people who live in and around the landfill,' Addis Ababa Mayor Diriba Kuma said.

The landfill has been a dumping ground for the capital's garbage for more than 50 years.