Accessibility links
Scientists Catch Star And Possible Black Hole In A Rapid, Dangerous Dance : The Two-Way The white dwarf is whizzing around what researchers think is a black hole at an extraordinary speed — at least twice an hour. It is believed to be a star's closest known orbit to a black hole. 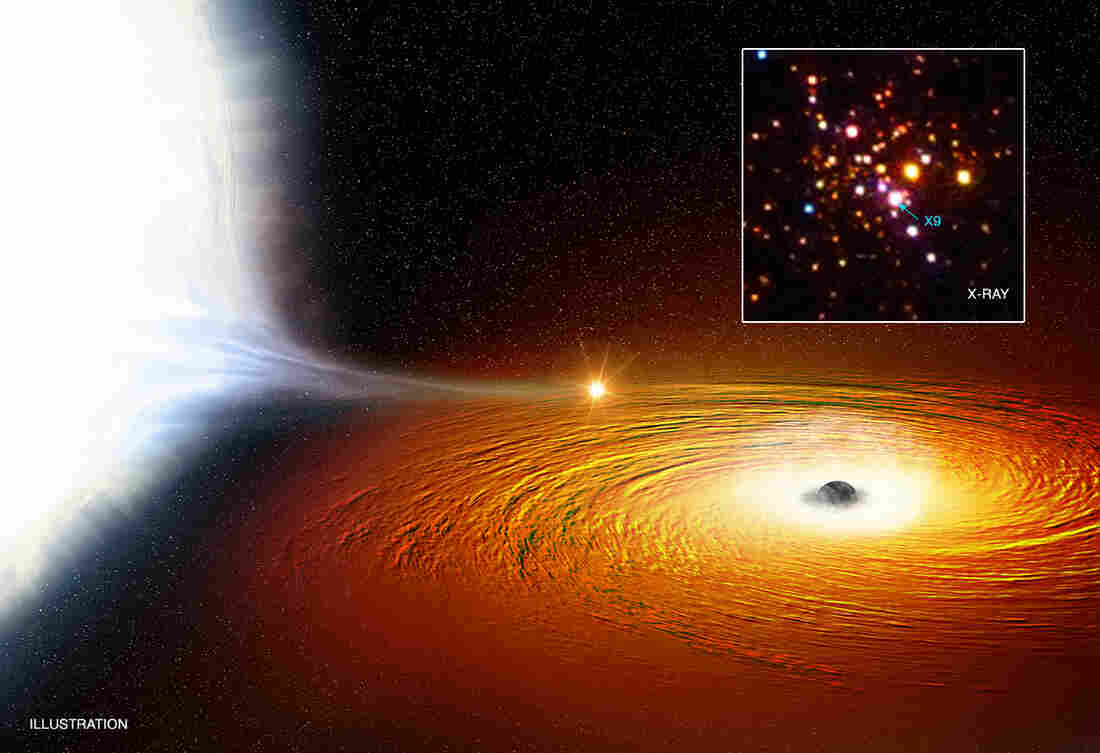 An artist's impression of a white dwarf in an extremely close orbit around what's believed to be a black hole. The star is so close that much of its material is being pulled away. X-ray: NASA/CXC/University of Alberta/A.Bahramian et al.; Illustration: NASA/CXC/M.Weiss hide caption 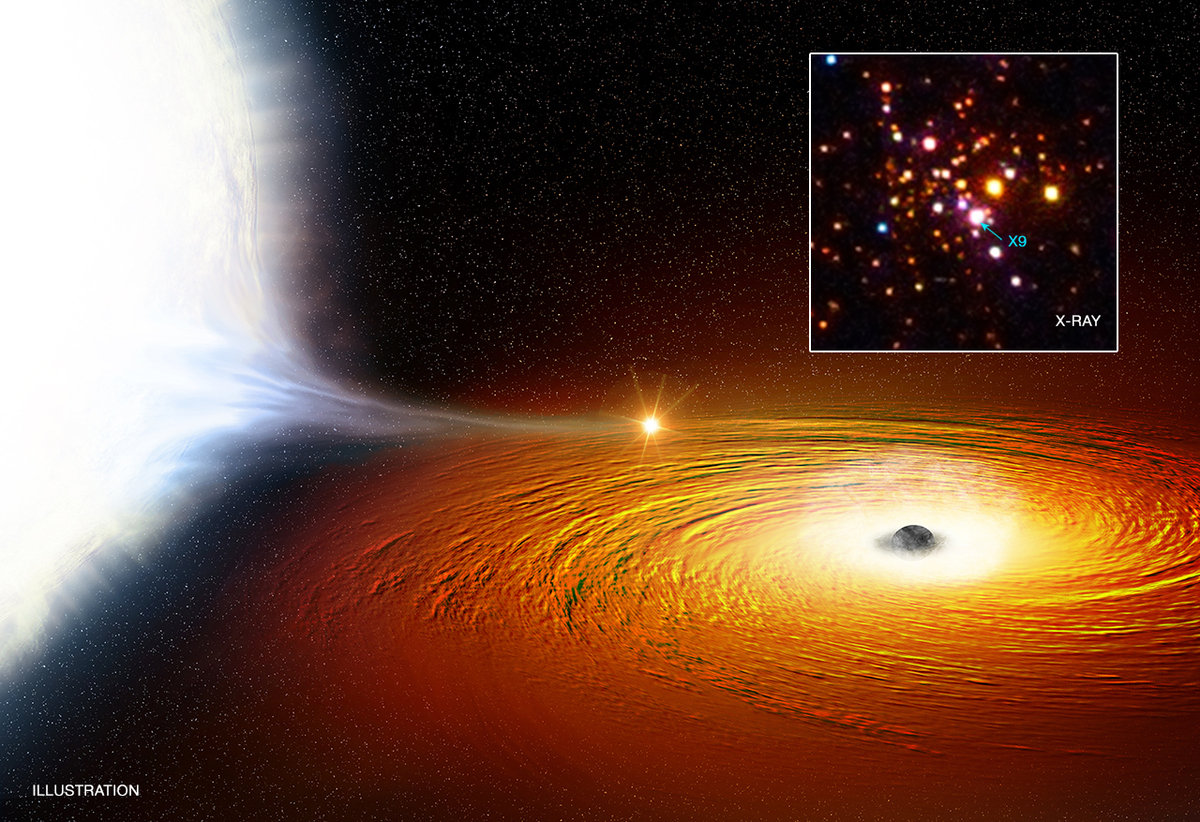 An artist's impression of a white dwarf in an extremely close orbit around what's believed to be a black hole. The star is so close that much of its material is being pulled away.

Scientists have caught sight of a star extremely close to what they think is a black hole, whizzing around it at an extraordinary speed — at least twice an hour. As NASA put it, "This may be the tightest orbital dance ever witnessed for a likely black hole and a companion star."

The pair is in our galaxy, in an area dense with stars some 14,800 light-years from Earth.

Researchers believe the object is a black hole, although other explanations are possible, Michigan State University's Arash Bahramian tells The Two-Way. He's the lead author of a recent paper in Monthly Notices of the Royal Astronomical Society detailing the team's findings.

They're confident the star caught in the dance is a white dwarf, which is the dense remnant of a star, like our sun, after it has died. The white dwarf is close enough to the black hole that it is "pulling matter from the white dwarf onto itself," another indicator of how close the pair is, Bahramian says.

It's the first time that they've identified a system like this one, although they expect there are others. "So that's why it's exciting that we found one, so that we can say they exist," he says.

In 2015, scientists uncovered evidence that one of the objects in the system might be a black hole, because of its "extreme radio brightness." Bahramian says that prompted the researchers to seek observations from three different telescopes: NASA's Chandra X-ray Observatory, NASA's NuSTAR and CSIRO's Australia Telescope Compact Array.

They were able to observe variations in the brightness every 28 minutes, pointing to an extremely fast orbital period of this binary — a term for a pair of celestial objects orbiting each other.

Bahramian said they think the star involved is a white dwarf because it would need to be small to fit into such a rapid orbit. The scientists also found evidence of large amounts of oxygen in the system, an element found in white dwarfs.

So how did this dance start? It's likely a product of the crowded neighborhood, he says:

"Probably the white dwarf was within another binary with another star, and the black hole started interacting with the binaries. So because of the crowded region within the cluster, they interact with each other and a strong gravitation of the black hole pulled the white dwarf out of that binary and made a binary with it, while the other third possible star was kicked away from this system."

It's unclear how this dangerous dance will end. Bahramian explains that "we expect that in the future, the white dwarf will lose so much mass that it will become just a very dense planet-like sphere." He adds that it is "unlikely for it to actually fall toward the black hole."

And what if it's not actually a black hole? He says there's a less-likely scenario where the white dwarf is actually spinning around a neutron star, which are far denser and smaller stars — but "most of the evidence suggests so far that this is a black hole."

Co-author Vlad Tudor of Curtin University told NASA that the team will continue to "watch this binary closely in the future, since we know little about how such an extreme system should behave."