Accessibility links
Brazilian Soccer Star, Convicted In Ex-Girlfriend's Murder, Returns To The Sport : The Two-Way The team that signed Bruno Fernandes de Souza says he "deserves a new opportunity." Souza, sentenced to 22 years in prison for ordering the 2010 murder, was recently released on a technicality. 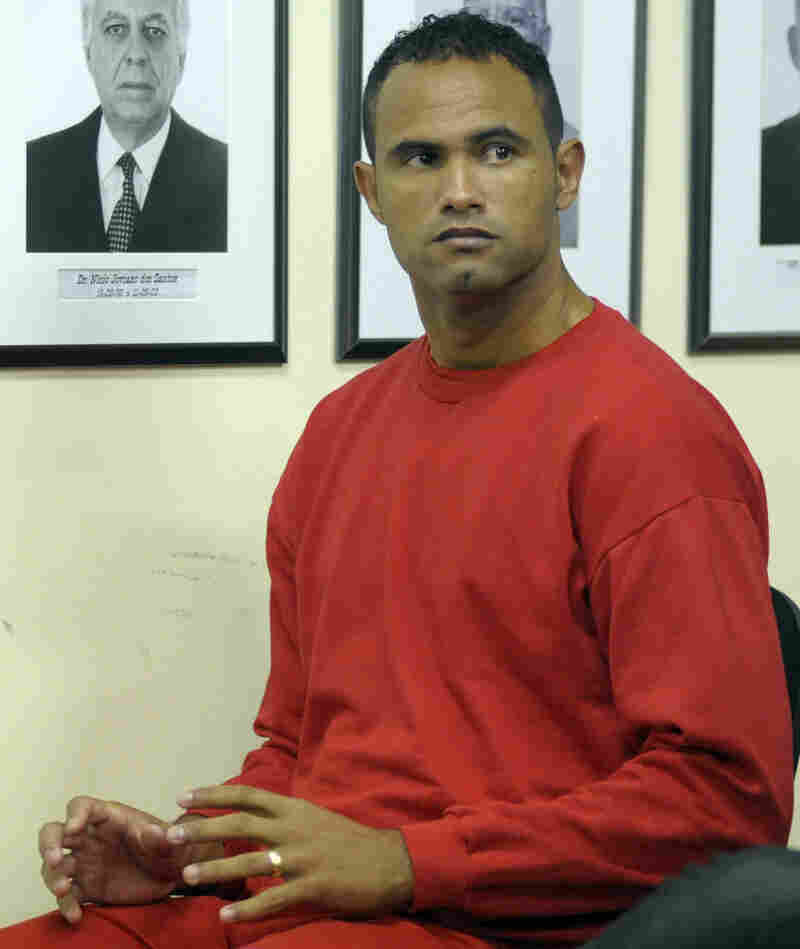 Former star goalie Bruno Fernandes de Souza, shown in 2012 at his murder trial in Contagem, Brazil, was convicted of ordering his ex-girlfriend's death. He was recently released on a technicality and has been signed by another professional soccer team. Gualter Naves/AFP/AFP/Getty Images hide caption 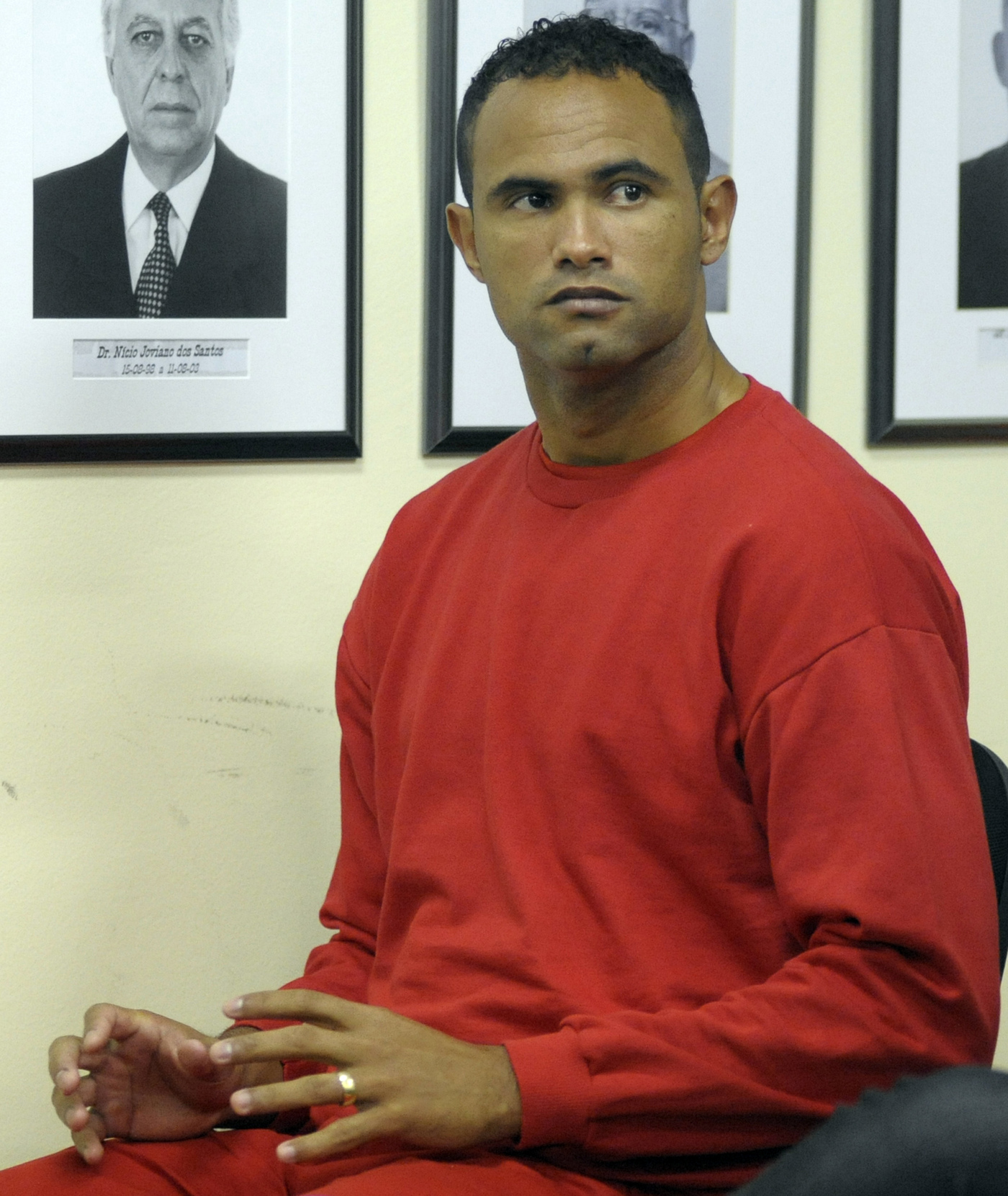 Former star goalie Bruno Fernandes de Souza, shown in 2012 at his murder trial in Contagem, Brazil, was convicted of ordering his ex-girlfriend's death. He was recently released on a technicality and has been signed by another professional soccer team.

A former Brazilian soccer player, sentenced to more than two decades in prison for ordering the murder of an ex-girlfriend, has returned to the sport. He was released from prison on a technicality and swiftly signed by a team.

The decision has prompted outrage in Brazil, The Associated Press reports. Multiple sponsors have pledging to drop their support for Boa Esporte, the team that signed Bruno Fernandes de Souza.

Souza — known as "Bruno" in Brazil — used to play for Flamengo, in Rio de Janeiro. But his career seemed to be over after he was convicted in the grisly 2010 murder of a former girlfriend, Eliza Samudio. CNN has more on the case:

"Bruno, his lover and his ex-wife were among nine people charged with torturing and murdering Samudio, who had been trying to prove [Souza] had fathered her son. ...

"Samudio's body was never found, but the goalkeeper's cousin told the court Samudio had been demanding child support payments and that he had helped to dismember her body and fed her to several dogs."

DNA eventually proved that Souza, who was married at the time, was indeed the father of Samudio's child, the AP reports.

In 2013, Souza was convicted of ordering her murder, hiding her body and kidnapping their son. He confessed that he knew she was strangled and fed to dogs, but denied ordering her death himself, according to the BBC.

Souza was sentenced to more than 22 years in prison, but he was unexpectedly released about a month ago.

"A Supreme Court justice ordered his release on the grounds that his appeal to a higher court was languishing," the AP reports.

Brazil is one of the most dangerous places in the world to be a woman, as NPR's Lulu Garcia Navarro reported in depth last summer.

"In Brazil, a woman is killed every two hours and assaulted every 15 seconds – often by someone she knows — according to a report from the nonprofit Mapa da Violencia," Lulu wrote. There are "specific laws against femicide and violence against women" meant to stem the epidemic — "But those laws haven't been working."

For example, Lulu spoke with Andreza da Silva, whose sister was murdered after she reported her husband for abuse. Here's more from Lulu:

"Her sister's husband became relentless, Silva tells me. He would show up outside the house and threatened that if she didn't come back to him, he would kill her.

"She and the family asked for help, but the police did nothing. The neighbors said nothing.

"She thought he would eventually leave her alone. But on that December morning in 2015, he finally made good on his threats — murdering her in plain view. She was 32.

" 'Why do you think this happened?' I ask Silva.

" 'The men here think that if you are with a woman, you own her,' she tells me."

Teresa Cristina Cabral, a state judge in Brazil who works on domestic violence training and education initiatives, notes that when Bruno de Souza's case was first unfolding some people were critical of Samudio, the murdered woman, for having been Souza's lover in the first place.

"Her behavior was kind of judged ... [like] since she was not a 'good girl,' she deserved to die," she says. 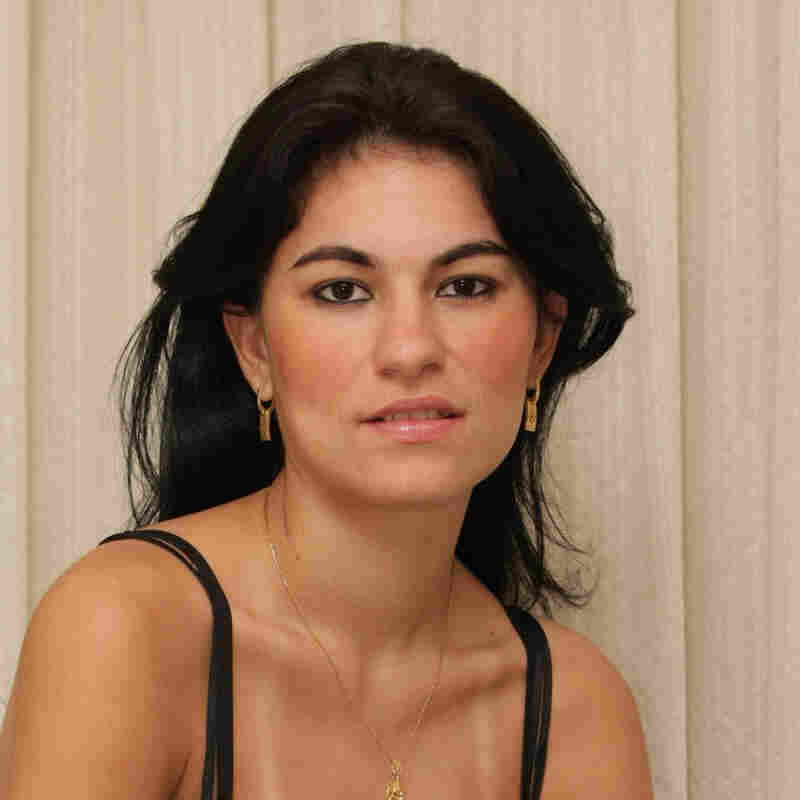 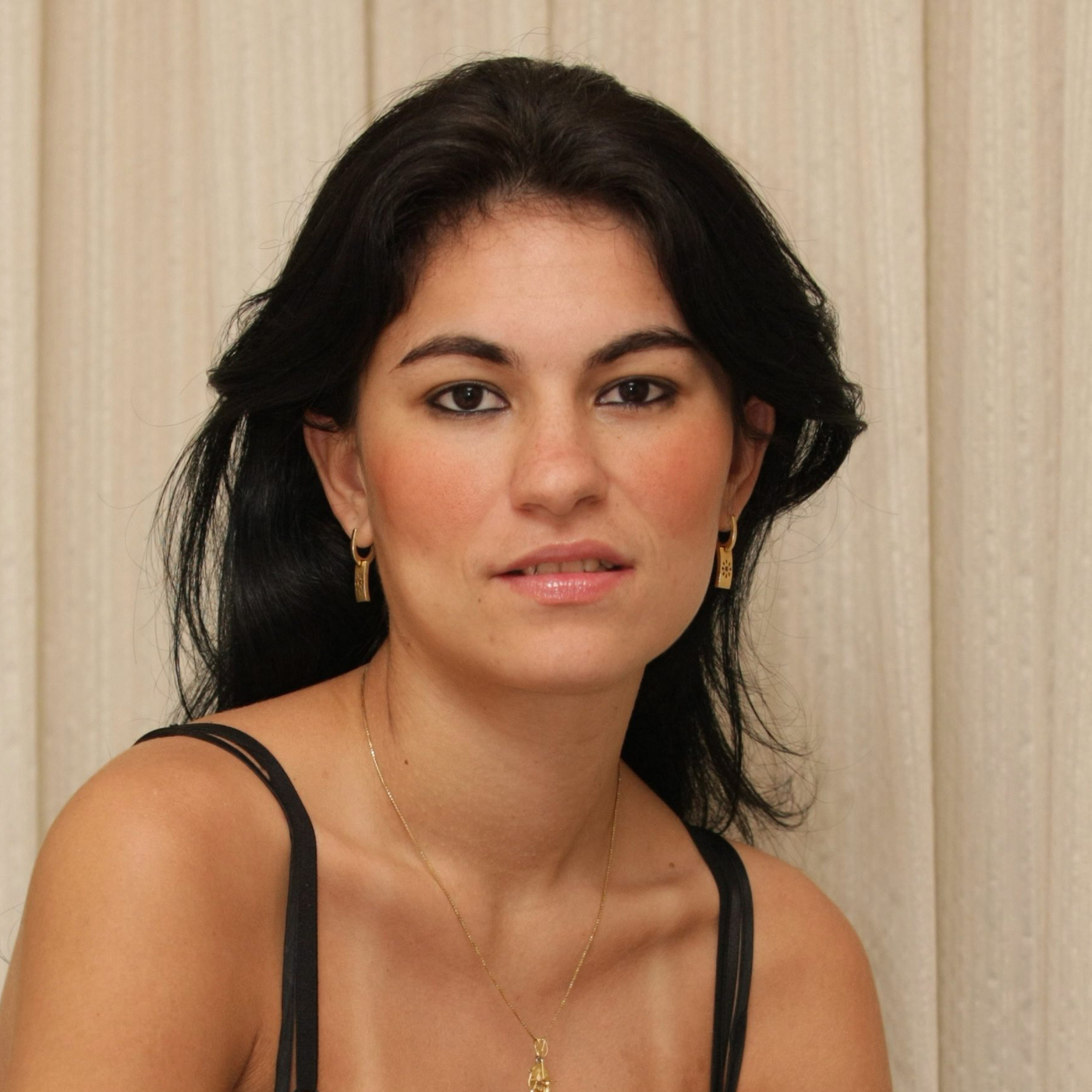 "We don't care if he killed a woman — it doesn't matter, really, because it doesn't have anything to do with his 'professional' behavior," she says. And she worries about the impact on young soccer fans who might absorb the message: " 'Well, it's just a woman that was killed, whatever.' "

Cabral says she was encouraged to see some companies taking a stand against Boa Esporte for signing Souza, but that it's clear cultural attitudes haven't shifted on the issue.

In one Facebook post, the president of the team suggested the team was doing something positive by giving him a job, which could provide "dignity."

In another post, the team said Souza "deserves a new opportunity as a professional," according to a CNN translation.