Accessibility links
EPA Reopens U.S. Rules Setting Vehicle Efficiency Standards For 2025 : The Two-Way U.S. automakers may not have to reach fuel efficiency standards that were set during the Obama administration, which had set a target of 54.5 miles per gallon for the 2025 model year. 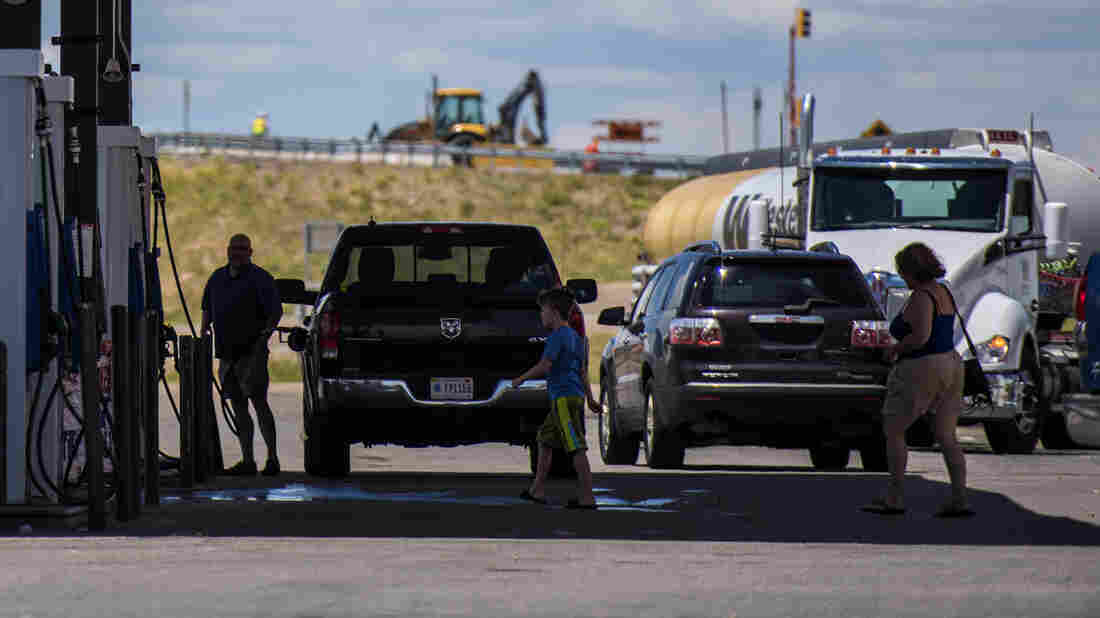 The CAFE standards that set fuel efficiency marks for the auto industry will be reopened for review, the Trump administration says. Here, vehicles refuel at a roadside gas station in New Mexico. Bloomberg via Getty Images hide caption 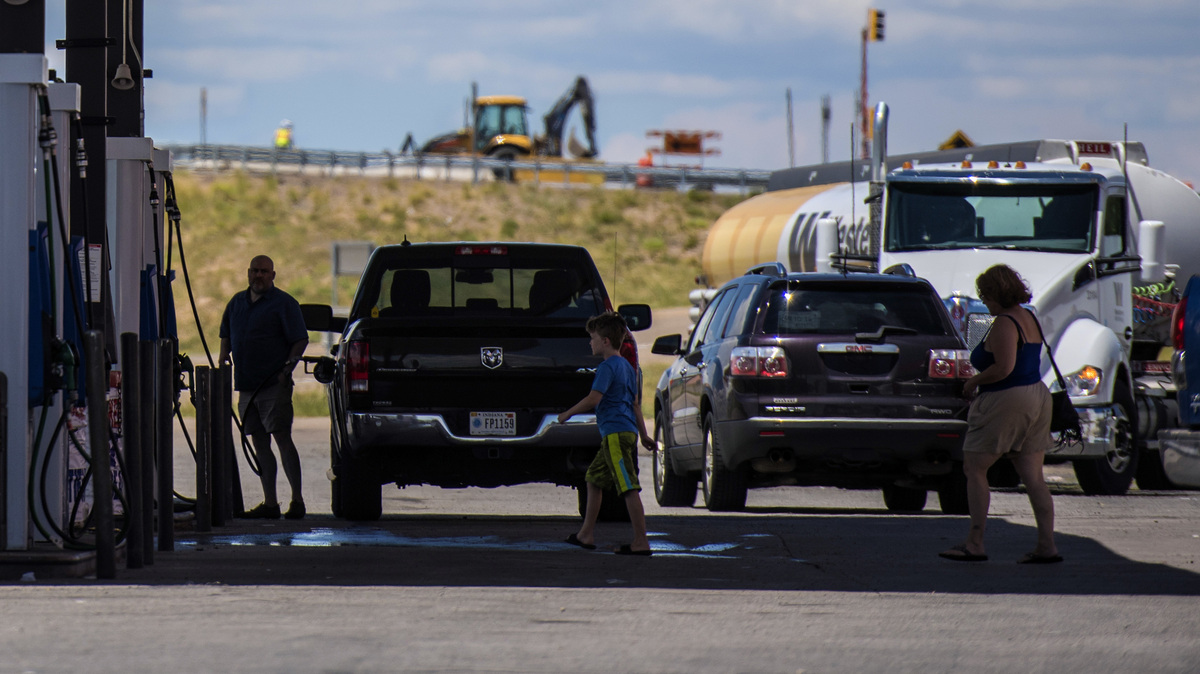 The CAFE standards that set fuel efficiency marks for the auto industry will be reopened for review, the Trump administration says. Here, vehicles refuel at a roadside gas station in New Mexico.

U.S. automakers may not have to reach fuel efficiency standards that were set during President Obama's administration, as the Environmental Protection Agency says it's reopening a review of the rules.

President Trump is expected to make that announcement Wednesday in meetings with auto industry executives and workers in Michigan.

In Washington, a senior White House official said the president wants to "set standards that are technologically feasible, economically feasible and allow the auto industry to grow and create jobs."

The Obama-era rules stemmed from an agreement the government reached with major vehicles in the summer of 2011, setting carbon dioxide emissions targets for passenger cars and light trucks that were equivalent to the industry's fleet of achieving an average of 54.5 miles per gallon by the 2025 model year.

The reopening of the rules review comes after a request from the Alliance of Automobile Manufacturers, an industry group that represents both domestic and foreign automakers. The group's request came last month, after the confirmation of Scott Pruitt as EPA administrator.

Changing the standards isn't expected to be a simple process. Noting that an agreement usually includes the EPA, the Department of Transportation and the state of California, NPR's Sonari Glinton reports about the regulations on today's Morning Edition:

"There is a question in here about whether these regulations were 'final-final.' But the White House wants to review them in 2018, and so do the automakers. And essentially there's going to be a battle every inch of the way. Many environmental groups are just waiting to file suit. But to be clear, this is just whether to review a regulation — we're not necessarily at the point of changing the fuel standards quite yet."

The EPA is expected to attempt to roll back rules that the Obama administration formally unveiled in 2012, when it mandated nearly doubling gas efficiency by 2025. As NPR reported, those requirements were seen as "a rare example of industry agreeing to tough environmental regulations."

Under the deal, the EPA had been scheduled to conduct a midterm review of the efficiency standards. After Democrats lost the presidency in last November's election, the agency moved ahead with that review, issuing a proposed determination on Nov. 30 that triggered a 30-day public comment period. On Jan. 12, then-EPA Administrator Gina McCarthy signed off on her final determination that maintained the 2025 targets. In its letter to the EPA, the Alliance of Automobile Manufacturers said the EPA had rushed to complete the review process.

The senior White House official characterized Trump's move as an attempt "to get this mid-term review back on track."

He also said the administration is not seeking to withdraw a waiver allowing California to set its own higher emission standards. But he indicated that this issue could come up in 2018.

The Obama-era agreement followed the federal bailout of General Motors and Chrysler; it also came at a time of high U.S. gas prices, when the average price per gallon topped $4 in some states. But as gas prices fell, both consumers and automakers put less focus on maximizing fuel efficiency.

New guidelines could give automakers more reasons to focus on gas-powered, rather than electric or hybrid, vehicles.

Without federal regulations leading the way, Sexton says, there's no guarantee that work on electric cars will continue.

But other experts caution that whatever changes come, they won't have an immediate effect. The EPA will need to hold a public review process, for instance. And then there's the promise of legal battles — with environmental groups, and perhaps with California and other states that have set their own standards for emissions.

"What it's going to do is, it's going to throw the auto industry into chaos," Roland Hwang, the Natural Resources Defense Council's director of energy and transportation, tells Sonari, "because to unwind these standards will be a years-long battle in the courts."