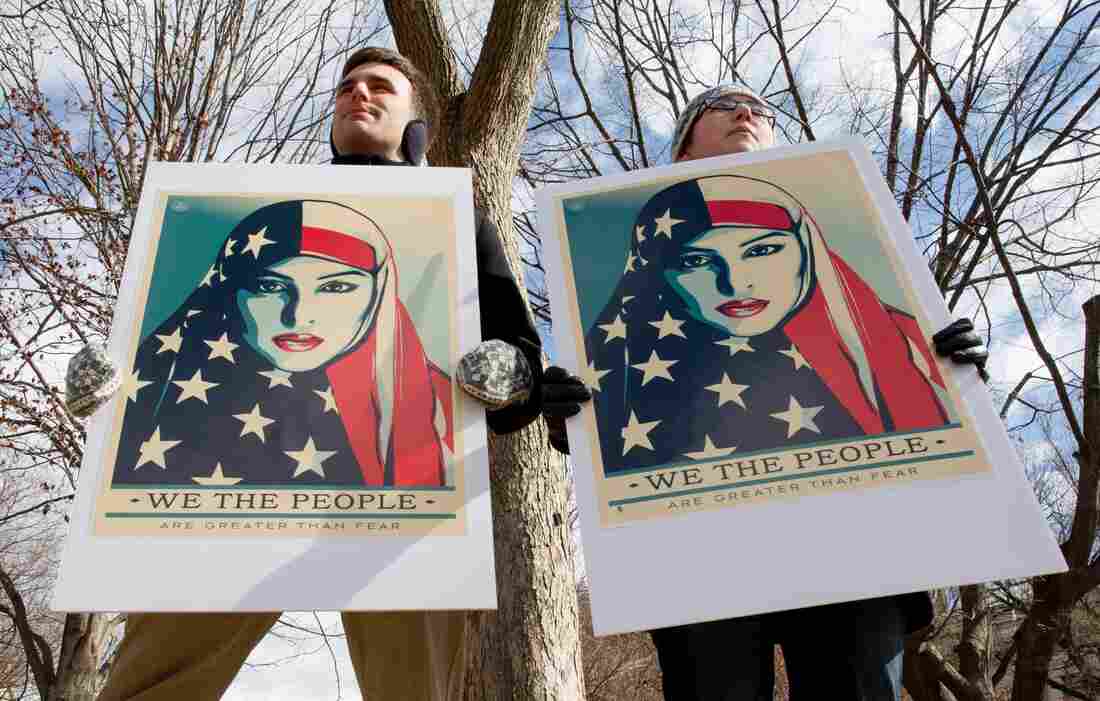 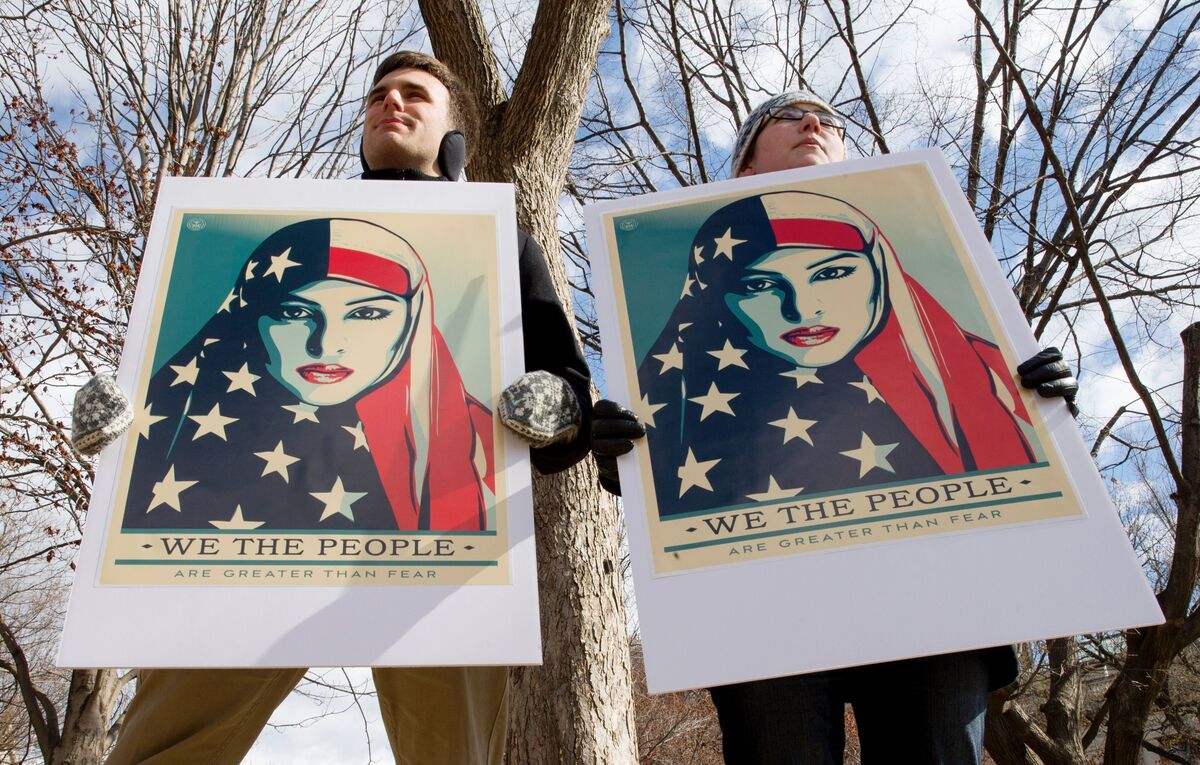 Trump, speaking at a rally in Nashville, Tenn., called the restraining order "unprecedented judicial overreach." He said, "The law and the Constitution give the president the power to suspend immigration — when he deems — or she, fortunately it will not be Hillary, 'she' — when he or she deems it to be in the national interests of our country."

He said he would fight all the way to the Supreme Court if necessary.

Department of Justice attorneys had argued that the ban was necessary to protect the nation's security and that it had been revised to address legal concerns. State attorneys general and immigrant rights activists argued the travel ban amounted to an unconstitutional Muslim ban.

"The Department of Justice strongly disagrees with the federal district court's ruling, which is flawed both in reasoning and in scope. The President's Executive Order falls squarely within his lawful authority in seeking to protect our Nation's security, and the Department will continue to defend this Executive Order in the courts."

After a federal district court and the 9th Circuit Court of Appeals blocked the first travel ban, the revised version temporarily suspended entry by travelers from six mostly Muslim countries, not seven, as the original did. (Iraq was dropped from the list.) And the new order made clear that it didn't apply to lawful permanent residents, also known as green card holders, or to people holding valid visas issued before the ban's effective date.

Refugees from Syria were no longer banned indefinitely. And the revised order dropped language that was intended to favor religious minorities, which Trump had signaled would apply to persecuted Christians from the Middle East.

Watson wrote that the state of Hawaii, challenging the executive order, has a strong likelihood of succeeding in pursuing the claims that the president's action would violate protections against religious discrimination and would hurt state businesses and universities, as well as the tourism industry.

The judge concluded, based on the historical context of the travel ban and public statements made by the president, that "a reasonable, objective observer ... would conclude that the Executive Order was issued with a purpose to disfavor a particular religion[.]"

Lawyers for the Justice Department had argued that Trump acted within his powers to set immigration policy and protect national security. They also argued that Hawaii's claims of harm were speculative.

But attorneys for Hawaii offered the case of Ismail Elshikh, the imam of a Honolulu mosque. His mother-in-law has applied for an immigrant visa from Syria. Elshikh said that she would be barred from the United States if the executive order were implemented.

Along with Hawaii, courts in Maryland and Washington state have heard challenges to the new revised travel ban.

Federal District Judge James L. Robart, who had blocked much of the White House's first travel ban last month in Seattle, is also handling two cases challenging the new ban. One case involves four citizens or permanent residents who argue that access to visas for their family members would be disrupted. The other challenge comes from Washington Attorney General Bob Ferguson — along with his counterparts from Minnesota, New York, California, Maryland, Massachusetts and Oregon.

"What we're looking at is what Donald Trump said when he was running for president," Ferguson told NPR's Morning Edition. "He said he wanted to create a Muslim ban." Ferguson argues that's "strong evidence that the intent behind these executive orders was actually less about national security and more about a Muslim ban."

In a case before U.S. District Judge Theodore D. Chuang in Maryland, Department of Justice lawyer Jeffrey Wall argued that the executive order "doesn't say anything about religion" and "doesn't send a religious message."

In that case, the plaintiffs are two refugee rights groups being helped by the American Civil Liberties Union and the National Immigration Law Center. They maintain the order is a Muslim ban, like Trump proposed on the campaign trail. Lee Gelernt of the ACLU tells NPR that the context of the order, including Trump's campaign statements, should be considered and makes the order's intent clear.

"The purpose of this was to ban Muslims and we are hopeful that the judge, like other courts, will ... not turn a blind eye to what's happening — that the administration just made certain tweaks to get around a court order but still has the same policy purpose," Gelernt said.

When the White House announced the second travel ban last week, Attorney General Jeff Sessions offered some new support for the temporary freeze on refugee resettlement. "More than 300 people who came here as refugees are under FBI investigation for potential terrorism-related activities," Sessions said. But the Department of Justice declined to provide further information about the nature of those cases or which countries those refugees came from.

Refugee resettlement organizations argue that there's no legitimate reason for the ban. They say it would cause lasting harm to them and the people they assist.

"It's not just about picking up refugees at the airport," said Mark Hetfield, CEO of HIAS, one of the nine major resettlement agencies and a plaintiff in the Maryland case. On a conference call with reporters, Hetfield said that agencies like his offer a range of services, such as help locating and furnishing apartments, finding a job and getting kids signed up for school. If the refugee program is suspended, Hetfield says, it will be "very difficult to get things going again."

Lawyers for DOJ said a travel ban gives time to shore up vetting procedures for travelers from six countries that either are state sponsors of terrorism or have harbored terrorists.