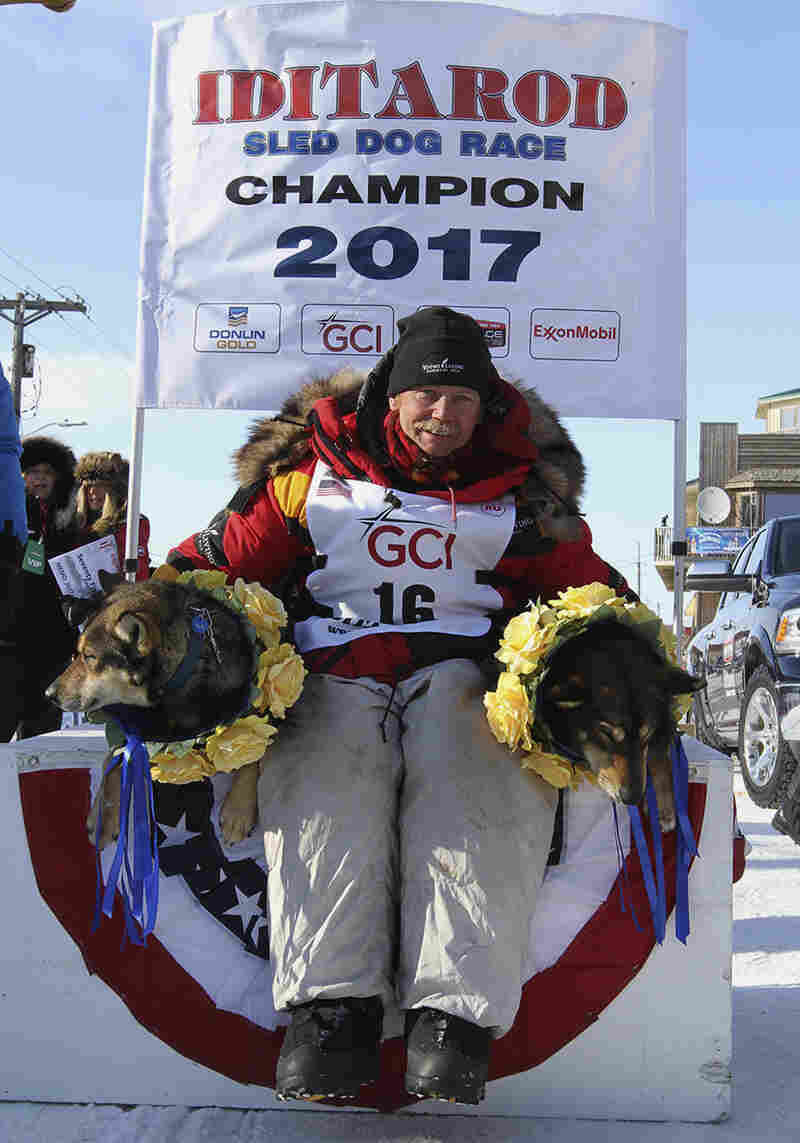 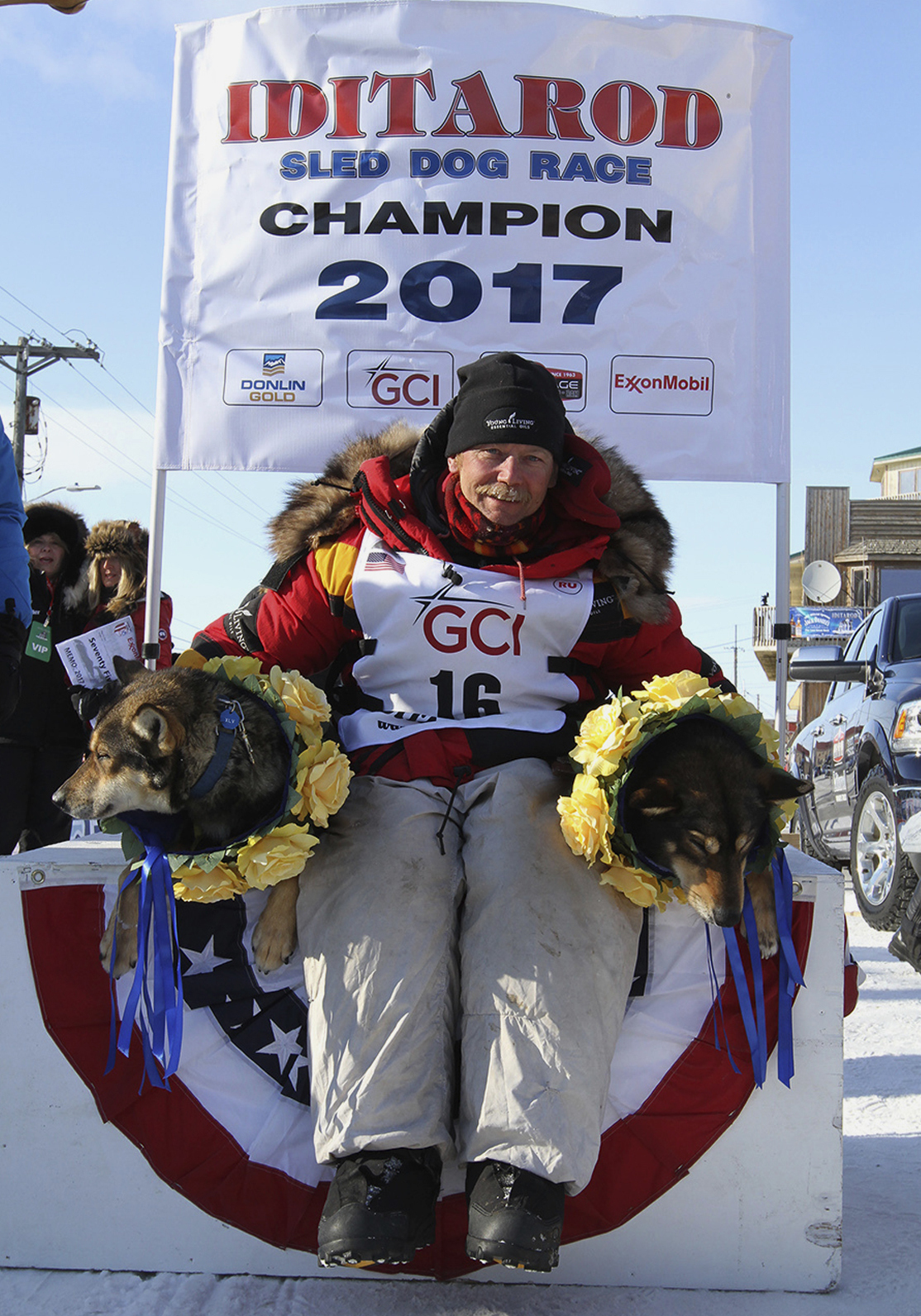 Mitch Seavey poses with his lead dogs Pilot, left, and Crisp under the Burled Arch after winning the 1,000-mile Iditarod Trail Sled Dog Race, in Nome, Alaska, on Tuesday. Seavey won his third Iditarod, becoming the fastest and oldest champion at age 57.

Mitch Seavey has been the first to cross the finish line under the famed burled arch before — he previously won the famed Alaska Iditarod Trail Sled Dog Race in 2013 and 2004.

This year he became the fastest and the oldest musher to win the race.

In fact, Mitch Seavey shaved several hours off the record that his son set last year.

"Fifty-seven used to be old, and it's not anymore," Seavey said during a post-race news conference.

The Seavey family's history goes back to the first Iditarod in 1973 when Mitch Seavey's dad raced in it.

The Alaska Dispatch News interviewed the winner after the race:

" 'They love speed,' Seavey said of his sled dogs. 'I think it frustrated them to go too slow, so I just let 'em roll. It was scary because I've never gone that far that fast ever, but that's what they wanted to do and maybe it's a new chapter.'

"Seavey's team recorded 10 and 11 mph runs and the separation he built over other racers gave him the flexibility to bank generous rest for his dogs, and himself, as they moved up the Norton Sound coast in the race's final days.