Accessibility links
Dutch Election Is Underway, In Latest Test Of Populist Nationalism : The Two-Way High voter turnout was reported by local media in the first hours of voting, with 33 percent of voters hitting the polls by 1:45 p.m. local time.

Dutch Election Is Underway, In Latest Test Of Populist Nationalism

Dutch Election Is Underway, In Latest Test Of Populist Nationalism 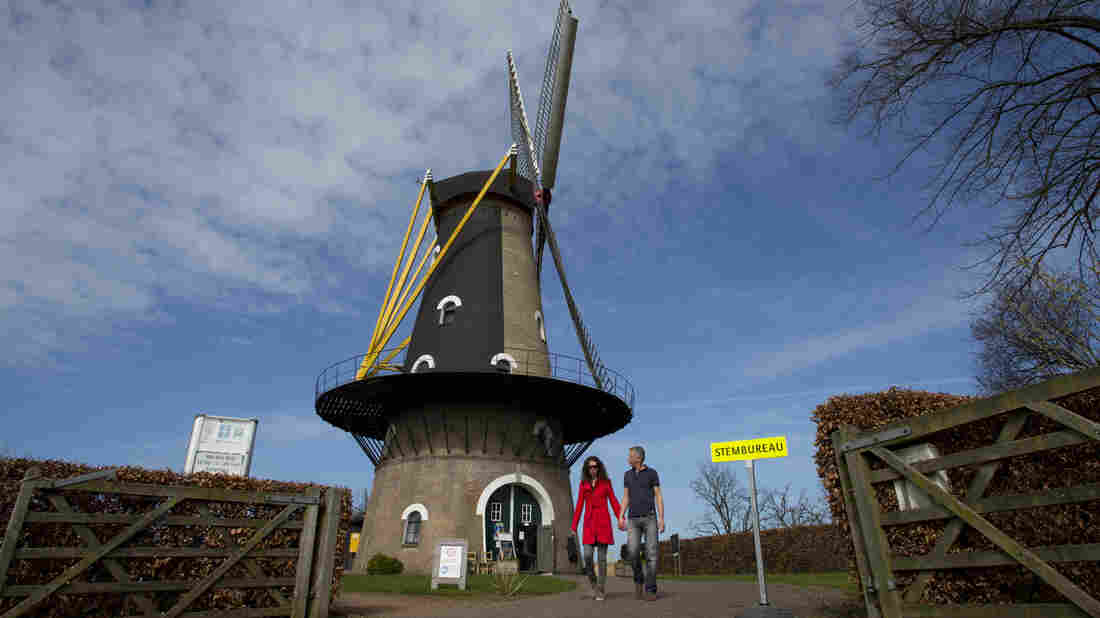 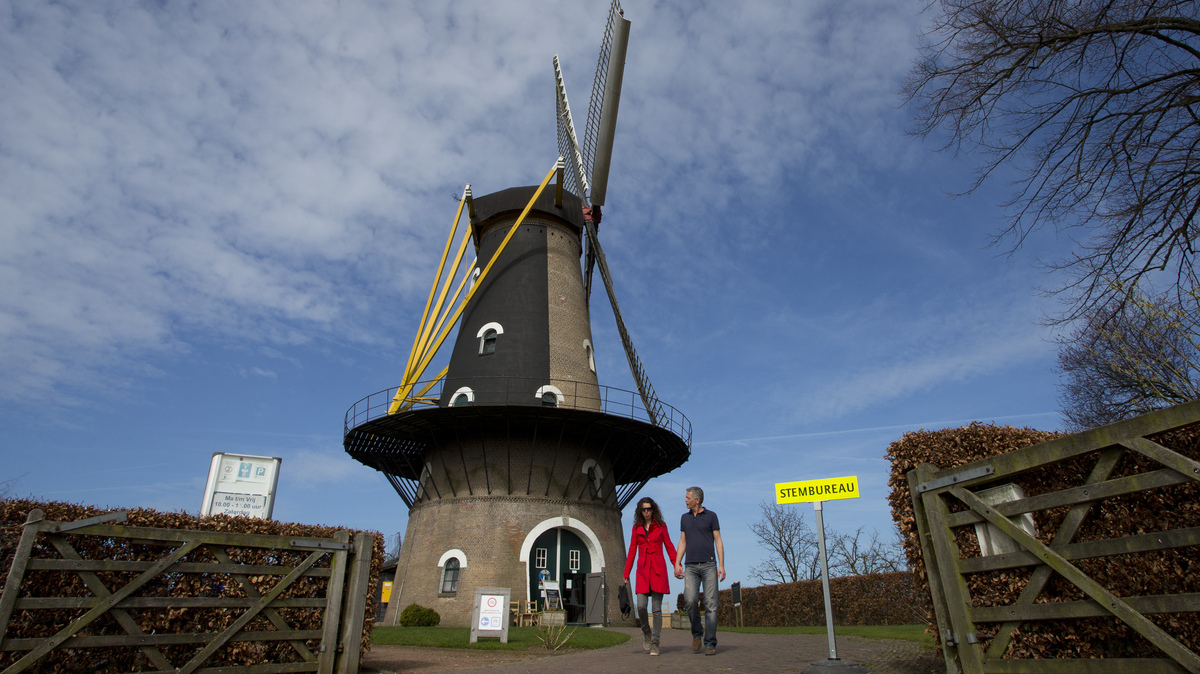 Dutch voters are choosing a new government Wednesday, in parliamentary elections that right-wing politician Geert Wilders — aka "the Dutch Donald Trump" — hopes will put his Freedom Party in power. The vote is seen as a test of the power of populist nationalism, which won key votes in Britain and the U.S.

High voter turnout was reported by local media in the first hours of voting, with 33 percent of voters hitting the polls by 1:45 p.m. local time, according to public broadcaster NOS. The last polls are scheduled to close at 9 p.m. — 4 p.m. ET here in the U.S. — and the tabulation will begin.

The Dutch vote is being watched closely in Europe — particularly because Wilders has pledged to take the Netherlands out of the EU. The vote also comes before national elections in France and Germany, where right-wing candidates are eyeing gains.

After voting in The Hague, Prime Minister Mark Rutte addressed camera crews and urged voters to reject Wilders, asking the Dutch public to think about how a Freedom Party win would look.

"I think the rest of the world will then see that after Brexit, after the American elections, again the wrong sort of populism has won the day," he said, according to the BBC.

When Wilders voted around an hour earlier, he told reporters, "Whatever the outcome of the election today, the genie will not go back into the bottle."

Wilders' party was among the leaders in opinion polls, riding a wave of concerns about migrants and Muslims. The Freedom Party slipped in the last round of polls before today's vote — but we'll note that polls in both Britain and the U.S. proved unreliable in the face of strong voter sentiment.

Rutte and his ruling Liberal Party are among the 13 parties that hope to win seats and set the national agenda by either picking a leader outright or forming a coalition government.

In recent appearances, Wilders has been seen wearing a bulletproof vest. As NPR's Frank Langfitt has reported, "Al-Qaida and ISIS have threatened to kill him."

"Wilders, who's been compared to Trump by the Dutch press and some voters, is a colorful figure, known for his bleached-blond pompadour and extreme rhetoric. He has been running an anti-Islam, anti-immigrant 'Holland First'-style campaign and has vowed to 'make the Netherlands ours again.' "

Saying that Wilders appeals to "a broad range of people," from older voters to those who feel immigration threatens to take away their livelihoods, a Dutch political analyst discussed the people who've swayed elections in Britain and the U.S. — and are now giving Wilders momentum:

"I think they're exactly the same people. They are people who not necessarily are poor, but actually have a lot to lose. Trump voters, they earned over $70,000 per annum. You see a large part of the Wilders vote, they're earning a lot of money. Most of them earn more this year than last year, but they feel that they might lose everything. So, it's not what they have, it's what they think they might lose."