Accessibility links
A New Zealand River Now Has The Legal Rights Of A Human : The Two-Way Lawmakers granted the Whanganui River the rights of legal representation on Wednesday. The vote caps over a century of struggle by the local Maori people, who see the waterway as a sacred ancestor. 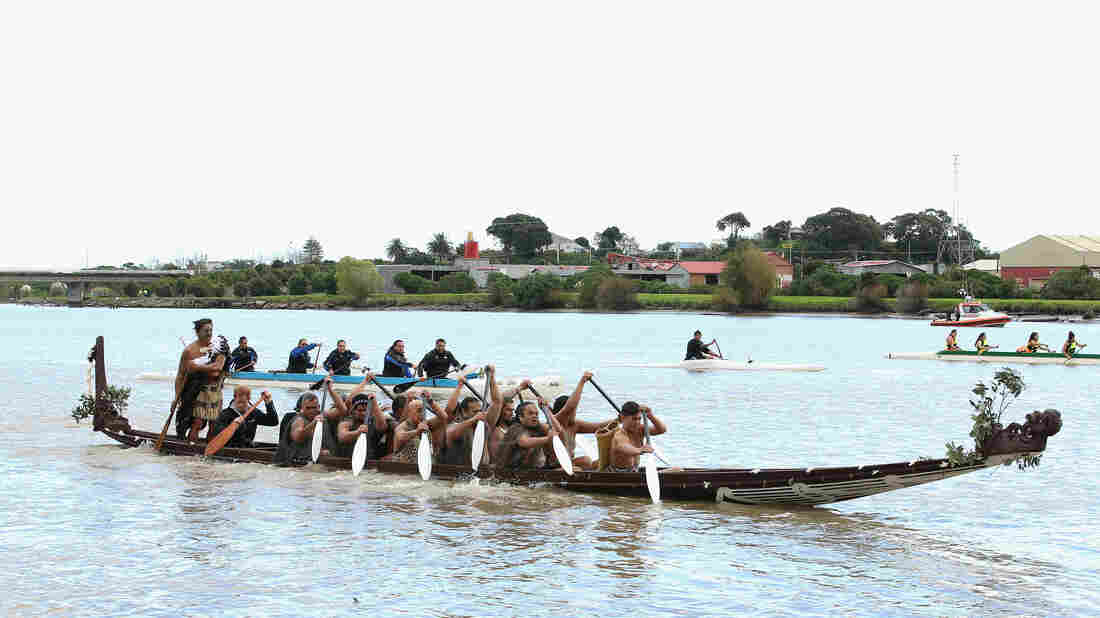 Māori paddlers guide a boat down the Whanganui River in New Zealand, during a visit from Britain's Prince Harry in 2015. Chris Jackson/Getty Images hide caption 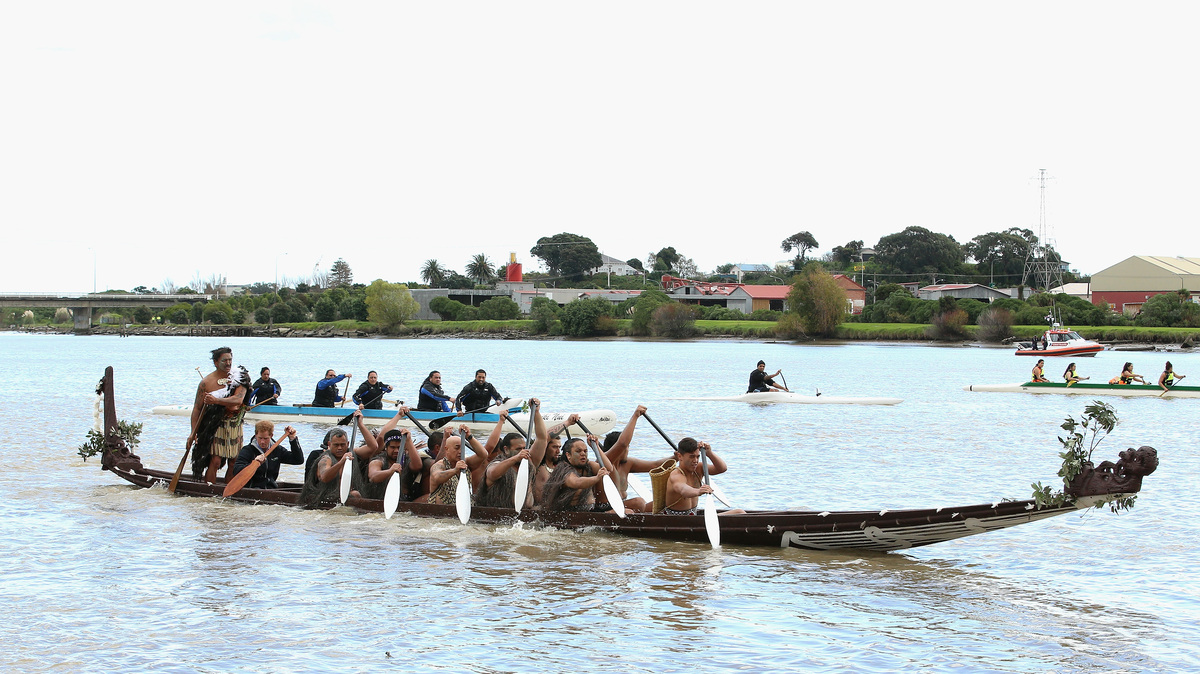 Māori paddlers guide a boat down the Whanganui River in New Zealand, during a visit from Britain's Prince Harry in 2015.

For the first time in New Zealand's history, the country's lawmakers have granted a river the legal rights of a human. The parliamentary vote Wednesday, which caps more than 140 years of legal struggles, ensures the roughly 90-mile Whanganui River will be represented by two guardians in legal matters that concern the waterway.

The legislation marks a monumental victory for the local Māori people, who view the river as "an indivisible and living whole," Gerrard Albert, lead negotiator for the Whanganui tribe, tells The Telegraph. "It has been a long, hard battle" to earn legal recognition of the river, which is known by the Māori as Te Awa Tupua.

Under that name, the river will be appointed representatives — one each from the tribe and the government — in court proceedings. And the BBC notes the settlement also includes $80 million in financial redress and $30 million toward improving the river's health.

"It's not that we've changed our worldview, but people are catching up to seeing things the way that we see them," Adrian Rurawhe, a Māori member of Parliament, tells the New Zealand Herald.

It is, however, a new concept for New Zealand's government — and one it took a long time to come around to. The Herald reports the local Māori have sought to obtain legal protections for the Whanganui River since 1873, giving rise to "one of New Zealand's longest running court cases."

With the news that their generations-long efforts have finally succeeded, the hundreds of tribal representatives on hand for the moment "wept with joy when their bid to have their kin awarded legal status as a living entity was passed into law," according to The Guardian.

In the legislative chamber the Māori present sang a waiata, or a traditional Māori folk song, in celebration.

Chris Finlayson, New Zealand Minister for Treaty of Waitangi Negotiations, admitted the arrangement is a unique one in the country's history — but he says it's not as unfamiliar as you may think.

"I know the initial inclination of some people will say it's pretty strange to give a natural resource a legal personality," Finlayson says, according to the BBC. "But it's no stranger than family trusts, or companies or incorporated societies."

In the end it's a matter of recognition, Finlayson tells Buzzfeed News.

"This legislation recognizes the deep spiritual connection between the Whanganui Iwi [tribe] and its ancestral river, and creates a strong platform for the future of Whanganui River."