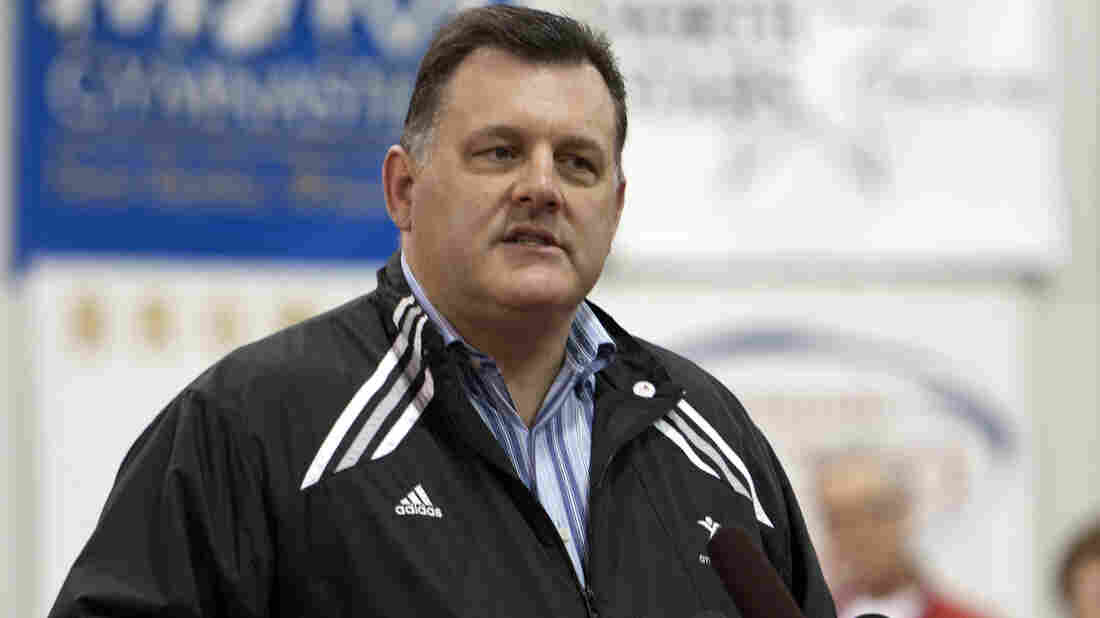 Steve Penny, president and CEO of USA Gymnastics, welcomes guests and media in Huntsville, Texas, in 2011. Penny resigned Thursday, amid accusations that his organization ignored the sexual abuse of children by adults working in the sport. Bob Levey/Getty Images for Hilton hide caption 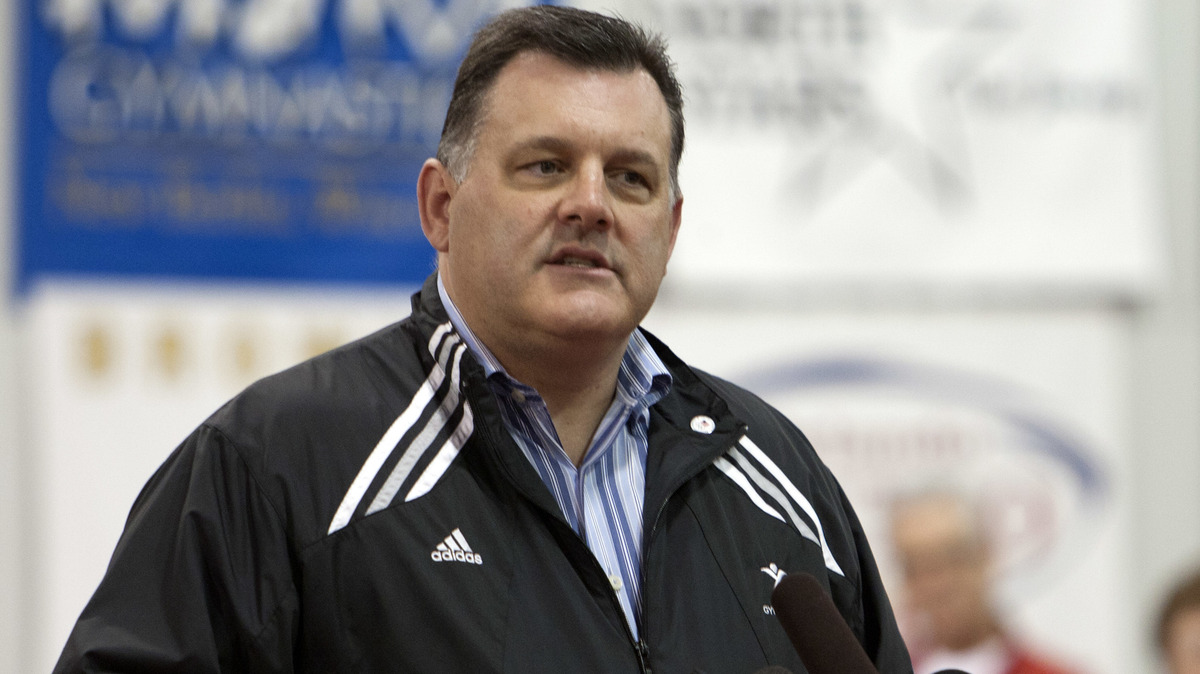 Steve Penny, president and CEO of USA Gymnastics, welcomes guests and media in Huntsville, Texas, in 2011. Penny resigned Thursday, amid accusations that his organization ignored the sexual abuse of children by adults working in the sport.

The president and CEO of USA Gymnastics has resigned, months after an investigative report by The Indianapolis Star alleged that the organization ignored reports of sexual abuse by adults working in the sport, including coaches and a prominent doctor.

Steve Penny, who served as the group's head for more than a decade, announced his resignation on Thursday.

In a statement, Penny did not apologize or admit any wrongdoing. He said he's stepping aside "solely to support the best interests of USA Gymnastics."

"It has been heartbreaking to learn of instances of abuse and it sickens me that young athletes would be exploited in such a manner," he said.

The Indianapolis Star, which broke the story about allegations of widespread child sex abuse in the U.S. gymnastics world, reports that Penny "has been personally responsible for handling sexual abuse complaints since becoming president in 2005, according to his sworn testimony in a Georgia lawsuit." It also notes that Penny "has grown the organization financially" in his tenure, and earned more than $600,000 in 2015.

Paul Parilla, the chairman of USA Gymnastics' board of directors and the interim head of the organization, said the board believes Penny's resignation "will help USA Gymnastics face its current challenges. ... USA Gymnastics and the entire gymnastics community must work together to focus on keeping athletes safe."

The organization is currently undergoing a review of its practices, in the wake of the explosive report from the Indianapolis Star.

As The Two-Way wrote in December, IndyStar journalists Tim Evans, Mark Alesia and Marisa Kwiatkowski reviewed hundreds of police and court documents and found that over two decades, at least 368 gymnasts alleged they were sexually assaulted or exploited by adults connected to the sport:

"[The journalists] reported that USA Gymnastics had ignored complaints and warnings about predatory coaches, and failed to report allegations to authorities.

"They now conclude that abusive coaches were 'allowed to move from gym to gym' — quietly fired from one gym before being hired at another. ...

"They say it's unclear from the records how many accusers and alleged abusers were USA Gymnastics members, 'because the organization does not disclose that information,' but that their research reveals widespread abuse across American gymnastics."

You can read the Indianapolis Star investigation here. One of the reporters, Kwiatkowski, recently spoke with NPR about the pressure on Penny to resign. You can hear that interview here.