Accessibility links
Study: 'Urgent' Action Against Global Warming Needed To Save Coral Reefs : The Two-Way After another major coral bleaching event, a new study has concluded that securing a future for coral reefs "ultimately requires urgent and rapid action to reduce global warming." 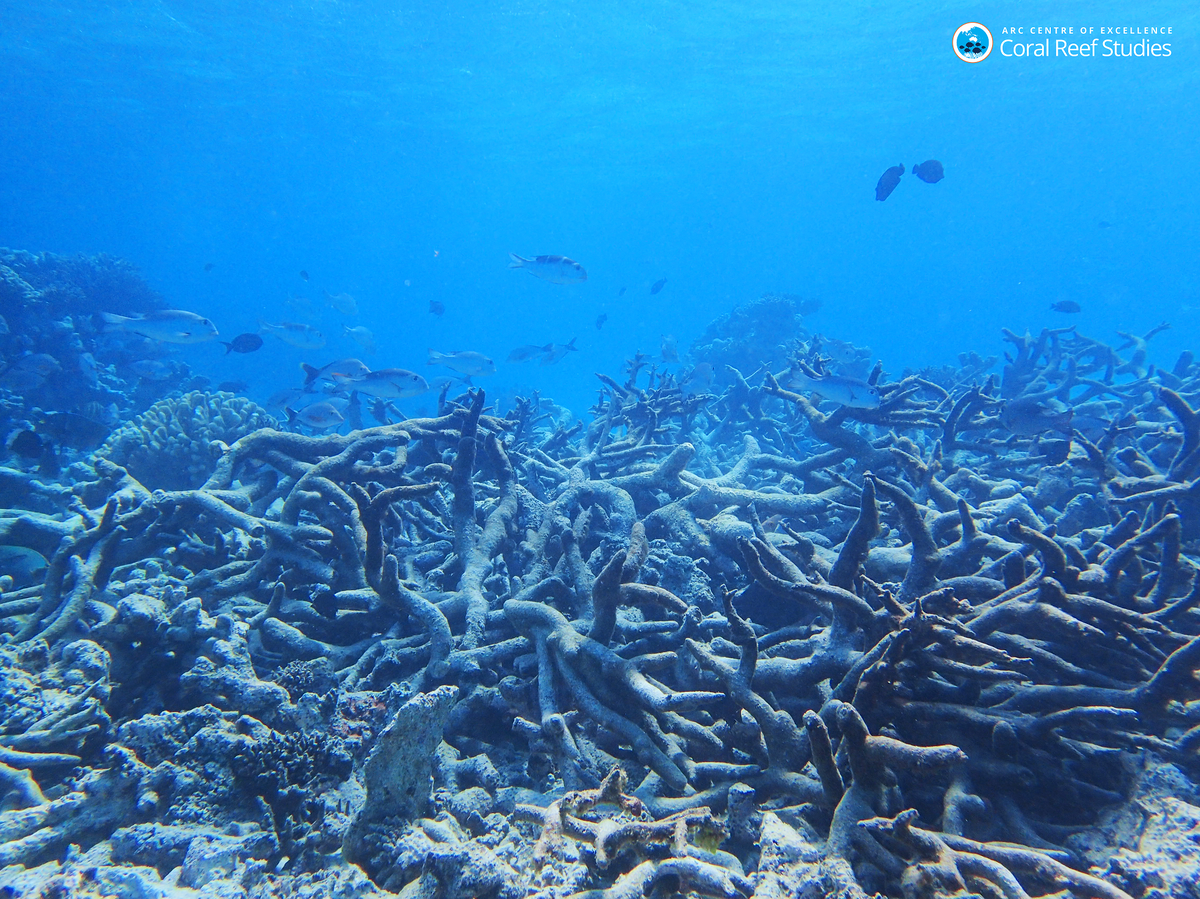 In 2016, a mass bleaching event caused unprecedented destruction to the Great Barrier Reef and other coral reefs around the world.

Now, a new study in Nature has concluded that securing a future for coral reefs "ultimately requires urgent and rapid action to reduce global warming."

It finds that local measures, such as protecting reefs and water quality, ultimately yield little protection against bleaching caused by higher water temperatures. The researchers documented the extent of the damage the reef off the coast of Australia sustained during the 2016 bleaching event, and found that only 8.9 percent of more than 1,000 reefs escaped with no bleaching along a stretch more than 2,300 kilometers long.

That's far worse that the two previous major Great Barrier Reef bleaching events, in 1998 and 2002. In both cases more than 40 percent of the reef escaped bleaching.

James Cook University's Mia Hoogenboom, one of the co-authors of the paper, told Morning Edition that when she went diving to document the reef's condition, it was a shock to see the extent of the damage.

"It's confronting to go from a reef which is colorful, which is swarming with life, to a reef that's covered in dead corals and corals that are covered in a slimy green algae," she said. "So it doesn't feel like the same reef and it doesn't engender that same sense of wonder at the biodiversity that's present in those areas."

The three major bleaching events occurred in different but overlapping areas, which allowed the researchers to test a hypothesis that previous exposure to bleaching may make coral more resilient to the effect of high water temperatures.

The Two-Way has explained how coral bleaching occurs as water temperatures rise:

"Coral bleaching occurs when the living organisms that make up coral reefs expel the colorful, photosynthetic algae that normally live inside their bodies, and provide them with food. Those algae give coral reefs their color and disappear when the reefs are exposed to stressful climatic conditions, such as temperatures even a few degrees higher than normal."

But ultimately, she says, "temperature is really the main driver of these mass coral bleaching events," prompting the team's push for global action against climate change.

In recent weeks, her team received more bad news – they've found that a bleaching event is occurring on the Great Barrier Reef for the second successive year.