Accessibility links
Derek Walcott, Who Wrote Of Caribbean Beauty And Bondage, Dies At 87 : The Two-Way The Nobel Prize winner celebrated his Caribbean homeland and described its brutal colonial history. "You didn't make yourself a poet," he said. "You entered a situation in which there was poetry." 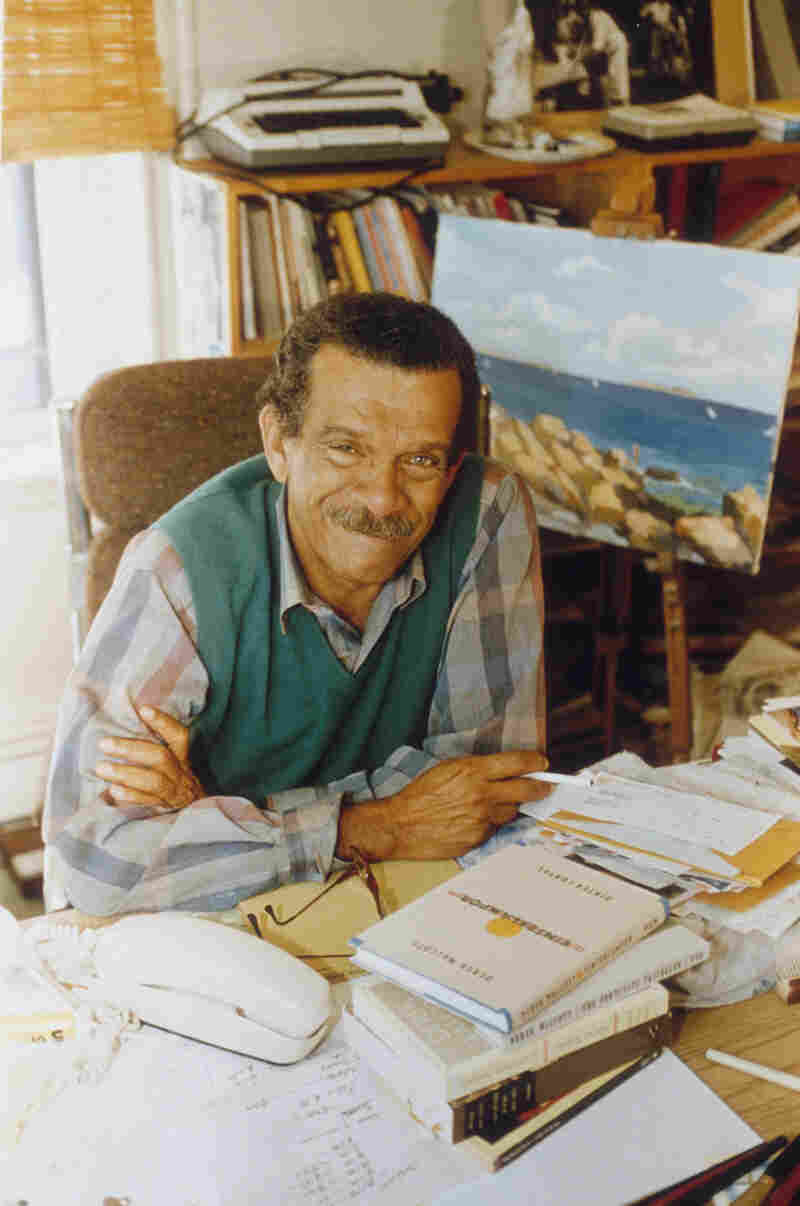 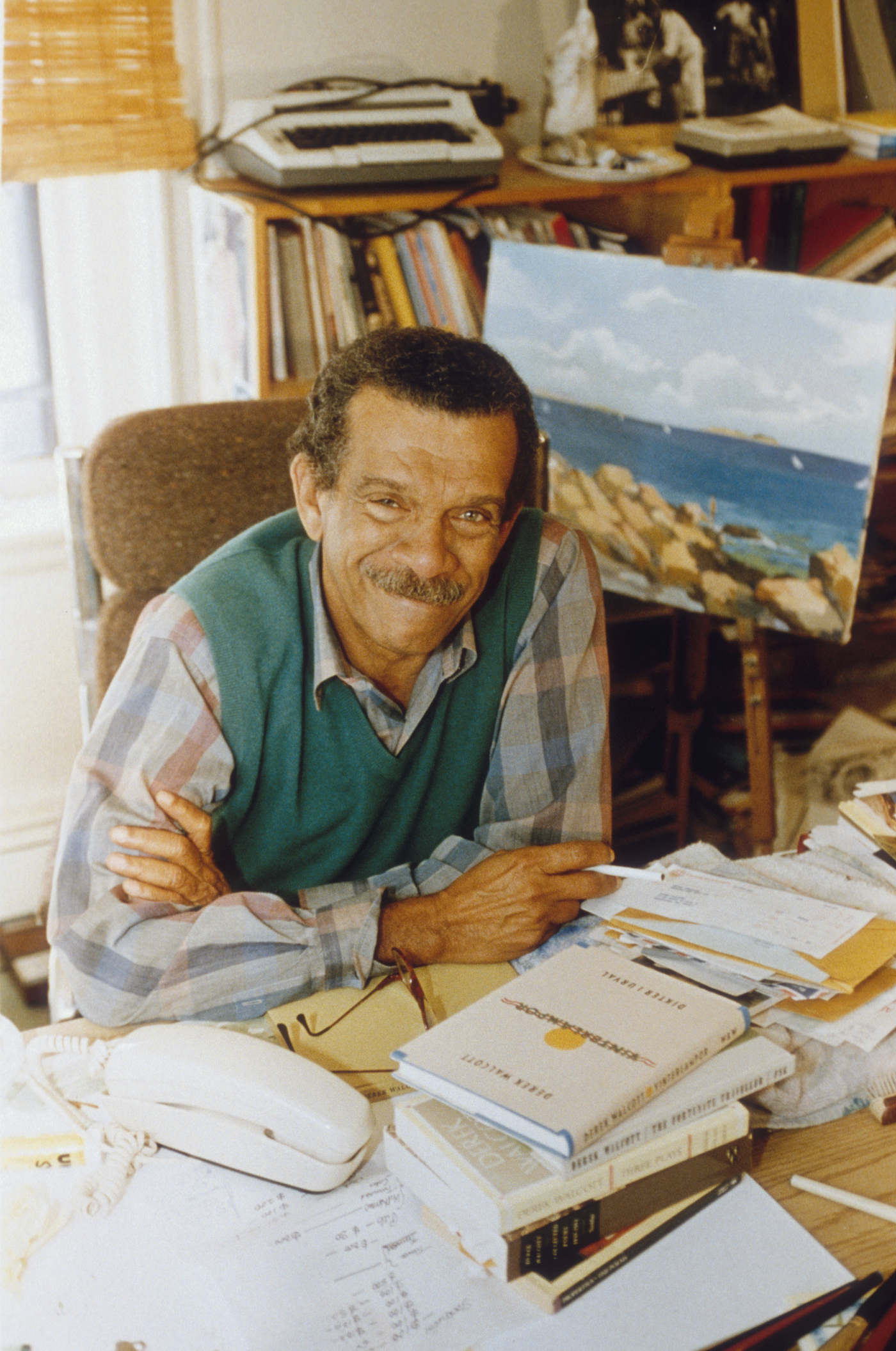 Poet and playwright Derek Walcott published his first poem at the age of 14. He won the Nobel Prize in Literature in 1992.

Derek Walcott's work explored the beauty of his Caribbean homeland and its brutal colonial history. The prolific, Nobel Prize-winning poet and playwright died Friday at his home in St. Lucia. He was 87.

Walcott wrote dozens of books of poetry and plays, among them his epic poem Omeros and his Obie-winning drama, Dream on Monkey Mountain.

For most of his life, Walcott taught poetry at universities in the United States, England and Canada — but his work never strayed far from St. Lucia, the island in the West Indies where he was born.

In 1984, when he was teaching at Boston University, Walcott said that a book-length poem like Midsummer was a natural extension of the language all around him.

"You would get some fantastic syntactical phenomena," he said in an interview, "You would hear people talking in Barbados in the exact melody as a minor character in Shakespeare. Because here you have a thing that was not immured and preserved and mummified, but a voluble language, very active, very swift, very sharp. And that is going on still in all the languages of the Caribbean. So that you didn't make yourself a poet — you entered a situation in which there was poetry."

You didn't make yourself a poet — you entered a situation in which there was poetry.

Walcott's father was a poet and a painter. He died when Derek was an infant. His mother was a school teacher who recited Shakespeare to him. He borrowed $200 to publish his first book of poetry when he was 19 and sold it on street corners. Then he attended the University College of the West Indies on a scholarship.

"When I went to college — when I read Shakespeare, or Dickens, or Scott I just felt that as a citizen of England, a British citizen, this was as much my heritage as any schoolboy's," he said. "That is one of the things the Empire taught, that apart from citizenship, the synonymous inheritance of the citizenship was the literature."

"His poems expose the discrepancy between blooming flowers and sparkling waters with these island economies built on the history of sugar plantations and slavery and forced labor," Biespiel says. "It's kind of grandeur mixed in with imprisonment."

In all of his work, Walcott fused his classical education with the language and history of the Caribbean. The result, Biespiel says, was poetry of the highest order. "I think people will be reading Derek Walcott as long as we've been reading John Milton."

Derek Walcott: A Life In Poetry

Walcott said his energy to write came from being part of a generation of Caribbean writers who were the first to describe the world beyond their doorsteps.

"I go back to St. Lucia and the exhilaration I feel is not simply the exhilaration of homecoming and of nostalgia," he said. "It is almost an irritation of feeling: Well, you never got it right. Now you have another chance. Maybe you can try and look harder."

Many would say Derek Walcott did get it right.