Accessibility links
Norwegian Pension Fund Divests From Companies Behind DAPL : The Two-Way KLP is pulling millions of dollars it has invested in companies building and owning the Dakota Access Pipeline. The decision was reportedly driven by pressure from Norway's indigenous Sami peoples. 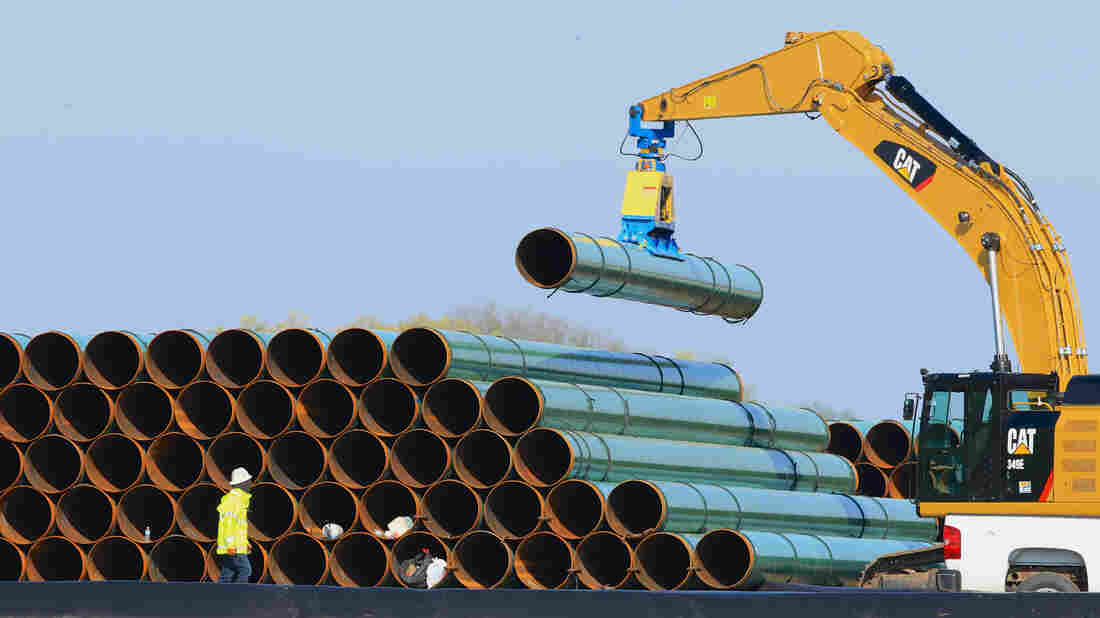 Pipes for the Dakota Access Pipeline are stacked at a staging area in Worthing, S.D., in 2015. Nati Harnik/AP hide caption 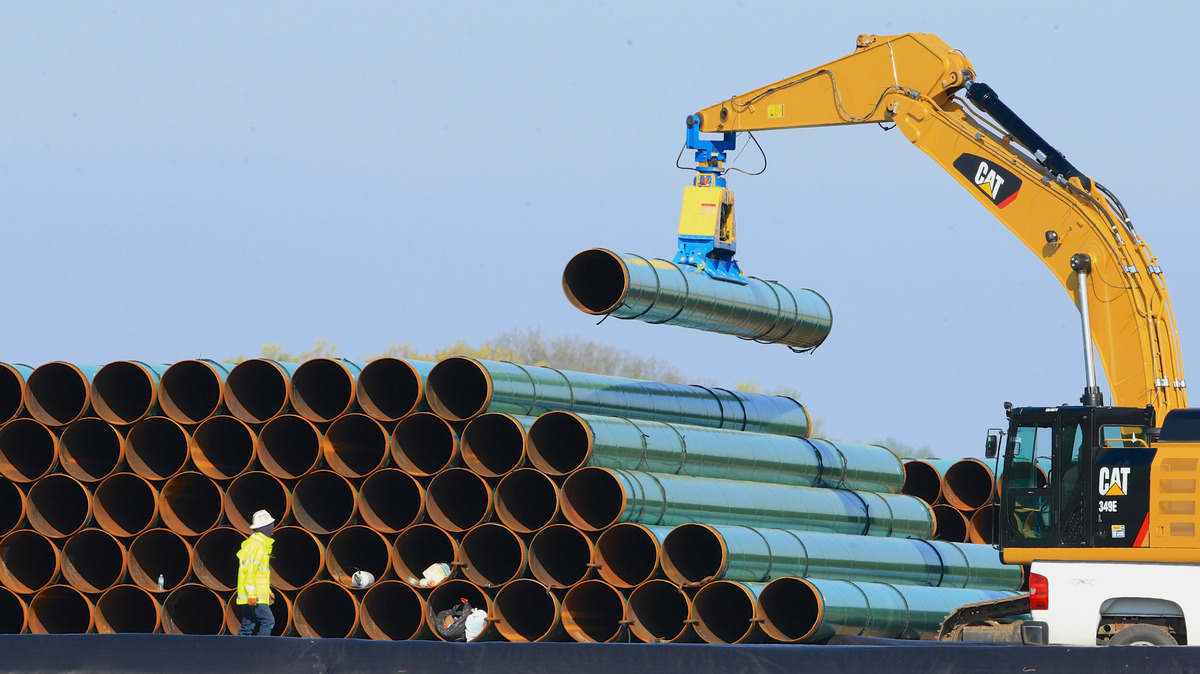 Pipes for the Dakota Access Pipeline are stacked at a staging area in Worthing, S.D., in 2015.

A Norwegian fund that manages government employees' pensions has decided to remove its investments from the companies behind the Dakota Access Pipeline, a move that was reportedly inspired by pressure from Norway's indigenous Sami peoples.

The pipeline is being built by Energy Transfer Partners, or ETP. Allowing the pipeline to cross the Missouri River in North Dakota was opposed by the Standing Rock Sioux Tribe, which argued the route would threaten the tribe's water sources and sacred sites. After legal challenges and lengthy protests, the pipeline's construction was halted, but the project was reinstated by the Trump administration.

The fund, KLP, says it went through a "long and thorough" decision-making process before deciding to exclude ETP and three other companies from its portfolio. KLP had about $68 million in those companies; in total, it manages nearly $70 billion in assets.

As NPR has reported, several U.S. cities have chosen to divest from DAPL-associated businesses — that is, intentionally step away from investments and business dealings with them. Most recently, San Francisco's board of supervisors has voted in favor of divestment.

Most of those divestments, many driven by the #DefundDAPL movement, have targeted the banks that lend money to the oil and gas companies building the pipeline. The Norwegian pension fund, in contrast, went directly after the petroleum companies.

The Guardian and Investment & Pensions Europe both report that the decision was apparently driven by pressure from the Sami Parliament of Norway, a group representing the nation's indigenous peoples.

Vibeke Larsen, the Parliament's president, tells The Guardian her group has been lobbying KLP in solidarity with indigenous groups in the U.S. Here's more from the newspaper:

"KLP had previously argued it could not justify divestment from the project, saying that even though it visited the site in December, it had found no evidence of 'serious or systematic violations of environmental or human rights.'

"But Larsen alerted the investment fund to a report earlier this month by the UN special rapporteur on the rights of indigenous peoples, Victoria Tauli-Corpuz, which concluded the tribes affected by the pipeline had not been consulted sufficiently."

In a lengthy explanation of their reasoning, the pension fund managers draw heavily on that report to conclude that the lack of consultation did qualify as a human rights violation.

NLP says it wasn't able to persuade the companies — ETP, which is building the pipeline, and Phillips 66, Enbridge Inc., and Marathon Petroleum Corp., which own stakes in it — to change their behavior through "active ownership," prompting the decision to divest.

It's not the first time KLP has divested funds. The group has moved away from coal investments and divested funds over companies' actions in the West Bank.

Norway has made DAPL divestment headlines before — the country's largest bank has announced it is investigating the pipeline's construction to evaluate "how the indigenous people's rights are being treated."