Accessibility links
Ahead Of House Hearing, Nunes Says No Evidence Of Russian Collusion, Trump Claims Of Wiretapping : The Two-Way The head of the House Intelligence Committee Devin Nunes said that there is still no evidence that the Obama administration wiretapped Trump Tower, as President Trump has claimed.

Ahead Of House Hearing, Committee Head Says No Evidence Of Collusion Or Wiretapping

Ahead Of House Hearing, Committee Head Says No Evidence Of Collusion Or Wiretapping 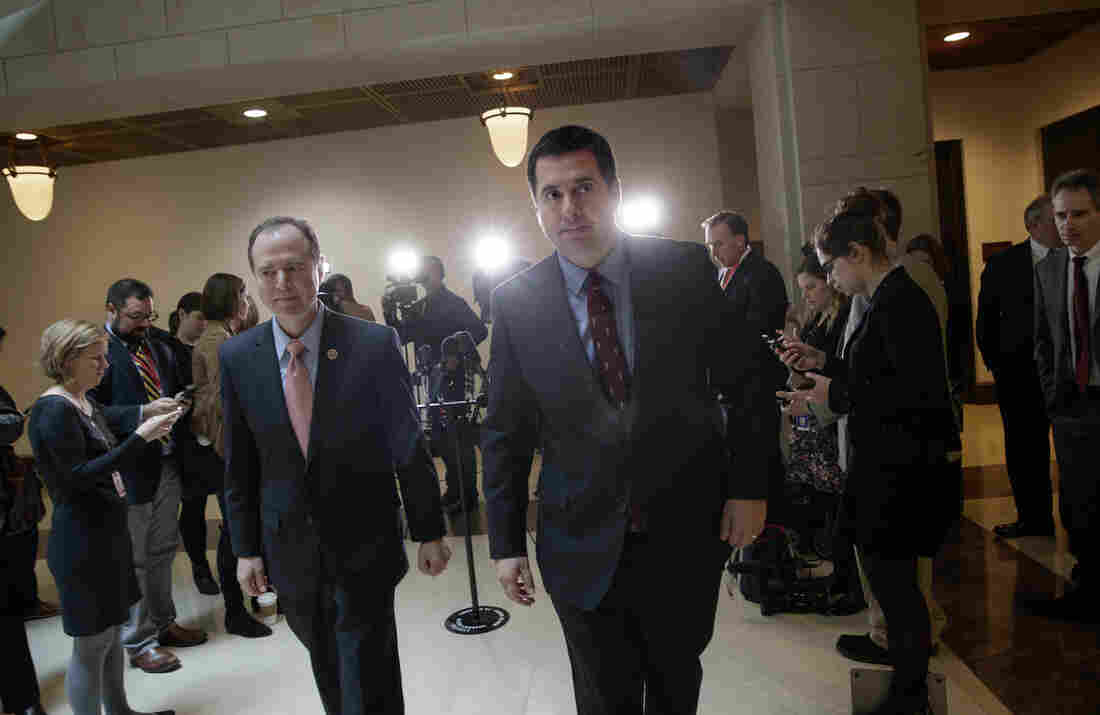 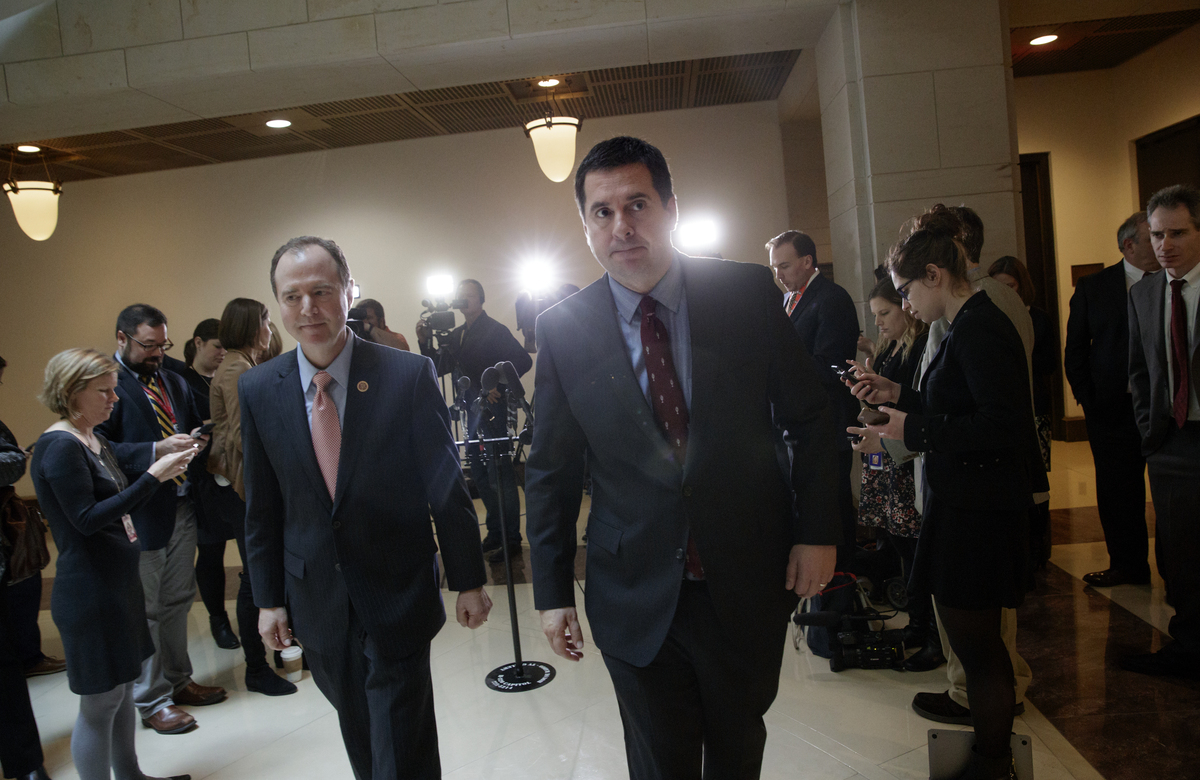 The head of the House Intelligence Committee, Rep. Devin Nunes, R-Calif., said that there is still no evidence that the Obama administration wiretapped Trump Tower, as President Trump has claimed, even after the Department of Justice provided to the committee documents related to the allegation on Friday.

The allegations of wiretapping are part of a broader House Intelligence Committee investigation over accusations of Russian meddling in the 2016 election. It will hold its first public hearing Monday, in which FBI Director James Comey is expected to be asked to weigh in on the president's claim.

A wiretap would require a warrant from the Foreign Intelligence Surveillance Court, but Nunes told Fox News Sunday there's still no evidence of a FISA warrant for surveillance of Trump Tower.

When asked whether the committee has seen evidence of collusion between the Trump campaign and Russia, the California Republican was direct.

"I'll give you a very simple answer: No," he said.

The top Democrat on the intelligence committee, Rep. Adam Schiff of California, had a different perspective. He said that there is "circumstantial evidence" of collusion. Speaking on NBC's Meet The Press, he added that there is "direct evidence of deception," but did not elaborate.

"There is certainly enough for us to conduct an investigation," Schiff said. "The American people have a right to know, and in order to defend ourselves, we need to know whether this circumstantial evidence of collusion and direct evidence of deception is indicative of more."

Monday's much-anticipated hearing will feature testimony from Comey as well as Adm. Mike Rogers, the head of the National Security Agency.

As NPR's David Welna has reported, Schiff and Nunes differ on the scope of the investigation and what its focus should be.

Nunes wants to focus on the alleged espionage and leaks of classified information, such as releasing information about former National Security Adviser Michael Flynn speaking to the Russian ambassador.

"We know a law has been broken and we need to get to the bottom of it," Nunes said on Fox News Sunday.

Conversely, "the main thing that Schiff wants to know is if Russia's interference in the campaign was purely the work of Moscow or if others were involved," as David reported.

The White House doubled down on the wiretapping claims last week. Here's more from NPR's Arnie Seipel and Brian Naylor:

"[White House press secretary Sean] Spicer said the president 'stands by' his claim, then went on to read off a number of media reports, many of which revolved around the investigation of possible Russian interference in the campaign but not necessarily surveillance of Trump Tower.

"The response from Spicer lasted approximately nine minutes and involved the press secretary repeating the accusation of possible links between the Trump campaign and Russia, which the intelligence committees have not said they have evidence to support."