Accessibility links
DHS Publishes List Of Jurisdictions That Rejected Immigrant Detainer Requests : The Two-Way The Trump administration has ratcheted up pressure on sanctuary jurisdictions by publicizing the first weekly list of cities and counties that have ignored federal requests for cooperation. 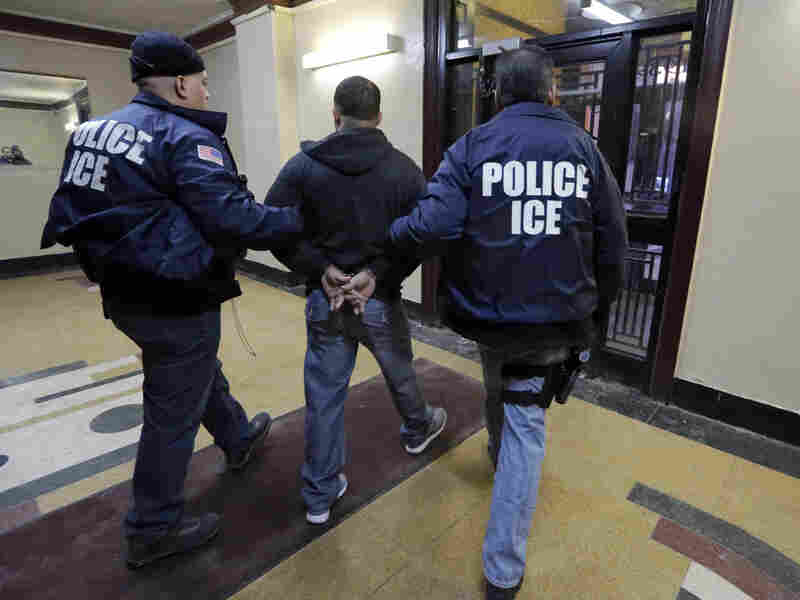 Immigration and Customs Enforcement officers escort a man who was arrested in a New York City apartment building. New York is a city that won't detain noncitizens on behalf of the federal government. Richard Drew/AP hide caption 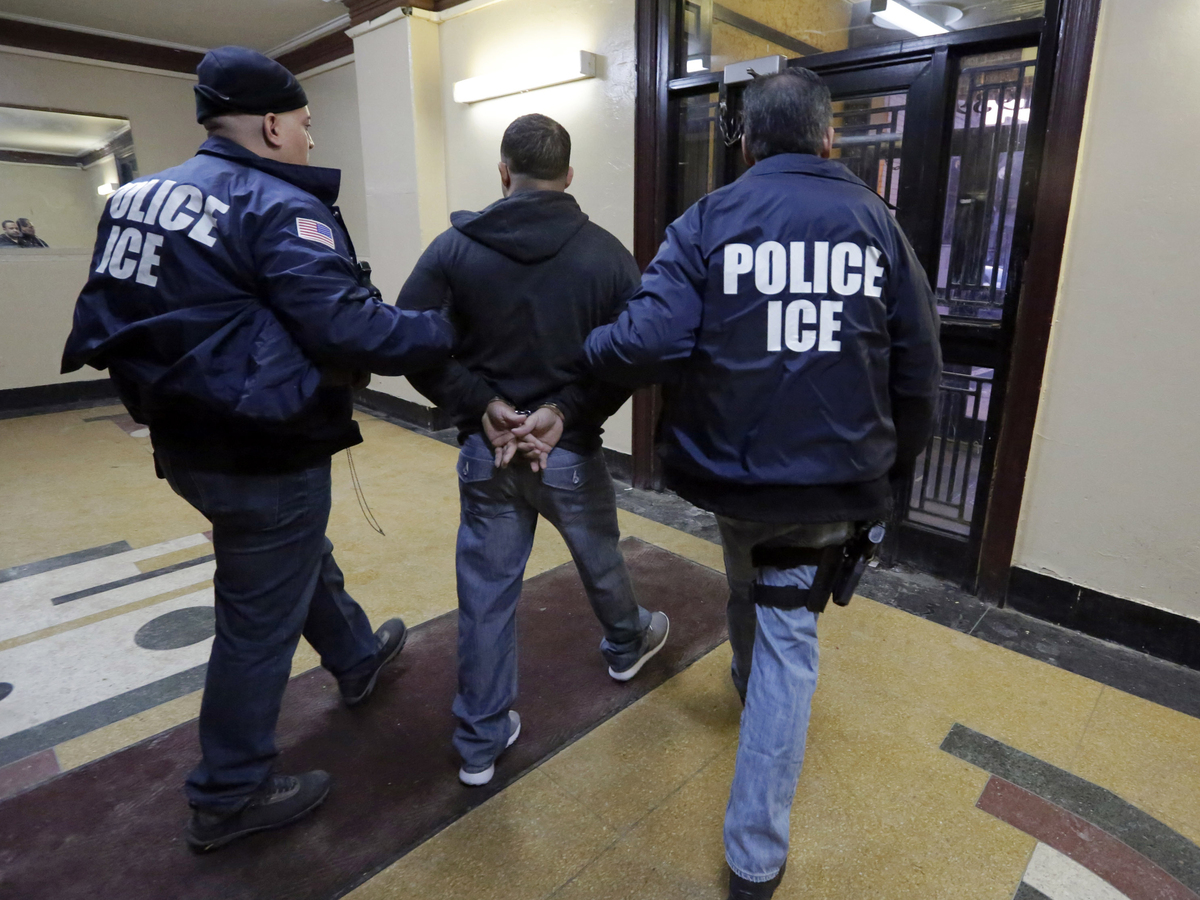 Immigration and Customs Enforcement officers escort a man who was arrested in a New York City apartment building. New York is a city that won't detain noncitizens on behalf of the federal government.

Such requests on behalf of immigration officials go to cities and counties asking that local law enforcement hold an inmate who is in the country illegally and has been arrested or charged with a crime. The intent is to have such prisoners detained for up to 48 hours so that federal officials can decide whether to pick them up and deport them.

Such cities and counties, commonly described as "sanctuary jurisdictions," may not cooperate with the detainer requests for a variety of reasons. Some say that cooperating can undermine local trust in the police if immigrants are afraid that reporting a crime will result in their own deportation. Other jurisdictions cite court rulings that have cast doubt on the constitutionality of the detainers.

The list published Monday covers the period from Jan. 28 to Feb. 3. It comes during the week following President Trump's executive order on the interior enforcement of the nation's immigration laws. The order directed DHS to compile and publicize a list "of criminal actions committed by aliens" and identify any jurisdiction that ignored any federal detainer requests.

The list covers the cases of 206 unnamed individuals who ICE says committed "notable criminal activity" and the jails from which they were released. The crimes listed include drug possession, DUI, domestic violence and aggravated assault.

The vast majority of the offenders are from Mexico and Central America. The jurisdictions listed include Los Angeles, Colorado, New York and Travis County, Texas. As NPR's John Burnett reports, "While 206 of these detainers were ignored, that represents less than 10 percent of the 3,083 detainer requests that were issued nationwide."

ICE says that since local law enforcement agencies don't notify the feds when a detainer is not honored, the list includes declined detainers ICE personnel learned of during their enforcement activities.

Publication of the list drew fire from immigrants advocates in Congress. Rep. Luis Gutiérrez, D-Ill., denounced the list as an effort "to paint all immigrants as killers and rapists. Trump and his team incorrectly see Fourth Amendment policies that require warrants to hold prisoners for the Feds as a threat to public safety, but the reality is that in most cities, the police have found that acting as deportation police makes it harder to keep their cities safe."