Accessibility links
Nevada Ratifies The Equal Rights Amendment ... 35 Years After The Deadline : The Two-Way With a final vote Wednesday, Nevada approved the ERA, long after Congress' 1982 deadline for ratification. But the state has given the amendment's supporters new reason to hope. 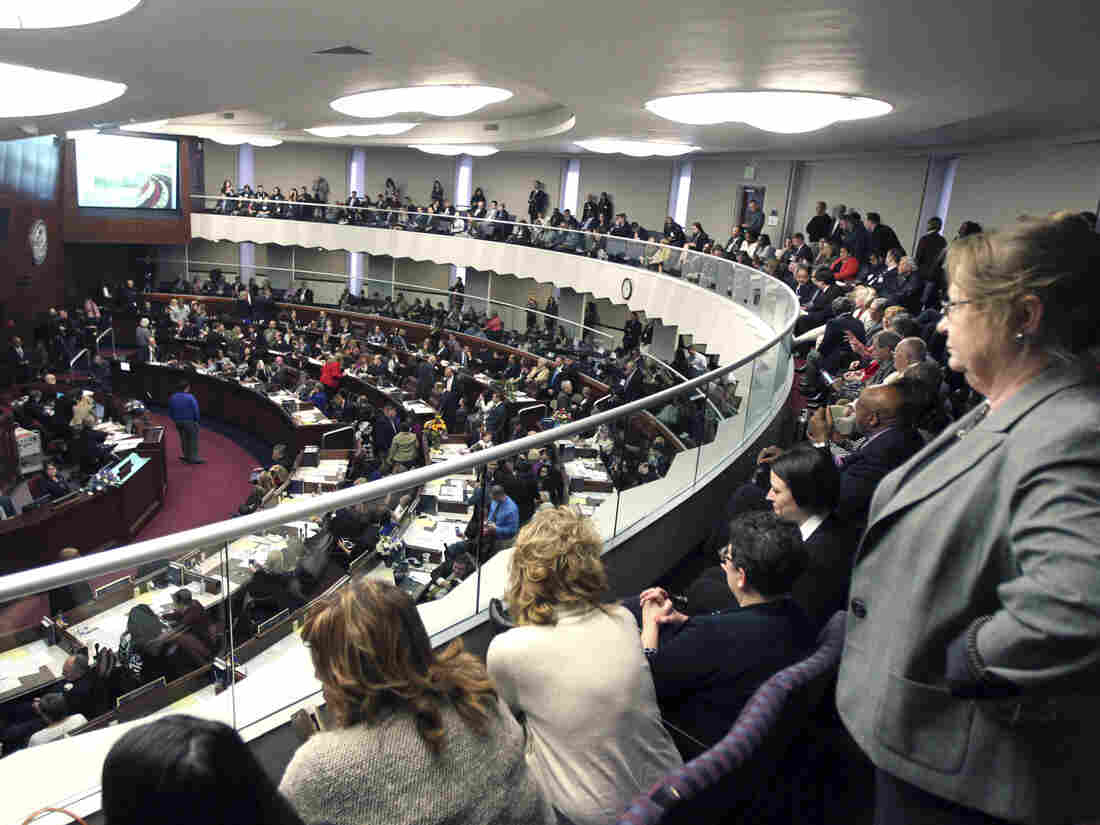 Spectators look down on the Nevada Assembly on the opening day of the legislative session in Carson City, Nev., in February. On Wednesday, state senators backed the Assembly and voted to adopt the Equal Rights Amendment. Lance Iversen/AP hide caption 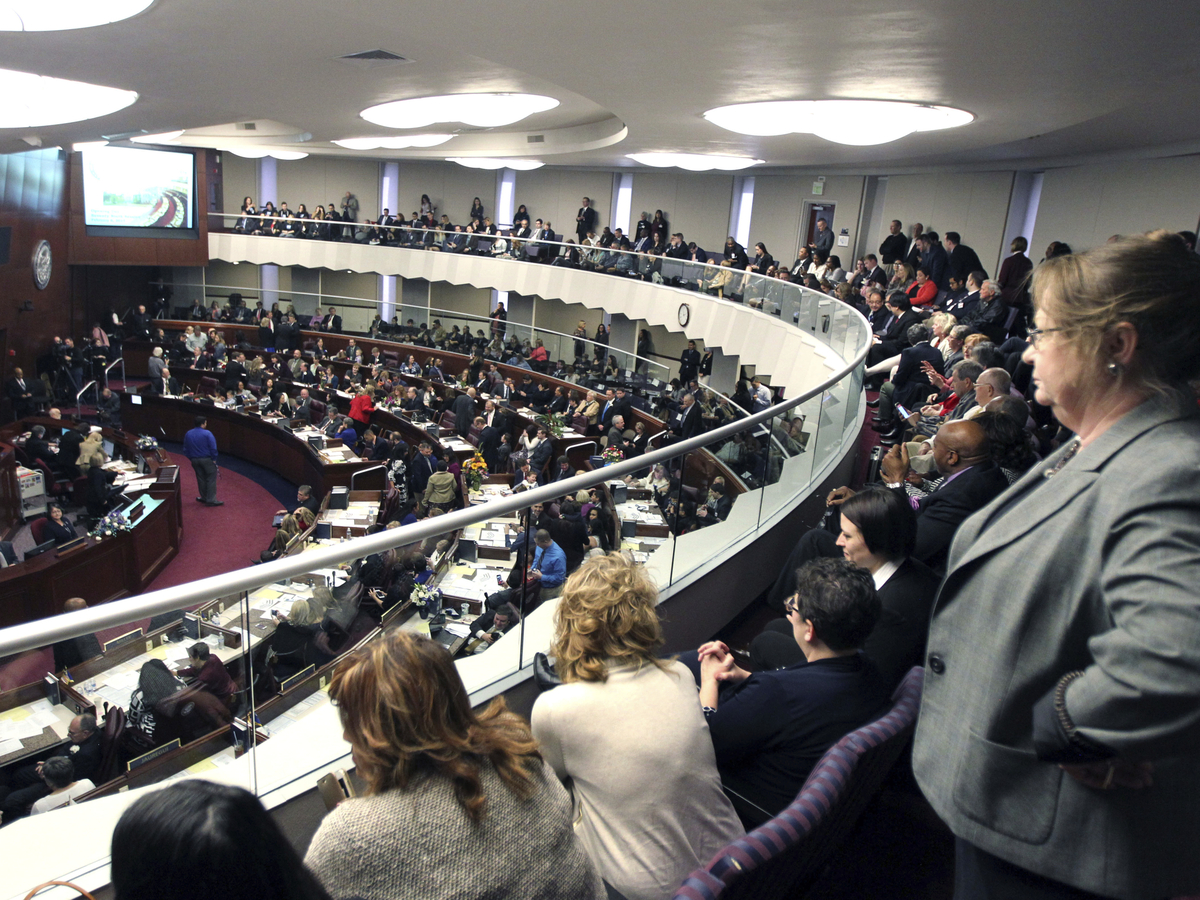 Spectators look down on the Nevada Assembly on the opening day of the legislative session in Carson City, Nev., in February. On Wednesday, state senators backed the Assembly and voted to adopt the Equal Rights Amendment.

Nevada has ratified the Equal Rights Amendment — roughly 35 years after a deadline imposed by Congress.

On Wednesday, the state Senate approved the long-dormant ERA, which among other things guarantees that "equality of rights under the law shall not be denied or abridged by the United States or by any state on account of sex." The senators passed a measure sent to them by the state Assembly, which had already approved it earlier this week.

It has been a long, twisty path for the ERA, which was first passed by Congress in 1972 and last approved by a state (Indiana) in 1977. The amendment teetered just three states short of the threshold necessary to see it adopted into law nationwide — a threshold it failed to achieve by the time Congress' deadline came and went.

But for ERA supporters such as Democratic state Sen. Pat Spearman, that deadline is little more than a paper tiger.

"It was in the resolving clause, but it wasn't a part of the amendment that was proposed by Congress," she tells KNPR. "That's why the time limit is irrelevant."

After all, Spearman and others argue, Congress' original ratification deadline was 1979, and national lawmakers already bumped that forward to 1982 — so what's stopping them from bumping it forward again?

"The Equal Rights Amendment is about equality, period," says Spearman, the Nevada bill's chief sponsor. A former Army lieutenant colonel and one of two openly gay senators in the Legislature, she says that regardless of timing, the goals of the amendment endure. 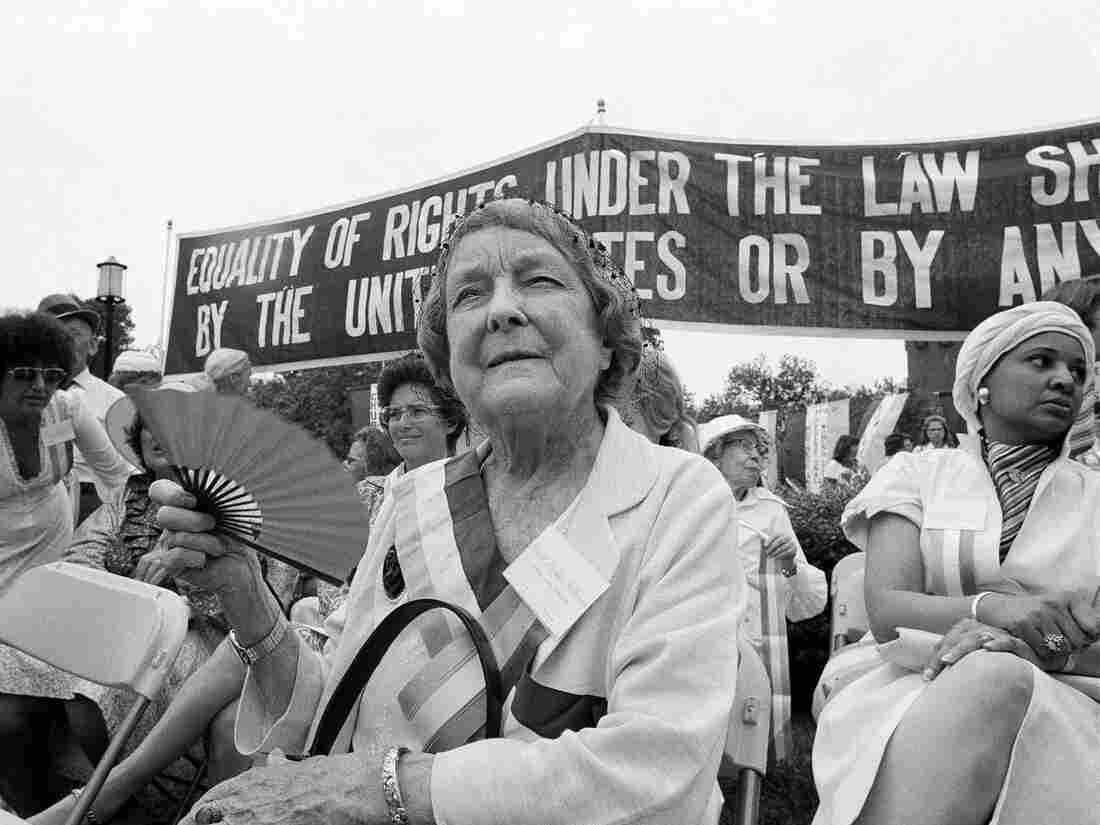 Hazel Hunkins Hallinan, who fought for women's suffrage, rests after marching with supporters of the Equal Rights Amendment in Washington, D.C., in 1977. The last state to ratify the ERA, Indiana, did so that same year. AP hide caption 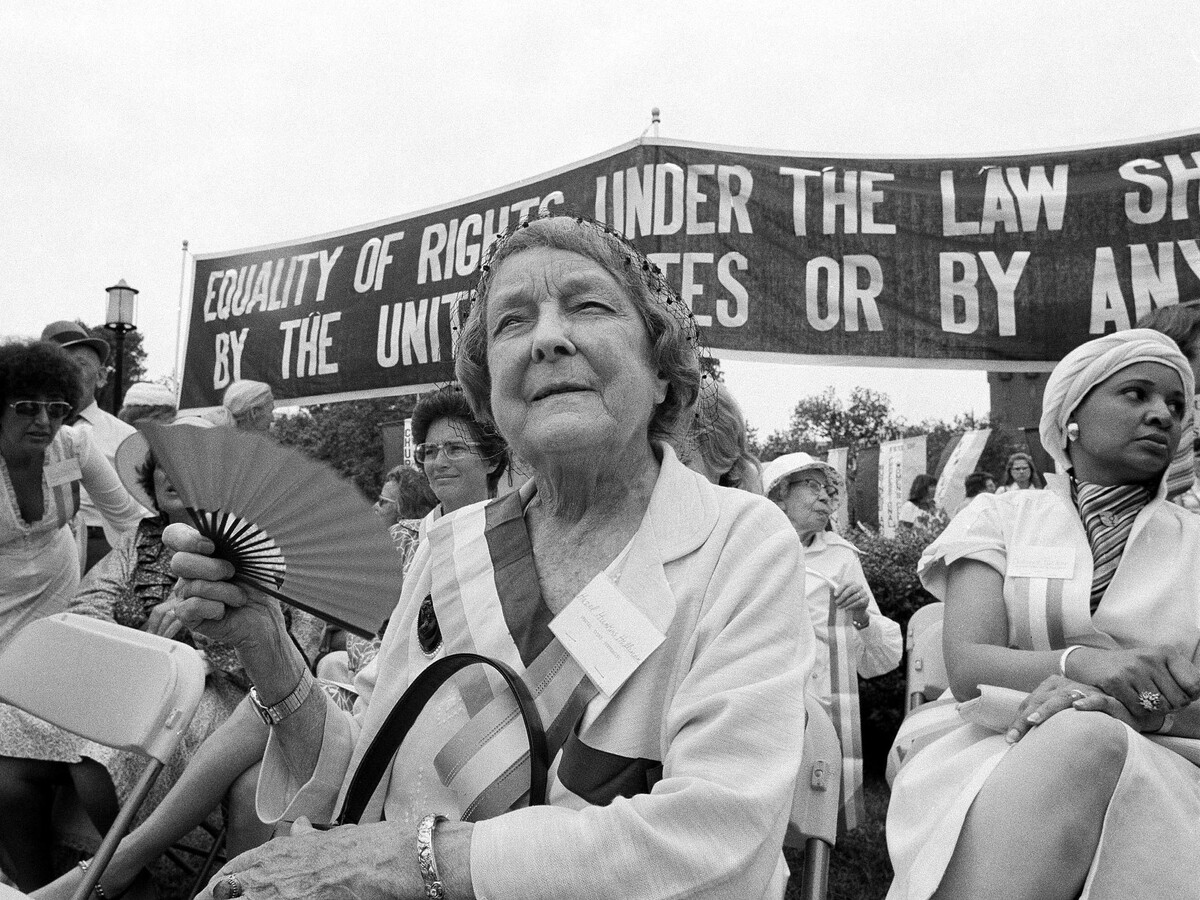 Hazel Hunkins Hallinan, who fought for women's suffrage, rests after marching with supporters of the Equal Rights Amendment in Washington, D.C., in 1977. The last state to ratify the ERA, Indiana, did so that same year.

"We have delayed passage long enough," she says. "Now is the time to show the country, and the global neighborhood, we as Nevadans lead when it comes to equality for all."

Many of them had argued that the ERA would be a detriment to families and a boost to abortion rights activists, while still others found the exercise useless, given the lapsed deadline. They said the more laudable aspects of the amendment have been rendered obsolete by the enactment of separate laws that fulfill the same function.

And then, there's the matter of that deadline, which Republican Assemblywoman Robin Titus was far less inclined to dismiss. She says she was "deeply disturbed by the theatrics" of ratifying an overdue amendment, according to the Los Angeles Times. As she tells the newspaper, "I don't believe my constituents sent me to cast symbolic votes with no chance of success."

"I would argue that this chamber is full of symbolism," Jill Tolles, the sole Republican assemblywoman who voted for the measure, tells the Reno Gazette-Journal, adding:

"On my left hand, I wear a ring that symbolizes my promise to love and respect and be faithful to one man for the rest of my life. We stand underneath a seal that reminds us that we are a battle born state and home means Nevada. We pledge allegiance to a flag every single day to celebrate the freedom that was so hard fought for."

For pro-ERA groups such as the National Organization for Women, the matter is more than simply symbolic. After Indiana became the 35th state to ratify the amendment, in 1977, the group pursued what it called a "three-state strategy" — a plan to identify and persuade the states it needed to put it over the threshold.

That plan didn't succeed, but Nevada has given NOW President Terry O'Neill new cause for hope.

"Now it's a two-state strategy," she tells the Times. "It's very exciting. Over the past five years, Illinois and Virginia have come close. I think there is clear interest in this."

For now the pro-ERA Nevada lawmakers — who don't need GOP Gov. Brian Sandoval's signature but have his support — are celebrating the symbolic victory with some auspicious timing: They ratified the ERA 45 years to the day since Congress originally passed it.