Accessibility links
This Parrot Has An 'Infectious Laugh,' Scientists Say : The Two-Way The researchers say that when the highly intelligent kea parrots hear a call associated with play, they start playful tussling, aerial acrobatics, or throwing objects into the air. 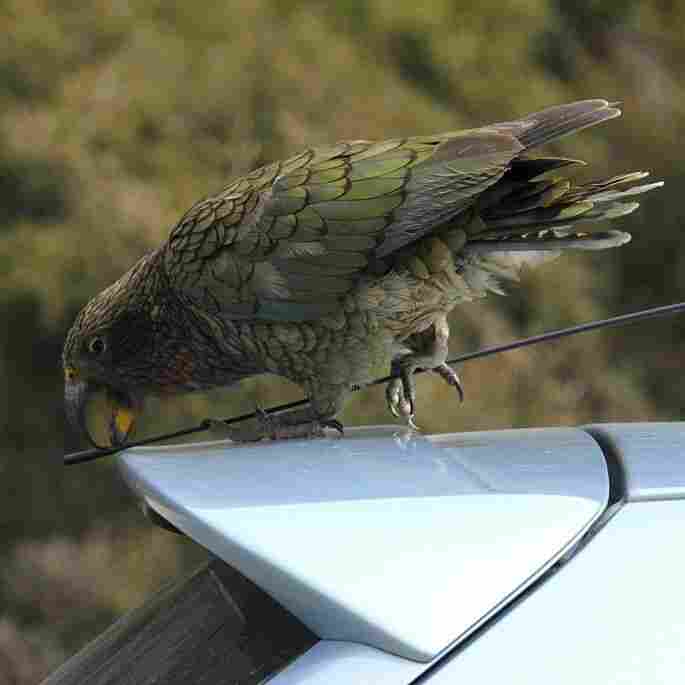 A kea parrot picks at the antenna of a vehicle in New Zealand. Ullstein Bild/ullstein bild via Getty Images hide caption 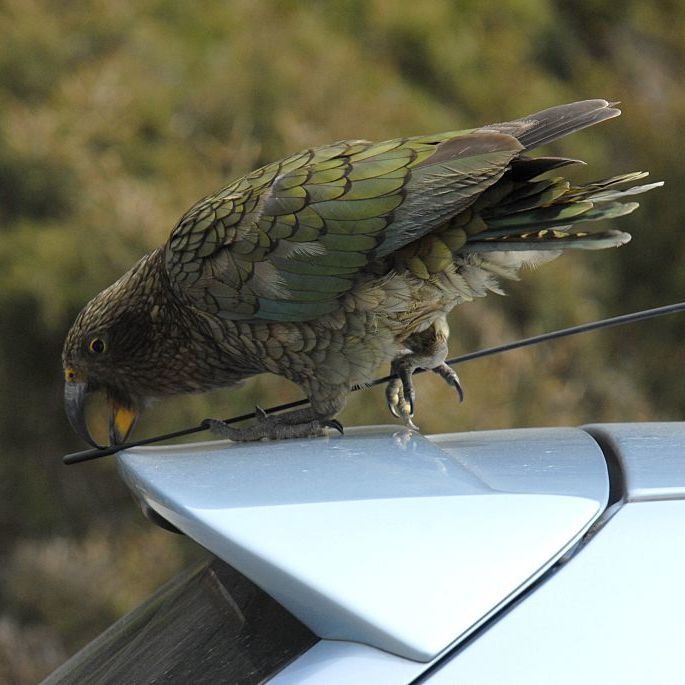 A kea parrot picks at the antenna of a vehicle in New Zealand.

For the first time in birds, researchers say they have found evidence that a New Zealand parrot has the avian equivalent of an infectious laugh.

They call it "positive emotional contagion" — which they define as "outwardly emotional actions that spread from one individual to another." In humans, this is what happens when one person hears another laugh and also starts cracking up.

Tickled Pink: Scientists Have Determined What A Happy Rat Looks Like

And in research published in Current Biology, the researchers say that when kea parrots hear a call associated with play, they start playful tussling, aerial acrobatics, or throwing objects into the air.

The kea, native to the mountains of New Zealand, is known to be particularly intelligent, curious and social. It's also nationally endangered.

Lead author Raoul Schwing of the University of Veterinary Medicine Vienna's Messerli Research Institute tells the Two-Way that during the course of his research, he had noticed that the parrots' warbling call almost always happened during times of play.

He and his co-researchers from the University of Auckland and the University of Canterbury decided to test the effect of playing recordings of the playful call to parrots at a lookout point in Arthur's Pass National Park.

Schwing says they were trying to determine the meaning of the call — was it seen as an invitation to play from another bird? Or was simply hearing this type of call enough to make the bird want to play, even if it wasn't with the bird making the call?

To their surprise, it appears to be the latter. "In many, many cases, the bird started to play spontaneously when there was no play going on before," he says.

Take a listen to this clip, for example. Schwing says there were two kea parrots sitting quietly for several minutes. The first sound is the researchers playing the play call to two birds. Almost immediately, the birds get excited and start playfully chasing each other.

The researchers play a recorded "play call," setting off a play bout between two kea parrots.

The scientists found this to be common, he says: "Two birds that weren't playing at all, and there was no play anywhere else, just start playing with one another. We also have instances of individuals just taking off and then doing aerial acrobatics or grabbing a rock or a stick next to them and starting to toss it around and stuff."

What's more, he says, "The moment we stopped playing, it all started going back down to reach pre-experimental levels."

In their paper, the researchers add that the behavior does not appear to be associated with courtship or "other social benefits," like finding food. 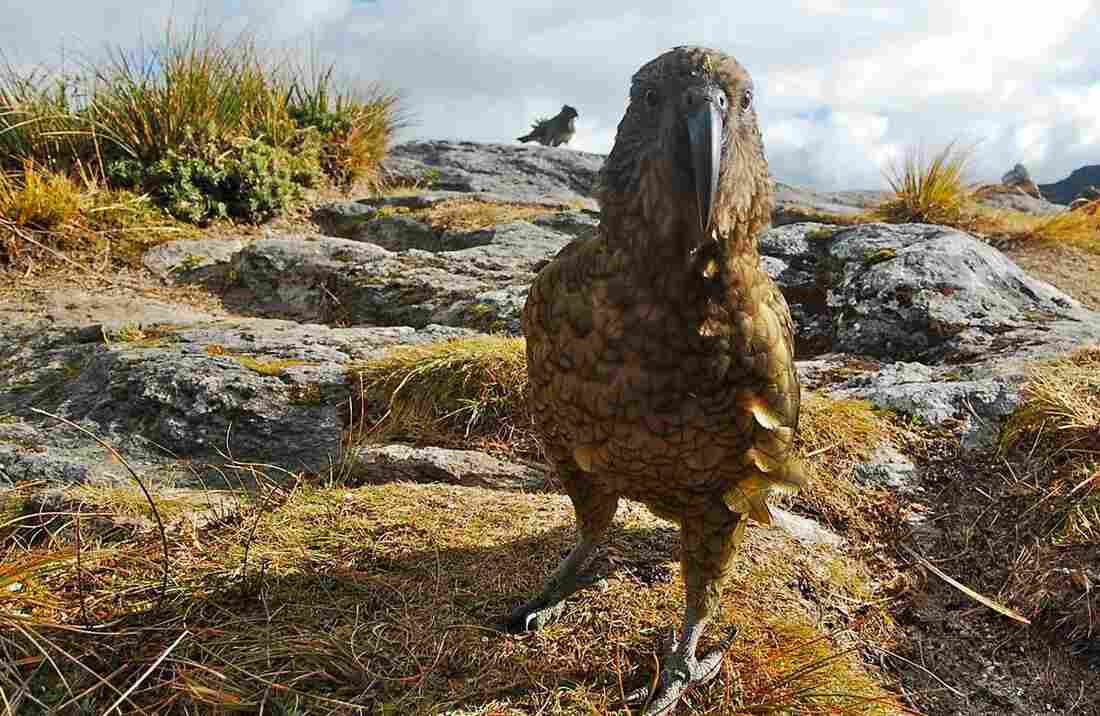 The kea, native to the mountains of New Zealand, is known to be particularly intelligent, curious and social. Daniel Pietzsch/New Zealand Department of Conservation hide caption

For controls during the experiment, they also played two other kinds of kea calls, another local bird's call, and a basic tone of about the same frequency as their play call — which all elicited comparatively small responses from the birds.

Other animals, such as primates and rats, are also known to demonstrate positive emotional contagion.

But its appearance in birds is particularly surprising, Schwing says: "Unlike rats and primates that we have a direct ancestor with fairly recently ... we haven't had a common ancestor with birds since before the dinosaurs."

That may suggest that this behavior evolved in parallel between humans and this kind of bird, he says.

"Even though we really are very distantly related, finding these kind of things that are not just similar but in specific contexts even the same, is fascinating," Schwing says. He adds that it has implications for how humans should treat these animals.