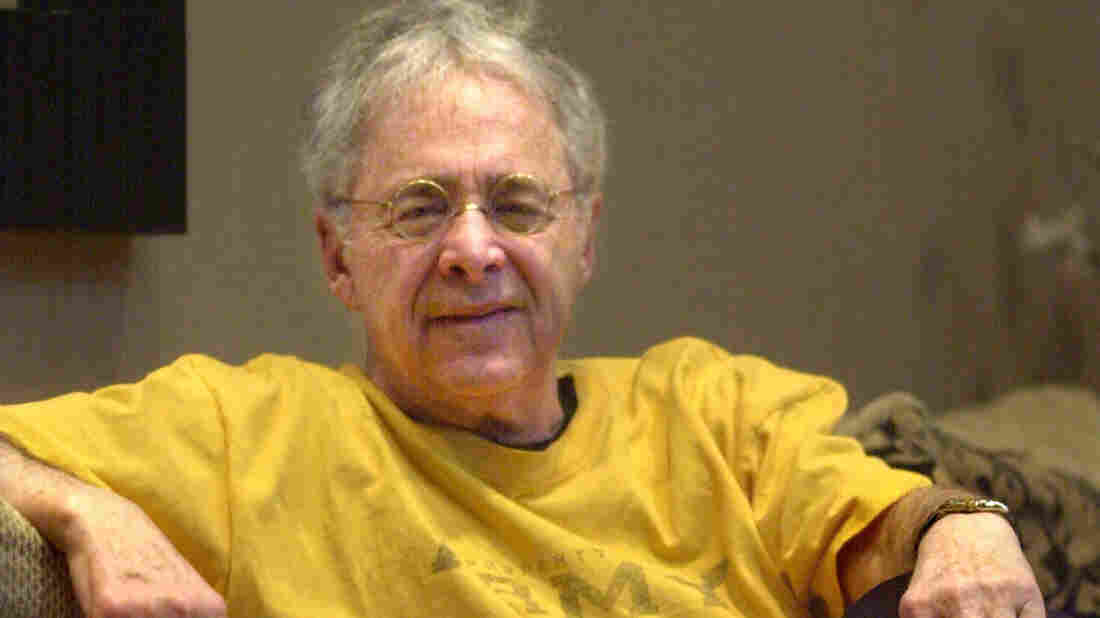 In 2002, Chuck Barris, the man behind TV's The Dating Game and The Newlywed Game posed in the lobby of his apartment in New York. That was the year a movie came out based on his autobiography: Confessions of a Dangerous Mind. Bebeto Matthews/AP hide caption 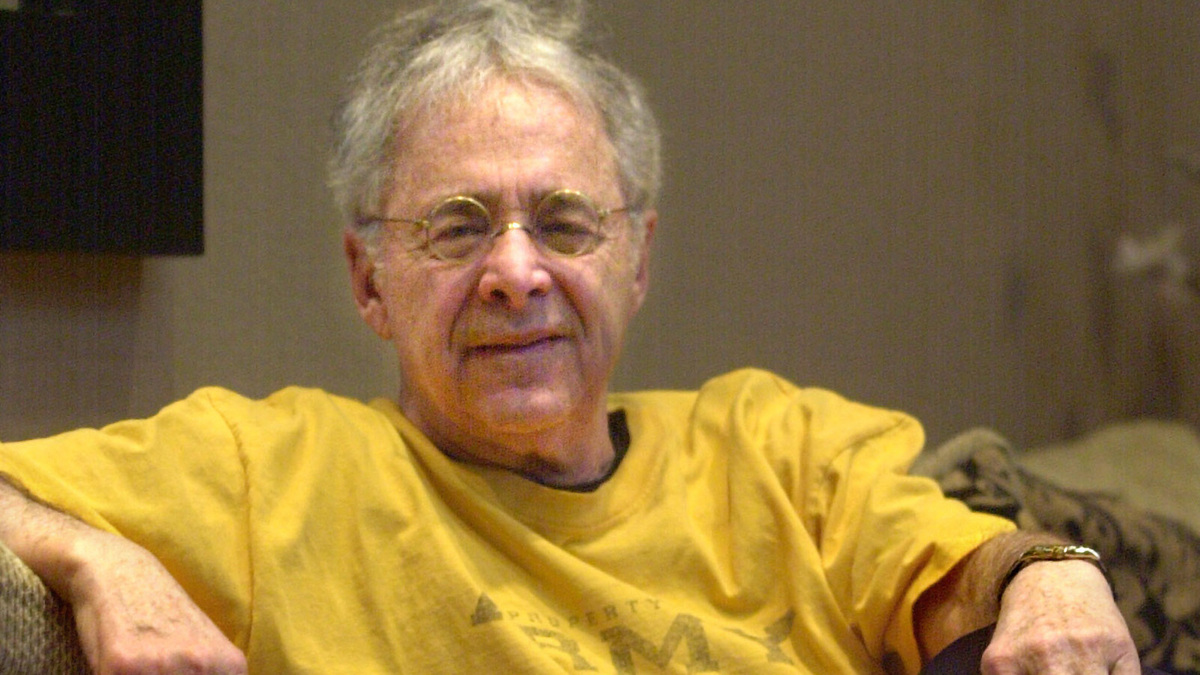 In 2002, Chuck Barris, the man behind TV's The Dating Game and The Newlywed Game posed in the lobby of his apartment in New York. That was the year a movie came out based on his autobiography: Confessions of a Dangerous Mind.

Chuck Barris not only hosted The Gong Show, but he is responsible for creating such iconic TV game shows as The Dating Game and The Newlywed Game.

Barris died of natural causes Tuesday at his home in Palisades, N.Y., according to publicist Paul Shefrin.

"He formed Chuck Barris Productions in 1965 and created The Dating Game, hosted by Jim Lange, which introduced swinging 1960s double entendres to the formerly staid game show genre and ran for 11 out of the next 15 years. In 1966 he launched The Newlywed Game, hosted by Bob Eubanks, which ran for 19 years; Game Show Network still airs a version of the show.

"Barris finally made it in front of the camera when he began hosting The Gong Show in 1976. Though it only ran two years on NBC and four years in syndication, the show is still remembered for its wacky spoof of the talent show format. He introduced the amateur contestants dressed in colorful clothing with odd props, with judges Jamie Farr, Jaye P. Morgan and Arte Johnson adding to the goofy atmosphere. Other offbeat characters on the show included "Gene Gene the Dancing Machine" and Murray Langston, the "Unknown Comic," who wore a paper bag over his head.

In 1962, before his time in game shows, Barris wrote a popular pop song called "Palisades Park." The tribute to the old amusement park in New Jersey was a hit for singer Freddy Cannon.

Barris, a Philadelphia native, also put pen to paper in 1984 for his autobiography: Confessions of a Dangerous Mind: An Unauthorized Biography.

In it, he claimed to be an assassin for the CIA. The book was turned into a movie in 2002 and was a first-time directing gig for George Clooney.

As far as the CIA assassin claim goes, The Associated Press reports:

"It sounds like he has been standing too close to the gong all those years," quipped CIA spokesman Tom Crispell. "Chuck Barris has never been employed by the CIA and the allegation that he was a hired assassin is absurd," Crispell added.

Perhaps the closest Barris got to working for the CIA was when he was hired by a TV network. According to The Hollywood Reporter:

"After working various odd jobs, including traveling around the country selling teleprompters, Barris moved to New York and became an NBC page. He went through a management training program and took a sales job, but then the network fired everyone in the department.

"He then was hired by ABC, which offered him the dubious assignment of tailing Dick Clark, the young and popular host of TV's American Bandstand, at Philadelphia station WFIL-TV. Barris' task was to ascertain whether Clark was involved in the illegal practice of payola.

"It was so ridiculous. If I left at 6 o'clock, what's to say he couldn't be doing anything nefarious after 6 o'clock?" Barris said.

"Still, he wrote daily memos detailing the goings-on at American Bandstand for about a year, and his notes were presented before a House of Representatives subcommittee in Washington. Ultimately, Clark was absolved of any wrongdoing."

Chuck Barris, who critics called "The King of Schlock" or "The Baron of Bad Taste" was 87.