Accessibility links
North Korea Missile Explodes Within Seconds Of Launch, U.S. Says : The Two-Way The missile was fired from the country's east coast Wednesday, the U.S. and South Korea confirm. The test, North Korea's third this year, comes amid joint military drills by the U.S. and the South. 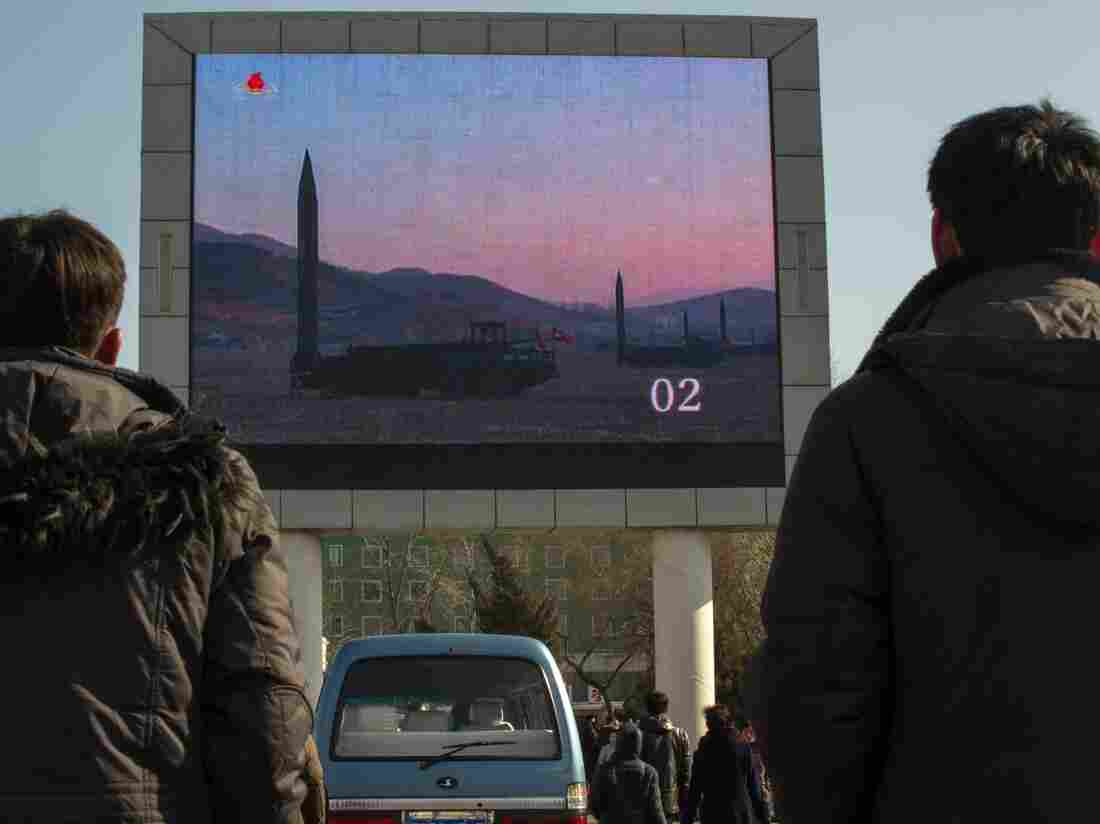 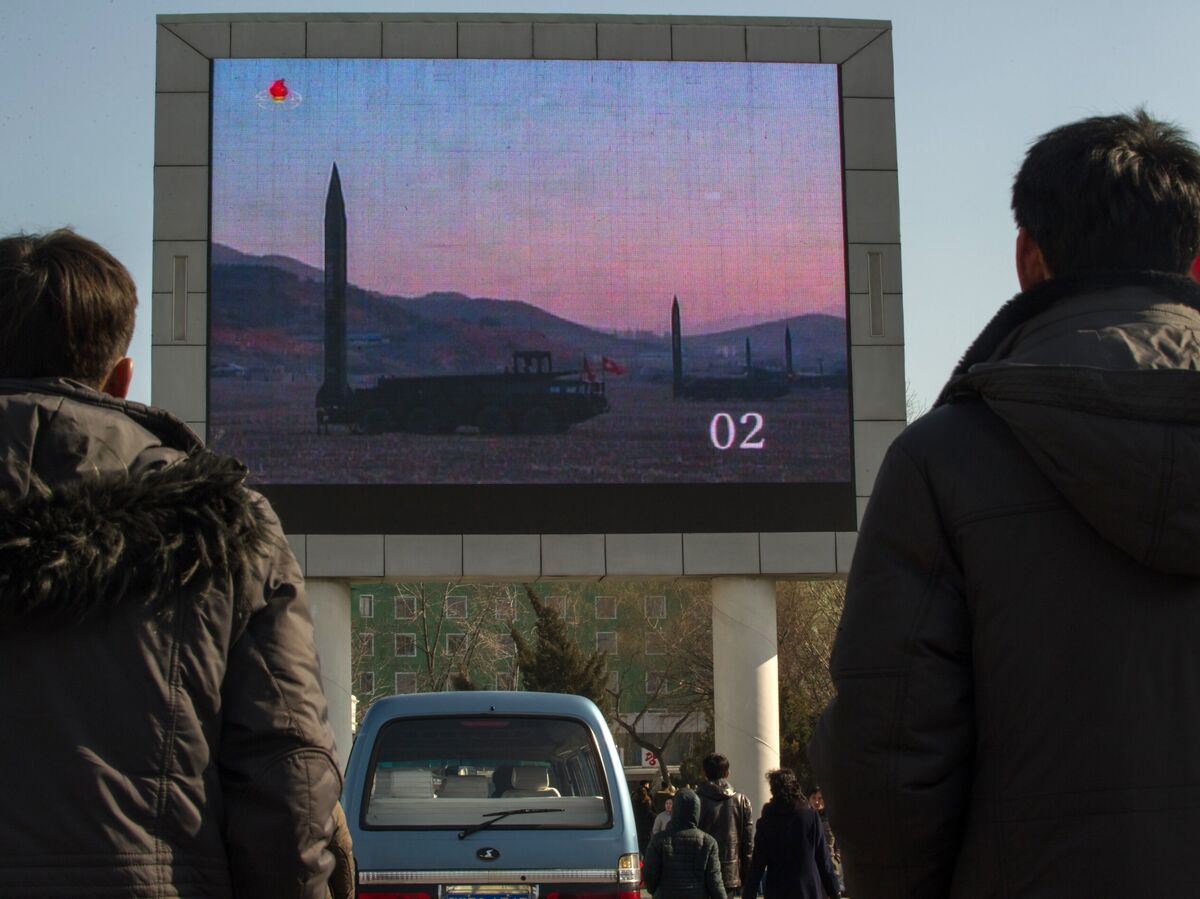 People watch news footage of a missile launch outside the main railway station in Pyongyang earlier this month. A North Korean missile test failed just moments after launch Wednesday, according to the U.S. and South Korea.

North Korea fired a missile from its east coast Wednesday, in a test that appears to have failed in an explosion within seconds of launch, according to the South Korean Defense Ministry and U.S. Pacific Command. Both groups confirm the launch occurred at North Korea's air base in Wonsan.

The ill-fated missile, which marks the country's third test of the year and second so far this month, is seen as a response to annual joint military drills by the U.S. and South Korea.

"North Korea opposes these drills," NPR's Elise Hu reports, "calling them a rehearsal for invasion" — a "rehearsal" the country often greets with its own weapon tests.

As Jason Strother tells our Newscast unit, the launch also coincides with a visit to South Korea from Joseph Yoon, the U.S. envoy on North Korea policy. Yoon is holding talks in Seoul on the North's weapons programs, just one week after U.S. Secretary of State Rex Tillerson punctuated his own visit to the peninsula with some strong words for Pyongyang.

"The policy of strategic patience has ended," Tillerson said, according to The Korea Times. NPR's Bill Chappell notes the remarks were in an apparent reference to the Obama administration's policy toward North Korea. "We are exploring a new range of diplomatic, security, economic measures. All options are on the table."

At a news briefing after the launch Wednesday, Hua Chunying, foreign ministry spokeswoman for China, cautioned the U.S. and other concerned countries to "exercise restraint," according to CNN.

"The current situation on the peninsula is extremely tense — 'everyone with his dagger drawn' would be a fair description," Hua said.

China is one of the few remaining countries on relatively friendly terms with Pyongyang — though even they have recently shown signs of frustration with the secretive regime.

The launch Wednesday comes a little more than two weeks after Pyongyang test-fired four medium-range missiles into the Sea of Japan, at least one of which flew about 620 miles before dropping into the water.

Despite the increasing frequency of such tests, they are banned under United Nations resolutions.