Accessibility links
Congress Rolls Back Obama-Era Rule On Hunting Bears And Wolves In Alaska : The Two-Way The Senate voted Tuesday to lift a 2016 ban on certain hunting practices — like trapping and aerial shooting — on national wildlife refuges there. Now the bill heads to President Trump to be signed. 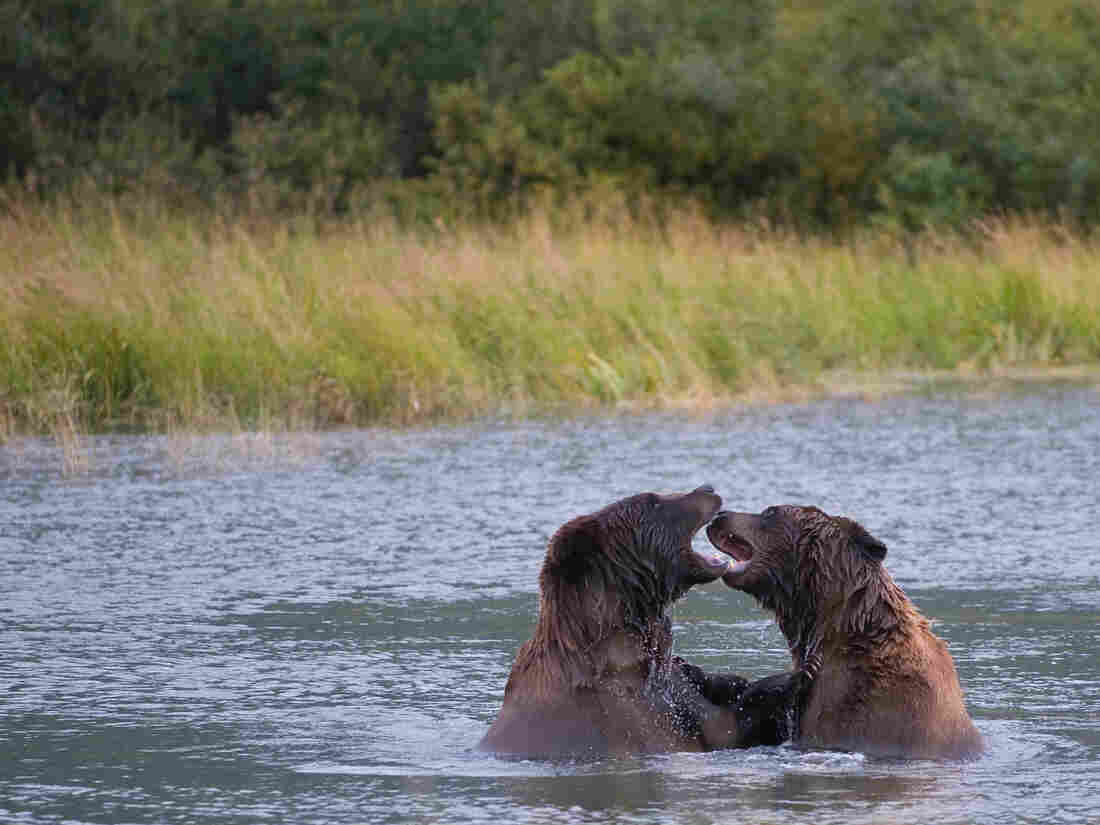 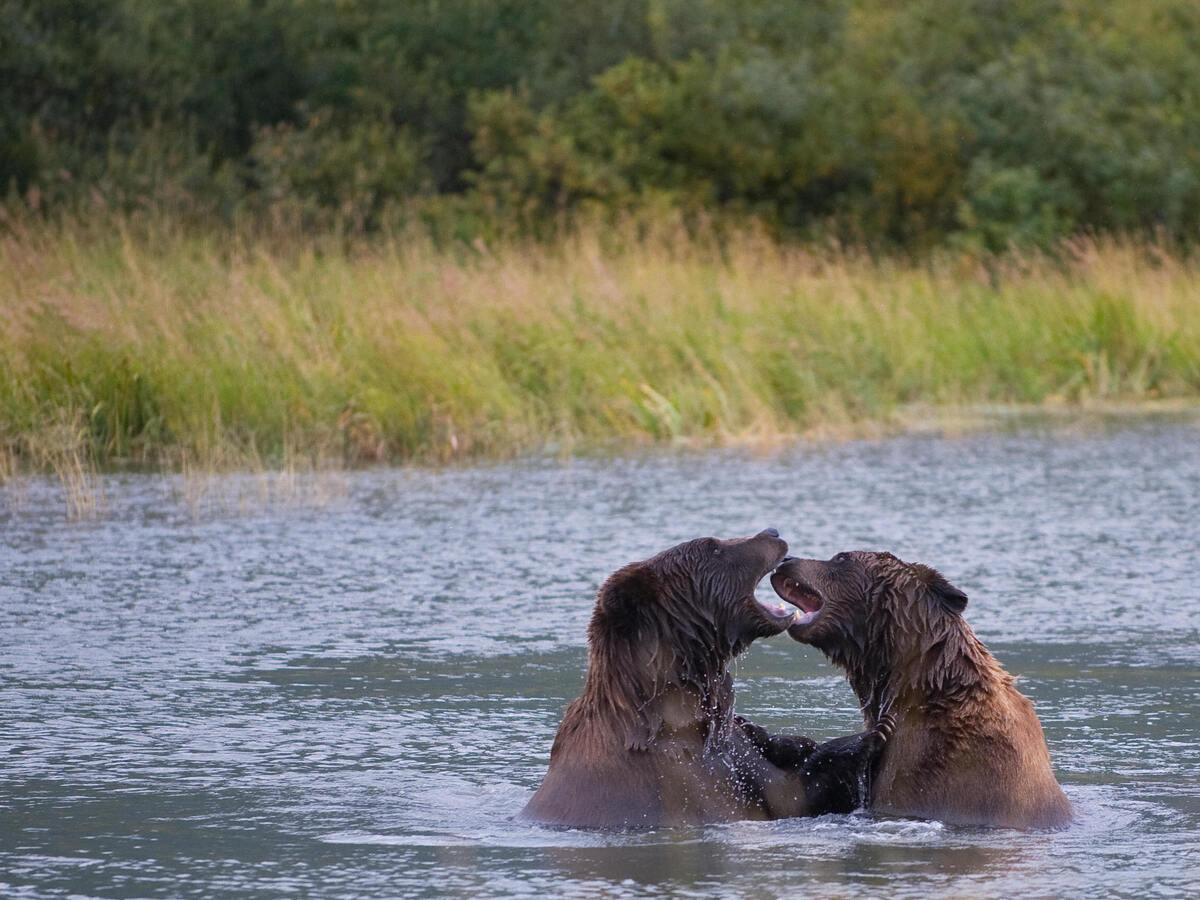 Brown bears play in a pond at the Alaska Wildlife Conservation Center in Portage Glacier, Alaska, in 2009.

By a largely party-line vote Tuesday, the Senate approved a bill that repeals Obama-era hunting restrictions on national wildlife refuges in Alaska. The House already voted last month to abolish those restrictions — which were instituted by the Fish and Wildlife Service in 2016 to protect predator species from hunters — and so the bill now heads to the desk of President Trump, who is widely expected to sign it.

The FWS rule facing repeal explicitly prohibited many kinds of "predator control" on the 16 federally owned refuges in Alaska. That prohibition included a ban on the aerial hunting, live trapping or baiting of predators such as bears and wolves — as well as on killing those predators while near their dens or their cubs.

"Not only does this action undermine Alaska's ability to manage fish and wildlife upon refuge lands," Young said, "it fundamentally destroys a cooperative relationship between Alaska and the federal government."

Republican Sen. Dan Sullivan, also representing Alaska, echoed those concerns Tuesday, saying the restrictions changed the state's relationship with FWS "from one of cooperation to subservience," The Associated Press reports.

"This rule is about Alaska," he said.

Others, like Democratic Sen. Maria Cantwell of Washington, were not convinced.

"This isn't about states' rights," she said, according to the wire service. "It's not about prohibiting hunting. ... It's about how we can manage these wildlife refuges to the degree that agencies believe are necessary for the preservation of these wildlife heritage areas."

As the Alaska Dispatch News points out, this debate gets to the core of a long-running dispute:

"At the heart of the disagreement between state and federal wildlife managers is what each group thinks should guide its purpose. The federal government has argued that the goal on refuges and in parks should be biodiversity. The state Board of Game has an interest in ensuring maximum sustained populations for hunting."

It was an argument pursued by several Democratic senators, including New Jersey's Cory Booker, and environmental groups who were opposed to the rollback.

"This isn't hunting — it's slaughter," Brett Hartl, government affairs director at the Center for Biological Diversity, said in a statement. "Killing wolves and bears in this cruel, unsportsmanlike fashion is outrageous, especially in national wildlife refuges that belong to all Americans."

Still, Republican Sen. Lisa Murkowski of Alaska says these objections come from activists unfamiliar with Alaska, where "state management of fish and wildlife is practically sacrosanct."

"Opponents will allege that the repeal of this rule will legalize brutal predator control practices," Murkowski said, according to the Dispatch News. "The Senate should know that it is already illegal for hunters to use certain practices — gas against wolves, traps to bears. You can't do this in national wildlife refuges in Alaska."

In working to repeal the FWS rule, Republican lawmakers turned again to the Congressional Review Act, a measure they also used to great effect last month in rolling back another Obama-era regulation.

As we explained then, the CRA is a means to review and cancel regulations issued in the final days of an outgoing administration: "The move allows the Senate to proceed with a simple majority, thus enabling GOP senators to avoid a filibuster by Democrats."