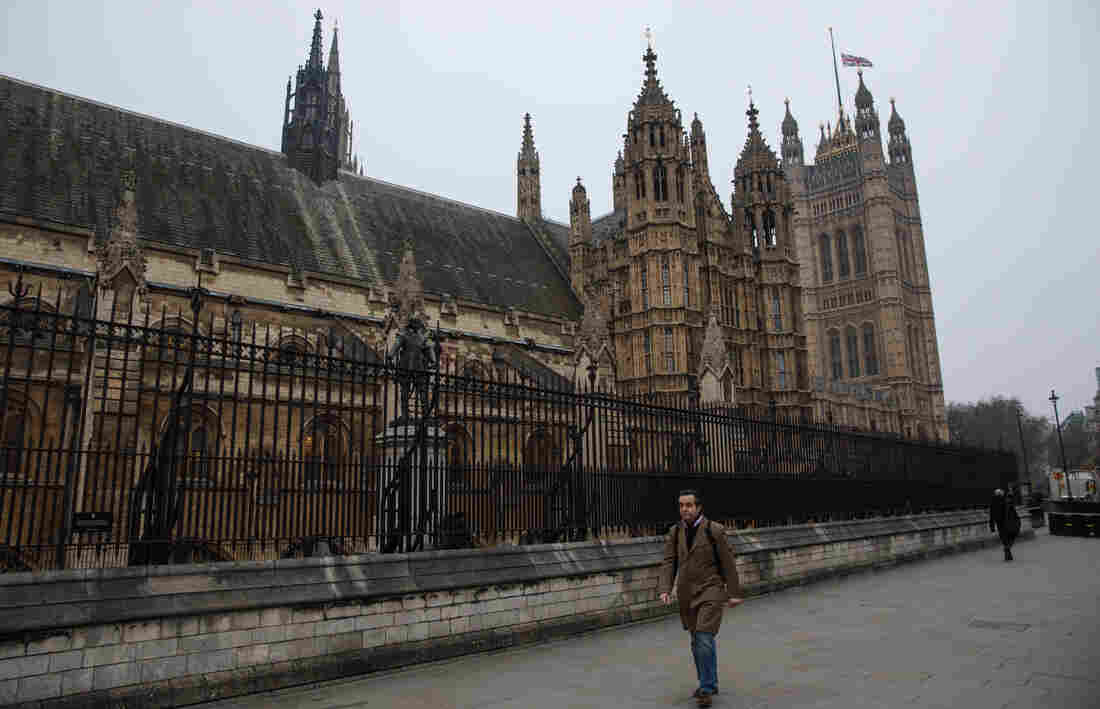 With Parliament Square reopened after Wednesday's attack, people walk past the Houses of Parliament, with the Union Jack flag flying at half-staff in London. Jack Taylor/Getty Images hide caption 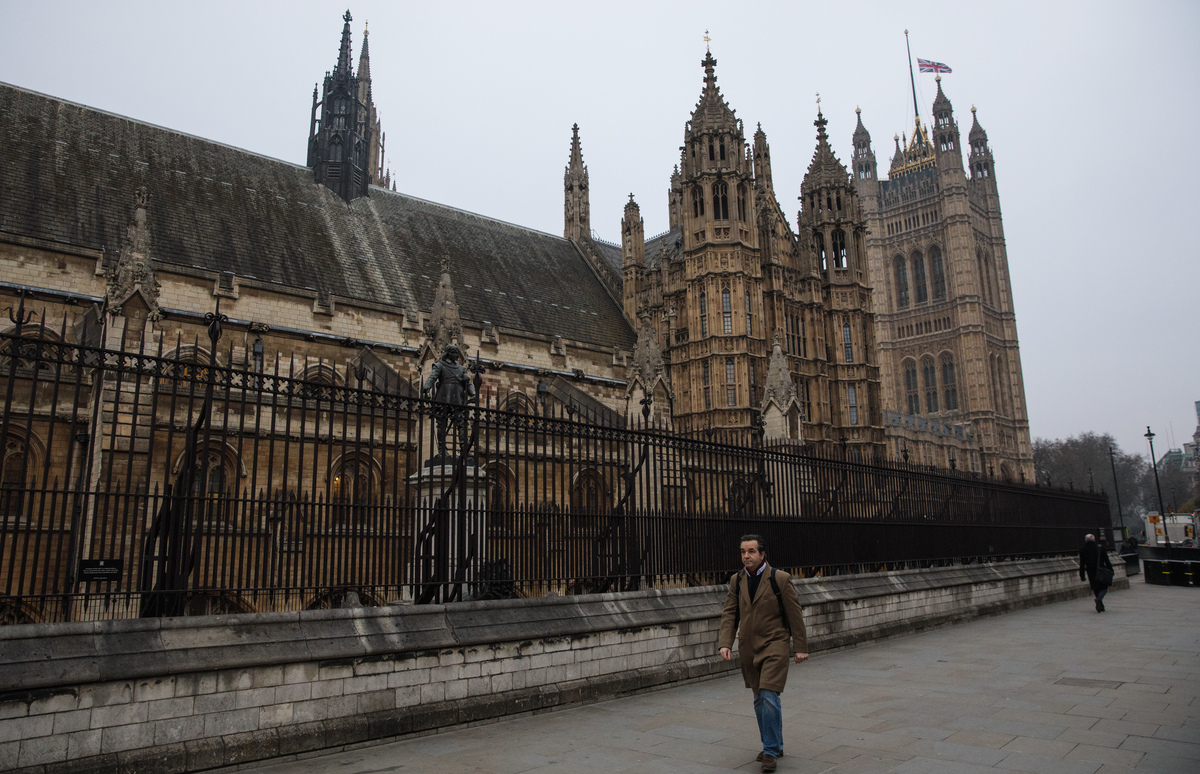 With Parliament Square reopened after Wednesday's attack, people walk past the Houses of Parliament, with the Union Jack flag flying at half-staff in London.

The death toll in Wednesday's terrorist attack near the U.K. Parliament has risen, after a 75-year-old man died of his injuries. Police say Leslie Rhodes of south London is the fourth person killed by British-born Khalid Masood, who was killed in the attack.

Other victims include Kurt Cochran of Utah, 54, whose wife was also seriously injured; Police Constable Keith Palmer, 48; and Aysha Frade, 43, who was reportedly on her way to pick her children up from school.

Police arrested 11 people in connection to the case, but have released eight of them with no action, and released one on bail.

Providing an update on the wounded, Metropolitan Police Deputy Commissioner Mark Rowley said, "two people remain in hospital in what is described as a critical condition, and one person is considered to have life threatening injuries."

"Two of our officers who were injured on Westminster Bridge in the attack also remain in hospital and also have sustained significant injuries," Rowley said.

When police identified the dead suspect as Khalid Masood, 52, on Thursday, they added that he had used "a number of aliases." And now they say that his name at birth was Adrian Russell Ajao.

"He is thought to have changed his name when he converted to Islam," NPR's Eleanor Beardsley reports from London.

Masood was born in Kent and "was known to police and has a range of previous convictions for assaults, including [grievous bodily harm ], possession of offensive weapons and public order offences," Scotland Yard said Thursday.

Discussing the suspect yesterday, Prime Minister Theresa May told the House of Commons, "Some years ago, he was once investigated by MI5 in relation to concerns about violent extremism. He was a peripheral figure; the case was historic; he was not part of the current intelligence picture."

Masood's criminal record dates to at least November 1983, when he was convicted of criminal damage. His last conviction was in December 2003 for possession of a knife.

On Friday, Rowley thanked journalists who agreed to police requests not to publish Masood's name while investigators were still taking stock of the potential threat and arranging arrests and searches. After the attack, the authorities launched a counter-terrorism investigation called Operation Classific, Rowley says.

Police believe Masood acted alone, but they also want to know if he was inspired by propaganda from extremist groups such as ISIS — which issued a claim of responsibility Thursday — or if he might also have had support or direction from other people in Britain.

After a string of raids and arrests in the wake of the attack, two more arrests were made last night, Rowley said.

Of the people arrested, six have since been released with "no further police action." Another person, a woman, was arrested and released on bail.

Searches have been either completed or are in-process at 21 locations, Rowley said. He added that police "have seized 2,700 items from our searches including massive of amounts of computer data."

At least 50 people were injured in the attack, in which Masood drove a small SUV onto the crowded sidewalk of Westminster Bridge. After crashing the vehicle into the fence around Parliament, Masood emerged with a large knife. He killed Palmer before another officer shot him to death.

As we reported Thursday, the attack's victims are from a wide cross-section, representing at least 12 nationalities.

Looking to ensure security heading into the weekend, police have nearly doubled the number of armed officers in London; elsewhere in the U.K., up to a third more armed officers are on duty.

On Friday, the Queen honored U.K. foreign affairs minister, Tobias Ellwood, who attempted to resuscitate Palmer in the immediate aftermath of the attack. Ellwood, along with security minister Ben Wallace, were appointed to the Privy Council which advises the monarchy. Wallace helped coordinate the government's response to the attack.