Accessibility links
Cincinnati Police Say 15 Shot, 1 Killed In Nightclub : The Two-Way A shooting in what police say was a packed nightclub in Cincinnati has left 15 people wounded, one of them fatally. 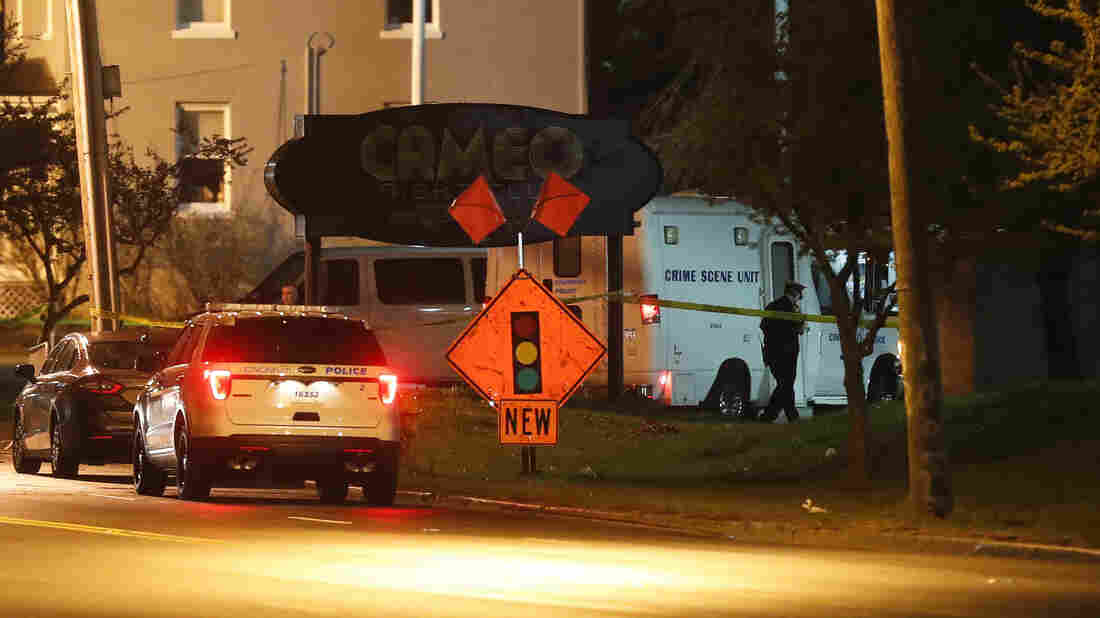 Police operate outside the Cameo Night Club after a reported fatal shooting on Sunday in Cincinnati. John Minchillo/AP hide caption 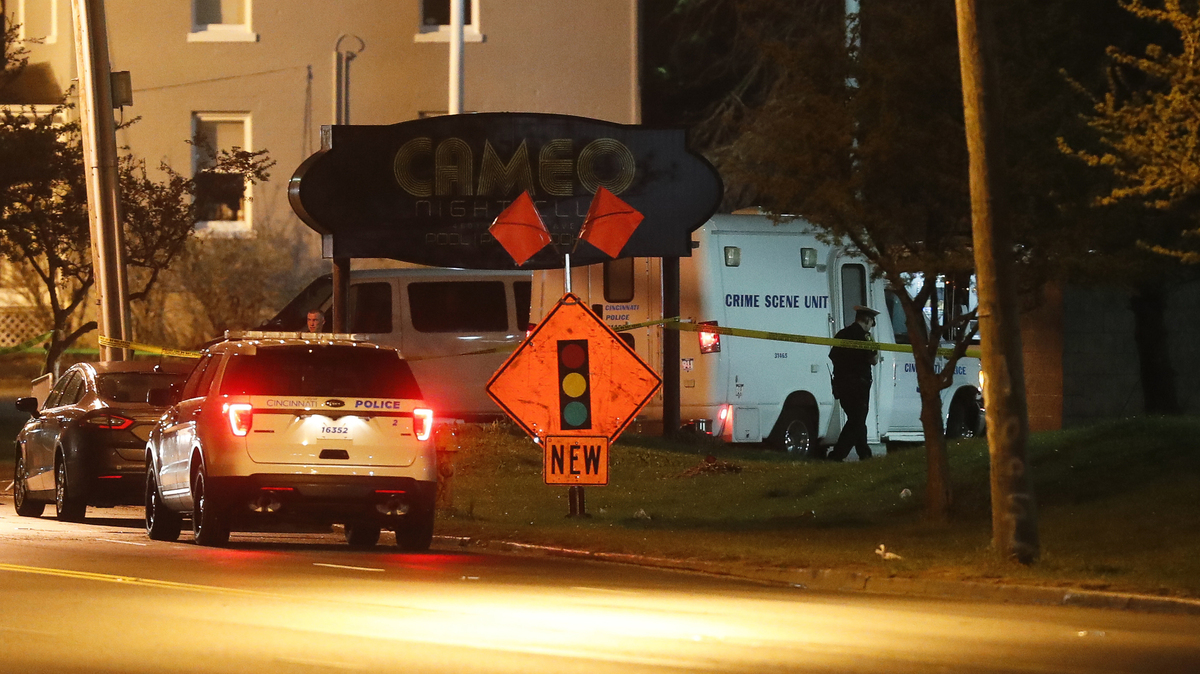 Police operate outside the Cameo Night Club after a reported fatal shooting on Sunday in Cincinnati.

A shooting in a Cincinnati nightclub left 15 people wounded, one of them fatally, early on Sunday morning.

The number of victims could rise, however, because people were traveling to hospitals on their own, Cincinnati police Capt. Kim Williams said.

NBC affiliate WLWT reported that police officers outside the club heard gunshots around 1 a.m., as the Cameo Night Club was closing.

Assistant Police Chief Paul Neudigate has tweeted that there was "only one reported shooter," and that police are "still investigating if others [are] involved."

Police have not released any description of the suspect or suspects involved.

On certain nights the club admits people age 18 and above. "Saturday nights it's a very young crowd," Williams said. "We have had incidents here in the past, but ... this is the worst by far," she told reporters.

Williams described the scene during the shooting as "just a lot of chaos when the shots went off." She said earlier in the evening there was a large crowd inside, but that "by the time shots were fired, individuals ran outside, so there's not a lot of people inside the club."

She said it was unclear what instigated the shooting, but that it began inside the club.

There were four officers working detail outside the club at the time, who administered aid to shooting victims and attempted CPR on the one person who "didn't make it," Williams said.

Assistant Police Chief Neudigate later tweeted that the motive "is still unclear but there are no indications this incident is terrorism related."