Accessibility links
South Korean Prosecutors Seek Arrest Warrant For Ousted President Park Geun-hye : The Two-Way If approved, the warrant would arrest Park in connection with the corruption scandal that's gripped the nation for months. But prosecutors argue that the evidence could be destroyed in the meantime. 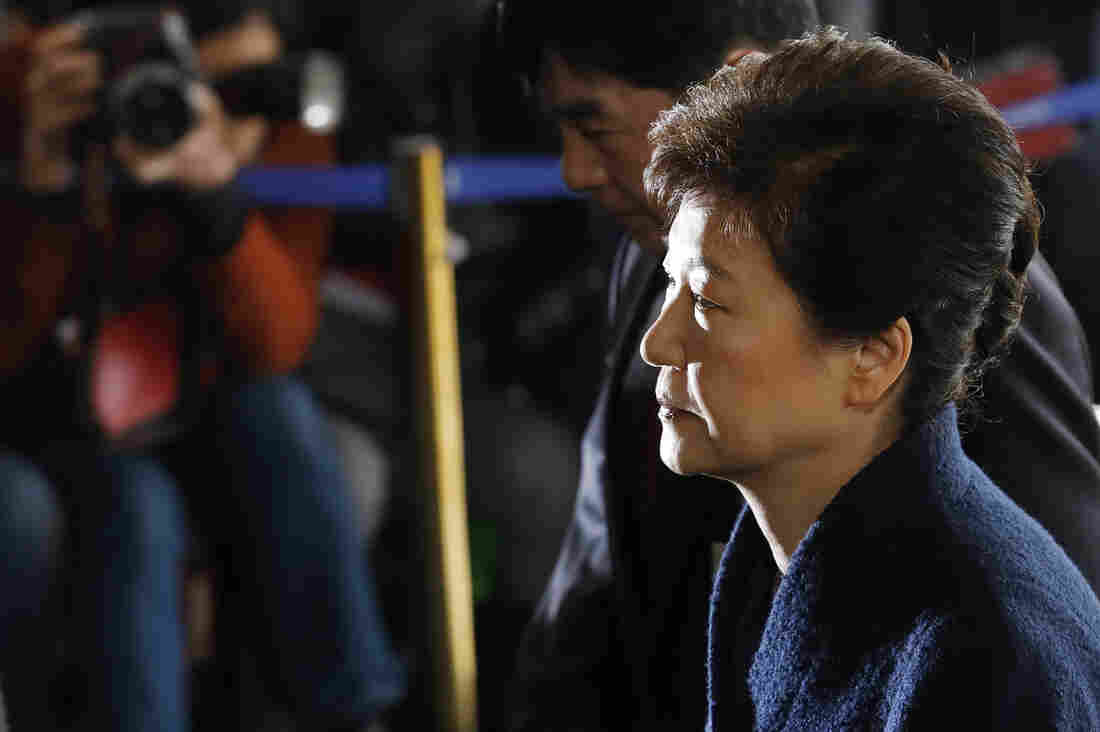 South Korea's ex-leader Park Geun-hye arrives at the prosecutor's office for questioning, in Seoul, on March 21, where she apologized to the people for her role in the corruption scandal that led to her impeachment. Kim Hong-ji/AP hide caption 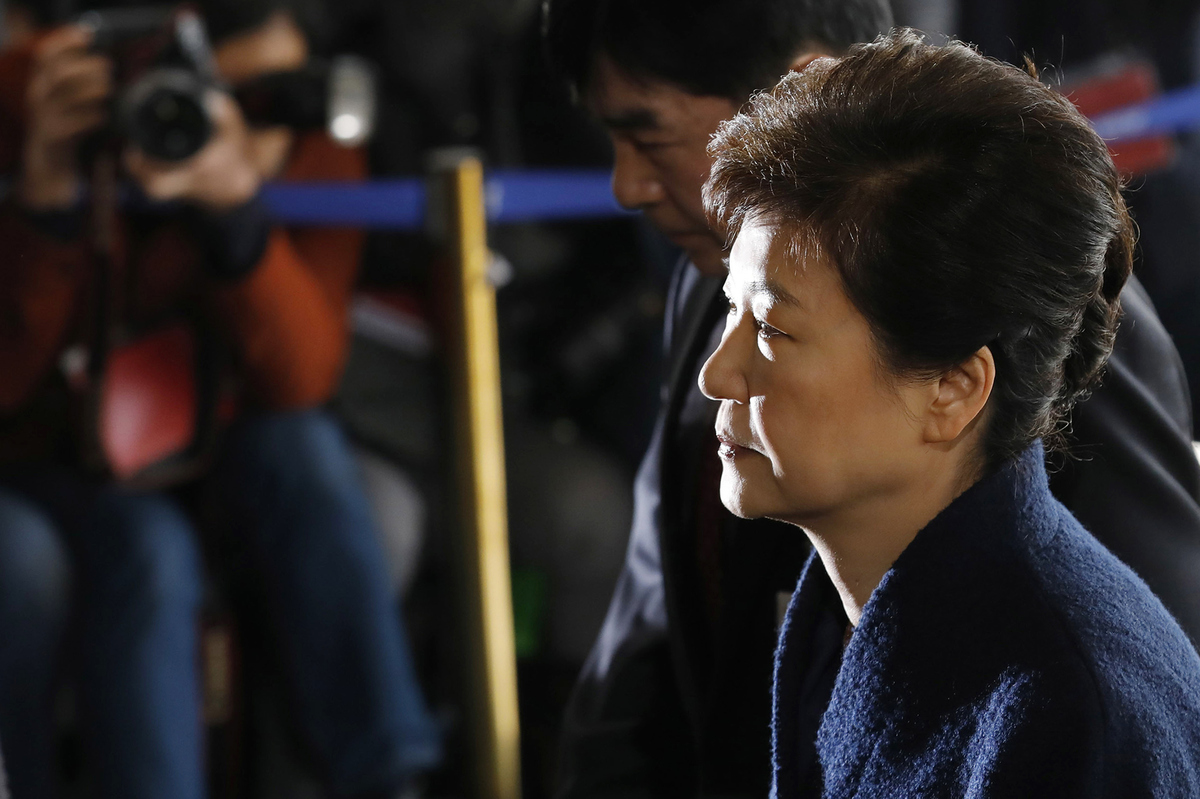 South Korea's ex-leader Park Geun-hye arrives at the prosecutor's office for questioning, in Seoul, on March 21, where she apologized to the people for her role in the corruption scandal that led to her impeachment.

Prosecutors in Seoul are seeking an arrest warrant for Park Geun-hye, South Korea's recently-ousted president, in connection with the blockbuster corruption scandal that's gripped the nation for months.

"The suspect has used her status as a president to receive money from companies, and interfered with the freedom of business management, as well as leaking important confidential material related to the government," the prosecutor's office said in a statement.

What's Next For South Korea After Ousting Its President

Under the South Korean system, a judge must approve a request for an arrest warrant before a suspect can be detained. That decision is expected before the end of the week. Park, for her part, has denied any allegations against her throughout the criminal investigation and while she faced impeachment.

Prosecutors argue that that without arresting Park, evidence could be destroyed, as Park refused to allow investigators entry for raids on the presidential office in recent months and resisted several requests to testify in her impeachment trial and take face-to-face questioning in the criminal corruption investigation.

Lawmakers impeached her in a decisive vote in early December, and a Constitutional Court upheld that decision earlier this month, making Park the first South Korean leader in the country's democratic history to be removed from office.

Park's criminal problems stem from the same tangled web that led to her ouster from office: She's accused of trusting a friend of 40 years, Choi Soon-sil, who had no official government role, with sweeping power to make appointments, revise policy speeches and use the power of the office to press conglomerates for "donations" to nonprofits believed to be personal slush funds.

The scandal has ensnared 30 former top government officials and the leaders of various chaebol, or family-run conglomerates, such as Samsung. Samsung's acting leader, Jay Y. Lee, currently sits in a jail cell for allegedly promising some $38 million and a dressage horse to the Choi Soon-sil nonprofits.

If the arrest warrant is issued, Park will be South Korea's third former president to be arrested on criminal allegations.