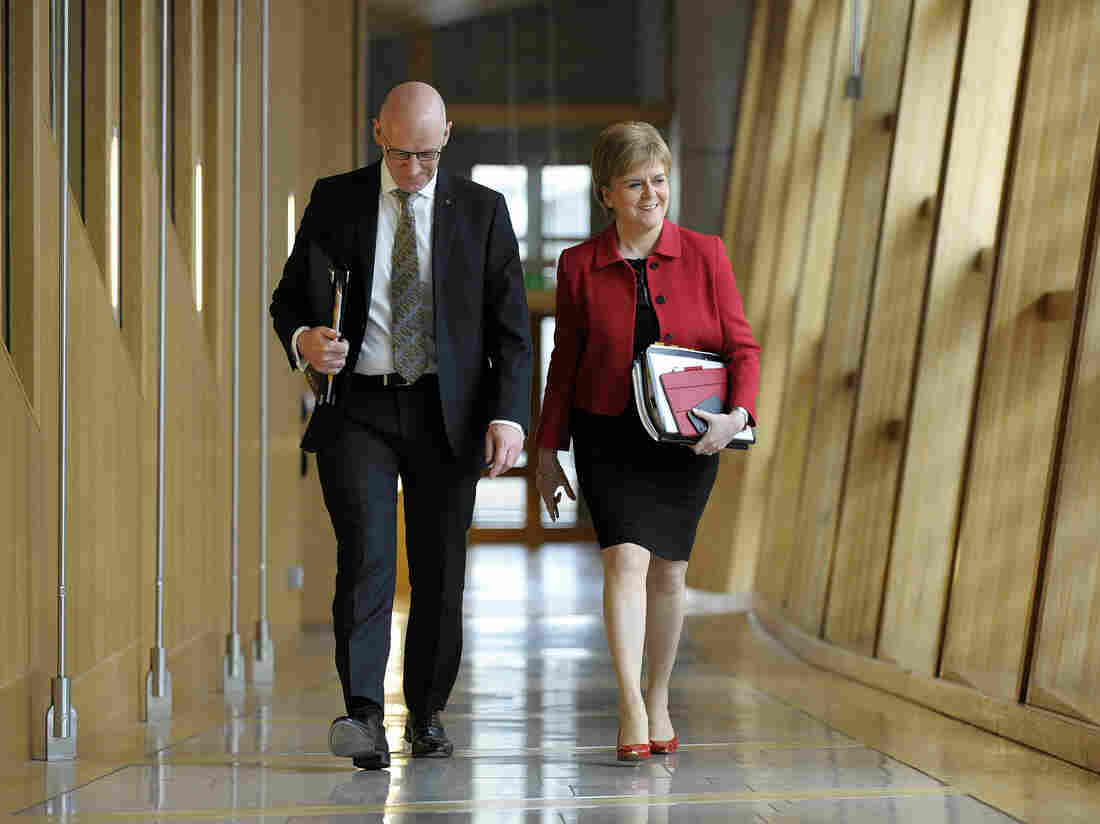 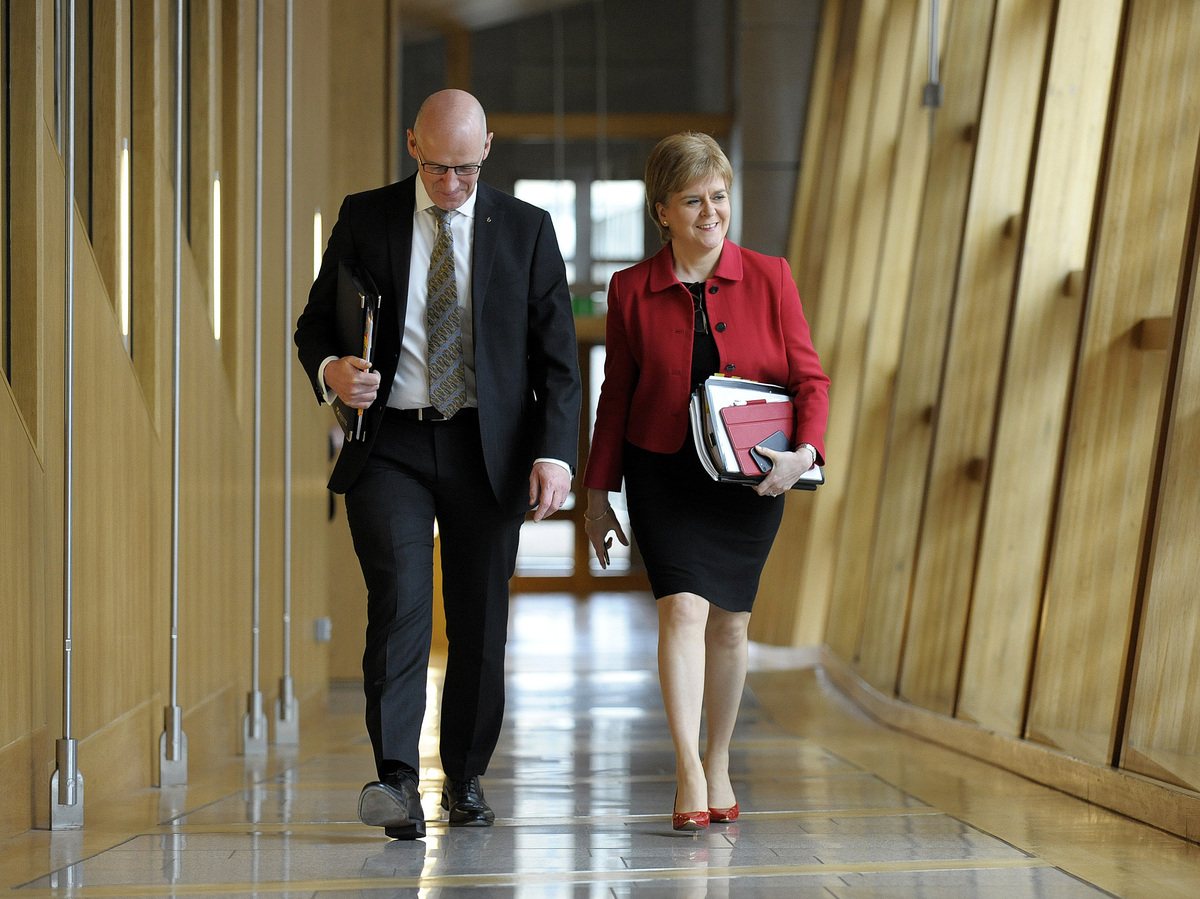 Scottish First Minister Nicola Sturgeon and Deputy First Minister John Swinney arrive at Scottish Parliament on Tuesday. They attended the second day of debate on a motion that ultimately granted Sturgeon the authority to pursue an independence referendum.

One day before the U.K. is widely expected to formally begin its departure from the European Union, Scottish lawmakers took another crucial step toward voting on a departure of their own.

By a 69-59 vote Tuesday, members of Scottish Parliament backed First Minister Nicola Sturgeon's pursuit of a new independence referendum. The motion grants Sturgeon the authority to negotiate with the U.K. government in London on behalf of Edinburgh, placing Scotland one step closer to granting its voters another say on whether to leave the United Kingdom.

The move comes fewer than three years after Scotland last voted on declaring independence. In that 2014 referendum, 55 percent of Scottish voters chose to stay in the union.

Yet Sturgeon argues that the U.K.'s June 2016 decision to leave the European Union — a decision Scottish voters rejected to the tune of 62 percent to 38 percent — has changed the political situation sufficiently to warrant a second referendum.

Scottish Leader Seeks New Vote On Independence: 'It Will Be Scotland's Choice'

"What Scotland deserves, in the light of the material change of circumstances brought about by the Brexit vote, is the chance to decide our future in a fair, free and democratic way — and at a time when we are equipped with the facts we need," the Scottish first minister and head of the Scottish National Party declared earlier this month.

The U.K. prime minister, who is set to trigger the country's exit from the EU on Wednesday, has repeatedly said that "now is not the time" for a referendum, the BBC reports. After Tuesday's vote, a U.K. government spokeswoman rejected the idea of a referendum, which could take place as early as fall 2018 under Sturgeon's proposal — in other words, before Brexit negotiations are expected to formally wrap up.

"It would be unfair to the people of Scotland to ask them to make a crucial decision without the necessary information about our future relationship with Europe, or what an independent Scotland would look like," the official said, according to Reuters.

During debate over the motion passed Tuesday, Sturgeon reaffirmed Scotland's "right to choose between Brexit — possibly a very hard Brexit — or becoming an independent country, able to chart our own course and create true partnership of equals across these islands."

And, Sturgeon added, she would not be deterred if the U.K. government declined to negotiate over the proposed referendum.

"If it chooses not to do so, I will return to the [ScottishParliament following the Easter recess to set out the steps that the Scottish government will take to progress the will of parliament."