Accessibility links
White Supremacist Charged With Terrorism Over Murder Of Black Man : The Two-Way Police say James Jackson traveled to New York City in order to "kill black men," a plan he carried out when he stabbed a stranger to death on a street corner. The terror charges were announced Monday. 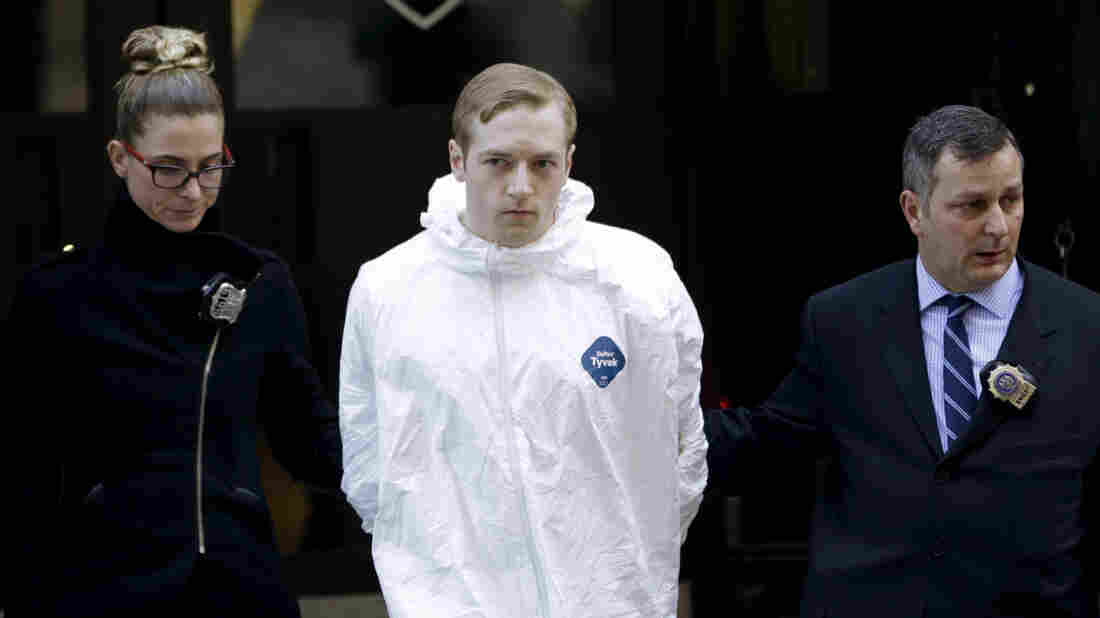 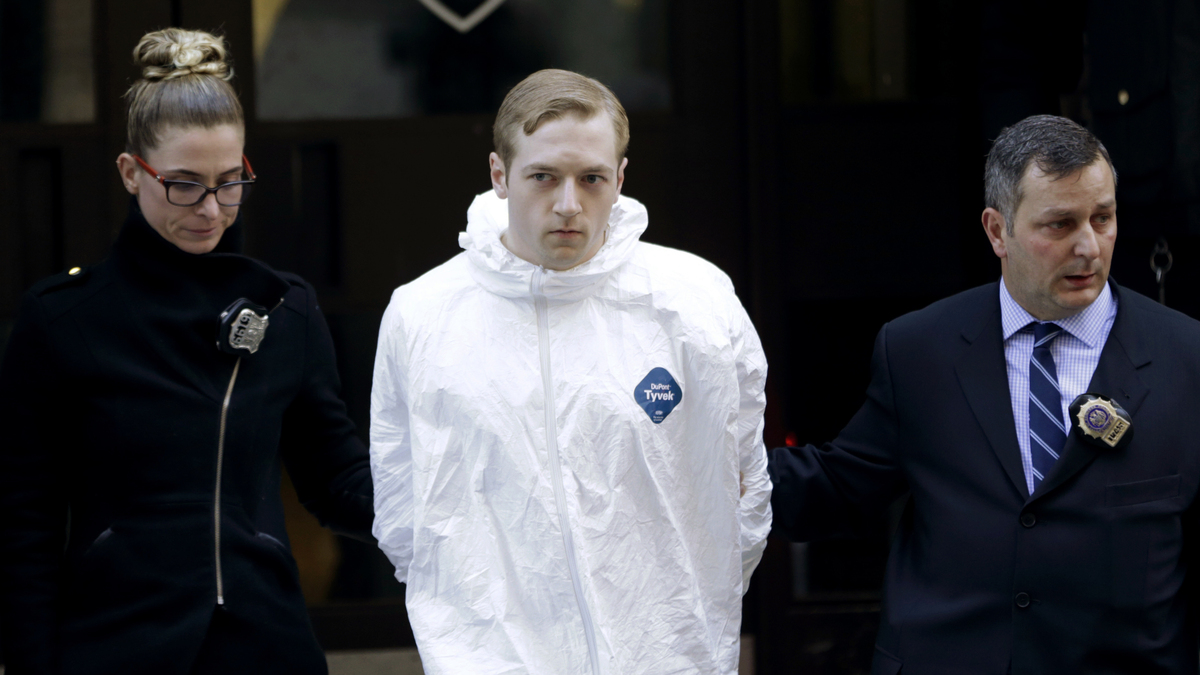 James Harris Jackson is escorted out of a police precinct in New York on March 22. Police said Jackson, accused of fatally stabbing a black man in New York City, told investigators he traveled from Baltimore specifically to attack black people.

Authorities in New York have charged a white supremacist from Baltimore with terrorism over the murder of a black man last week.

It was a plan he carried out on Monday, stabbing 66-year-old Timothy Caughman to death on a public street corner, police say.

The Associated Press reports that Caughman was remembered "as a gentleman and a good neighbor."

Caughman "was alone and collecting bottles for recycling last week when he was attacked from behind with a sword," the AP writes. "He staggered, bleeding, into a police station and later died at a hospital."

Authorities say that Jackson, who turned himself in to police after the murder, is a member of a white supremacist group, NPR's Joel Rose reports.

"Police say he took a bus from Baltimore to New York specifically to get more media coverage for the act, and picked Caughman at random," Joel says.

"Jackson was already charged with murder," Joel notes. "Manhattan District Attorney Cyrus Vance is bringing additional charges, including murder as an act of terrorism and murder as a hate crime."

The terror charges were announced on Monday.

In an interview from jail, Jackson told a reporter from the New York Daily News that he wanted to kill a number of black men, with the idea that the attack might somehow make white women decide not to have interracial relationships.

He said that his military training helped him form his plans. The AP reports that Jackson was in the Army from 2009 to 2012, and was deployed to Afghanistan.

The murder of Caughman was meant to be a "practice run" for this larger plot, but he got "depressed" after the killing, Jackson said.

In the interview, Jackson was sometimes "boasting of his white supremacy," and at other times "appeared dejected by society's rejection of his violent, racist message," the Daily News writes.

Vance, the district attorney bringing the terror and hate crime charges, says that Jackson's objective was to "launch a campaign of terrorism" against New York City and its values.

"Last week, with total presence of mind, he acted on his plan, randomly selecting a beloved New Yorker solely on the basis of his skin color, and stabbing him repeatedly and publicly on a Midtown street corner," Vance said.