Accessibility links
Footy McFooty Face Is Stomping Competition In Vote For MLS Team Name : The Two-Way With the final round of voting set to close Friday, Footy McFooty Face has more than twice the votes of any other potential name. 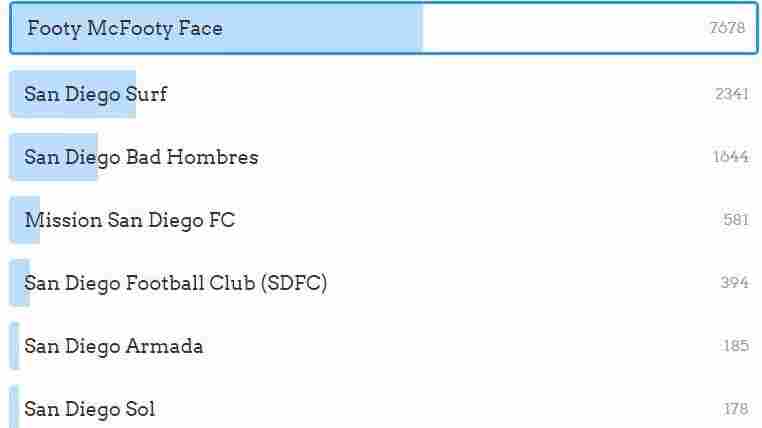 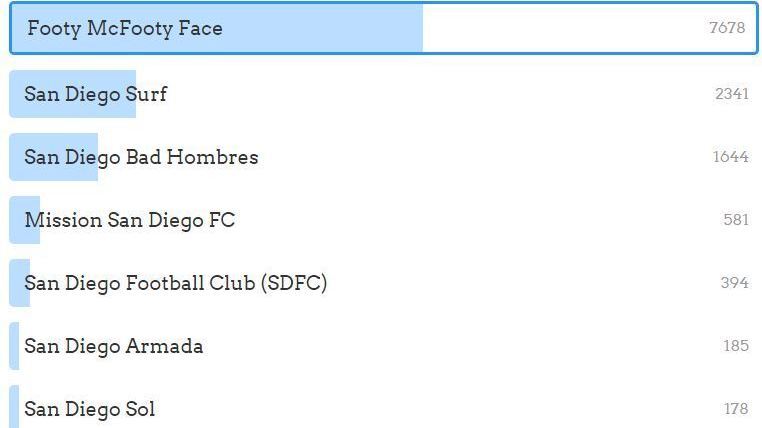 Fans are embracing a San Diego group's effort to bring a Major League Soccer team to the city — or at least, they're embracing the most unlikely name for the squad. With the final round of an online vote set to close Friday, Footy McFooty Face has more than twice the votes of any other potential name.

By tapping into the Internet's love for silly names, the episode evokes the famous "Boaty McBoatface" saga of last year, in which online voters chose that name to grace a $300 million British ocean research vessel.

That U.K. result was overruled — and it seems likely that if MLS does expand to San Diego, its team won't be wearing Footy McFooty Face jerseys. FS Investors, the backers of San Diego's MLS bid, say they'll submit the top 10 names to the league for review.

As The San Diego Union-Tribune notes, the online vote plays into the hopes of FS Investors, as the group vies for attention and support for its plan to land an MLS team in Qualcomm Stadium, which up until January was known as the home of the San Diego Chargers.

Perhaps Footy McFooty Face will go the way of Boaty, and be given to a less imposing entity. While Boaty McBoatface is now the name of a small submersible, might San Diego someday have a sports mascot named Footy McFooty Face?

As the organizers note on their Facebook page, "a nickname or mascot can be added to traditional names."

Here's looking forward to the day we see an oversized foam foot patrolling the sidelines in Qualcomm Stadium.