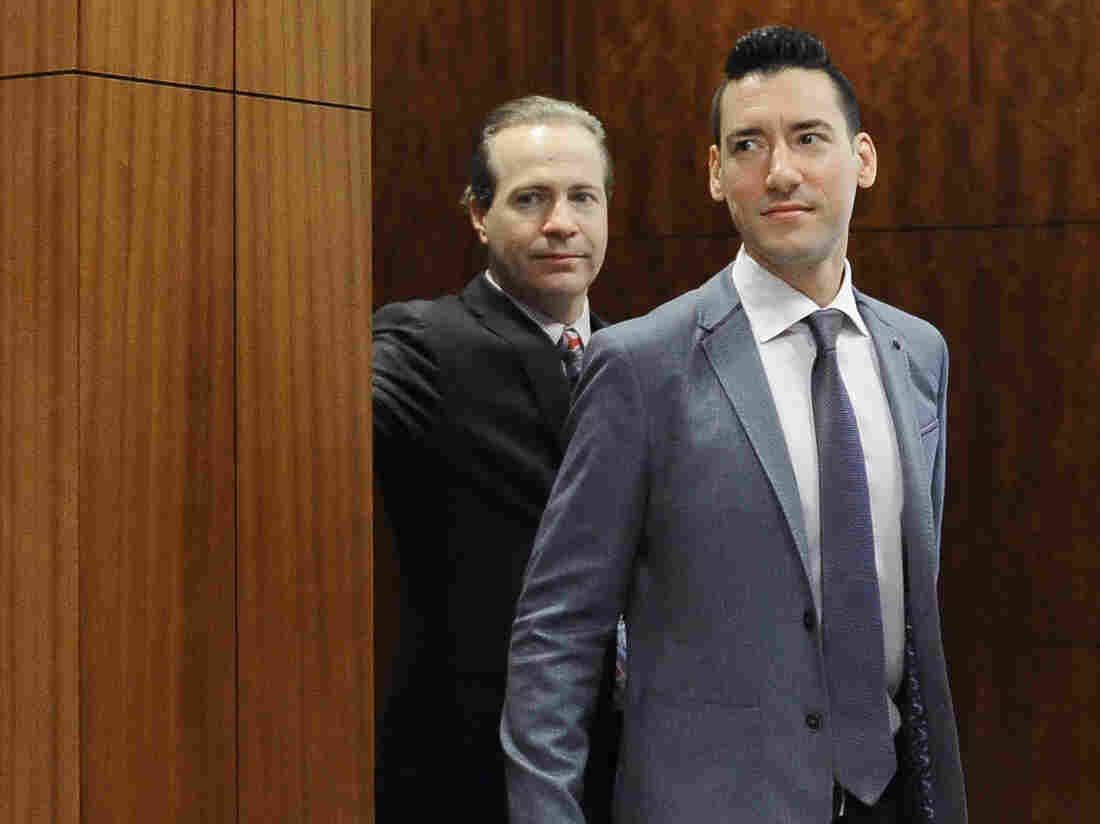 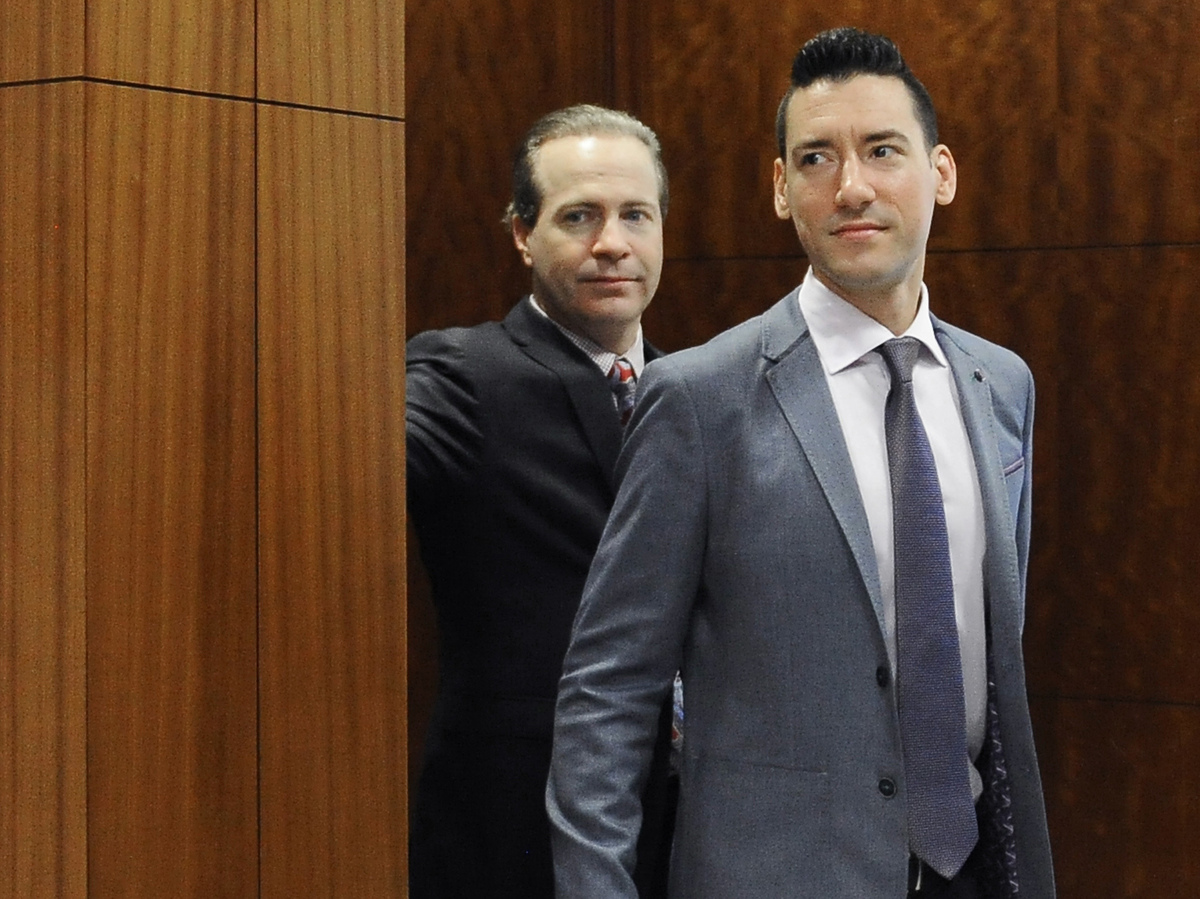 David Robert Daleiden (right) leaves a courtroom after a hearing in Houston. California prosecutors say two anti-abortion rights activists who made undercover videos of themselves trying to buy fetal tissue from Planned Parenthood have been charged with 15 felony counts of invasion of privacy. State Attorney General Xavier Becerra announced the charges Tuesday.

California Attorney General Xavier Becerra announced the charges against David Daleiden and Sandra Merritt on Tuesday, saying the state "will not tolerate the criminal recording of confidential conversations."

In a statement, Daleiden called the charges "bogus" and reiterated claims that Planned Parenthood has violated the law by selling fetal tissue — an allegation that has been investigated by more than a dozen states, none of which found evidence supporting Daleiden's claim.

Planned Parenthood, meanwhile, says it has "has done nothing wrong, and the only people who broke the law are those behind the fraudulent tapes."

You may remember that in 2015, Daleiden's organization released a video of a Planned Parenthood official discussing how the organization provides fetal tissue to researchers.

Daleiden claimed the video showed evidence that Planned Parenthood was selling that tissue, which would be illegal. Planned Parenthood said the footage was misleadingly edited and that the organization donates tissue following legal guidelines and with permitted reimbursements for expenses, which investigations have corroborated.

Last year, a grand jury in Texas was examining Daleiden's allegations. The grand jury determined there was no sign of criminal wrongdoing by Planned Parenthood.

Those charges were dismissed: the misdemeanor on technical grounds, and the felonies after lawyers argued the grand jury didn't have the authority to bring charges so different from their original mandate.

The new charges filed in California are different felony charges, tied to the act of recording. The state says it reviewed thousands of video files to try to identify the people Merritt and Daleiden are accused of recording without consent. They found 14 such people recorded in California in 2014 and 2015.

(The state of California has not named the people it identified. In 2015 Daleiden told NPR that he spent three years planning his sting video operation, recording hours of conversation with "top-level Planned Parenthood executives, and doctors," among other people. )

The two activists each face 15 charges — one for each person they are accused of recording without permission, and one for conspiracy.

In California, you generally need the consent of everyone involved in order to legally record a private conversation.

"In April of last year, Daleiden said in a Facebook post that California Department of Justice agents raided his home, seizing all of his video footage along with personal information.

"Since then the case had gone largely quiet, with virtually no revelations about the investigation and no indication that the charges were coming before they were filed Tuesday in San Francisco Superior Court.

"The case is one of the first of high-profile prosecutions for Becerra, who left the U.S. House to take over for Kamala Harris after she became a U.S. Senator."