Accessibility links
Cristiano Ronaldo's New Bronze Bust Is Turning Heads : The Two-Way At the dedication of an airport named for the soccer legend, officials unveiled another honor: a bust of his head. The Internet was quick to note that the bust, well, kind of missed its mark. 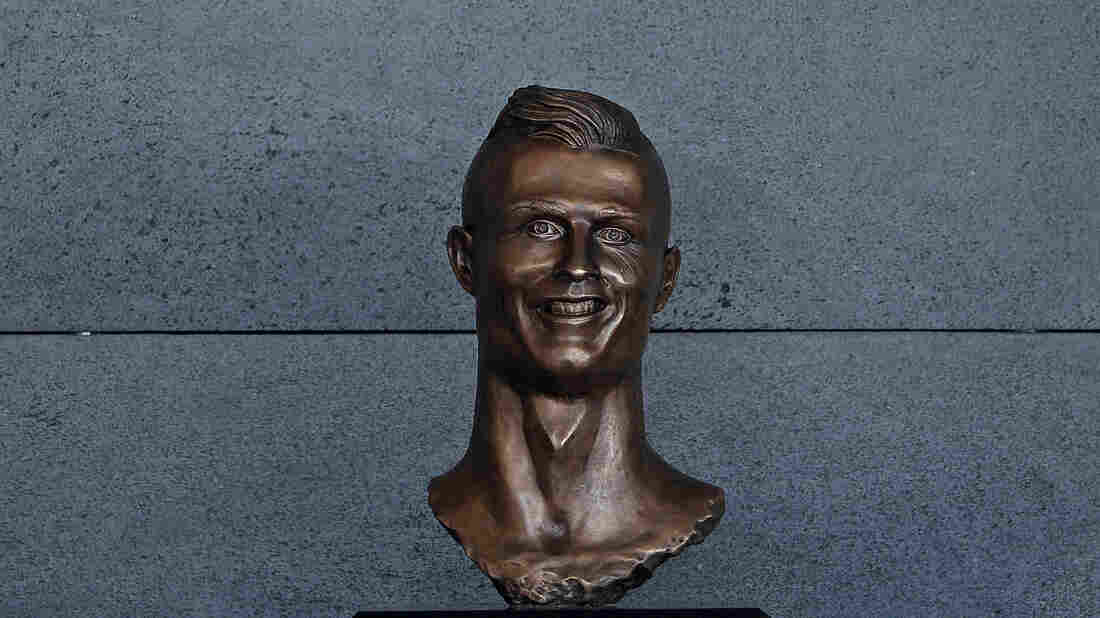 Look upon the bust of Ronaldo and quake, for its unending gaze stareth into thy soul. Octavio Passos/Getty Images hide caption 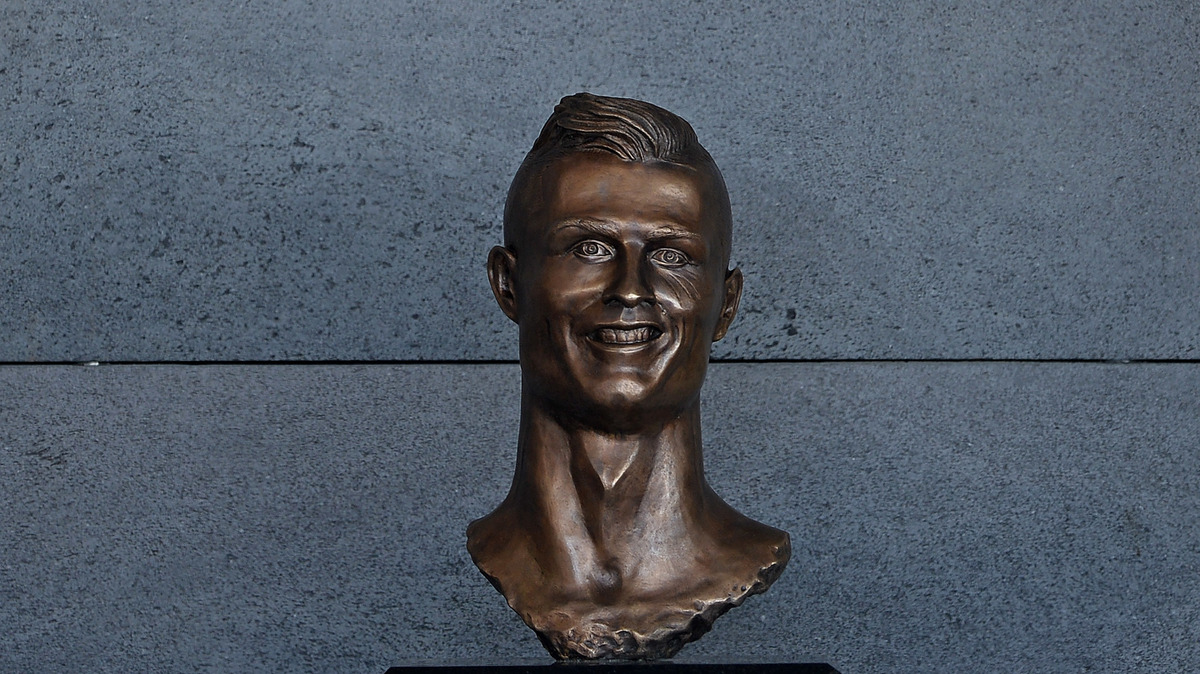 Look upon the bust of Ronaldo and quake, for its unending gaze stareth into thy soul.

Cristiano Ronaldo is one of the world's most recognizable people.

An international soccer superstar, blessed with good looks and a golden foot, Ronaldo indisputably stands as one of the greatest to take the pitch. He's so beloved, in fact, that he just got an international airport named after him in his native Madeira Islands in Portugal — plus a bust fashioned in his likeness.

"Seeing my name being given to this airport is something very special," Ronaldo told reporters at the unveiling Wednesday. "Everyone knows that I am proud of my country and especially my home city."

It was a lovely, heartfelt moment — but real quick, could we get back to that bust? 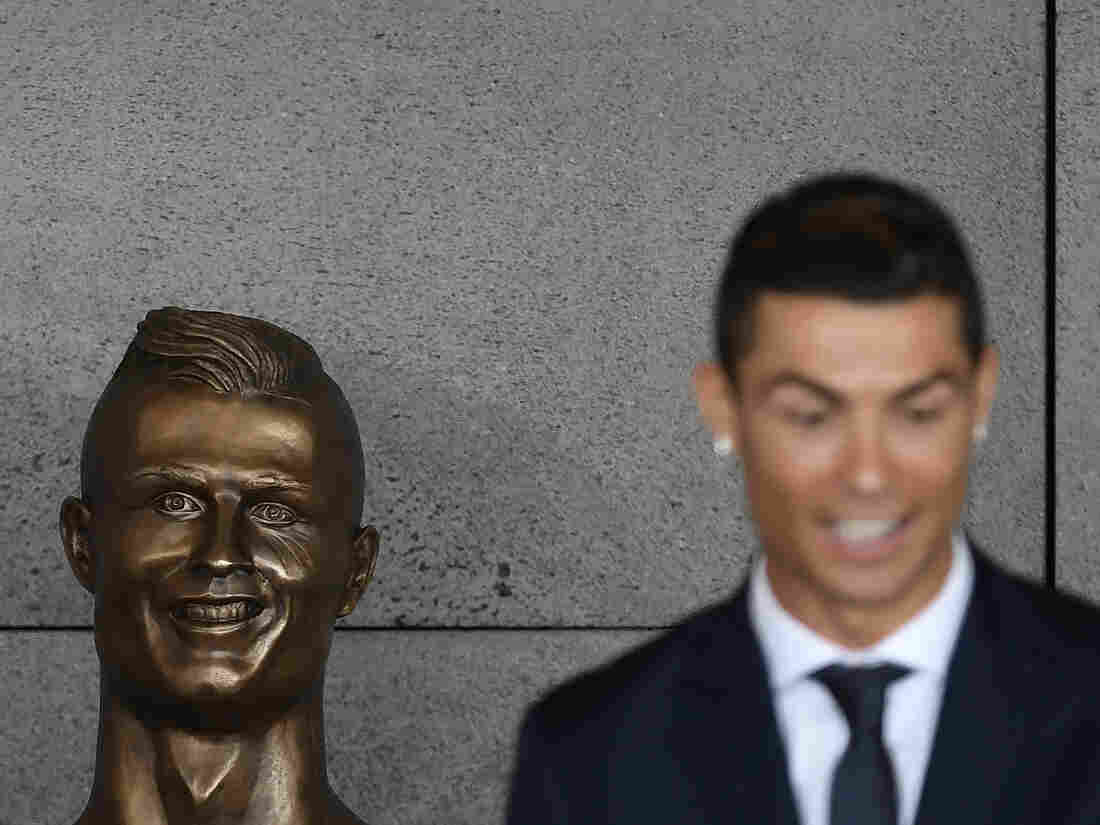 Now, now, we know what you're thinking: How will I ever tell them apart? Francisco Leong/AFP/Getty Images hide caption 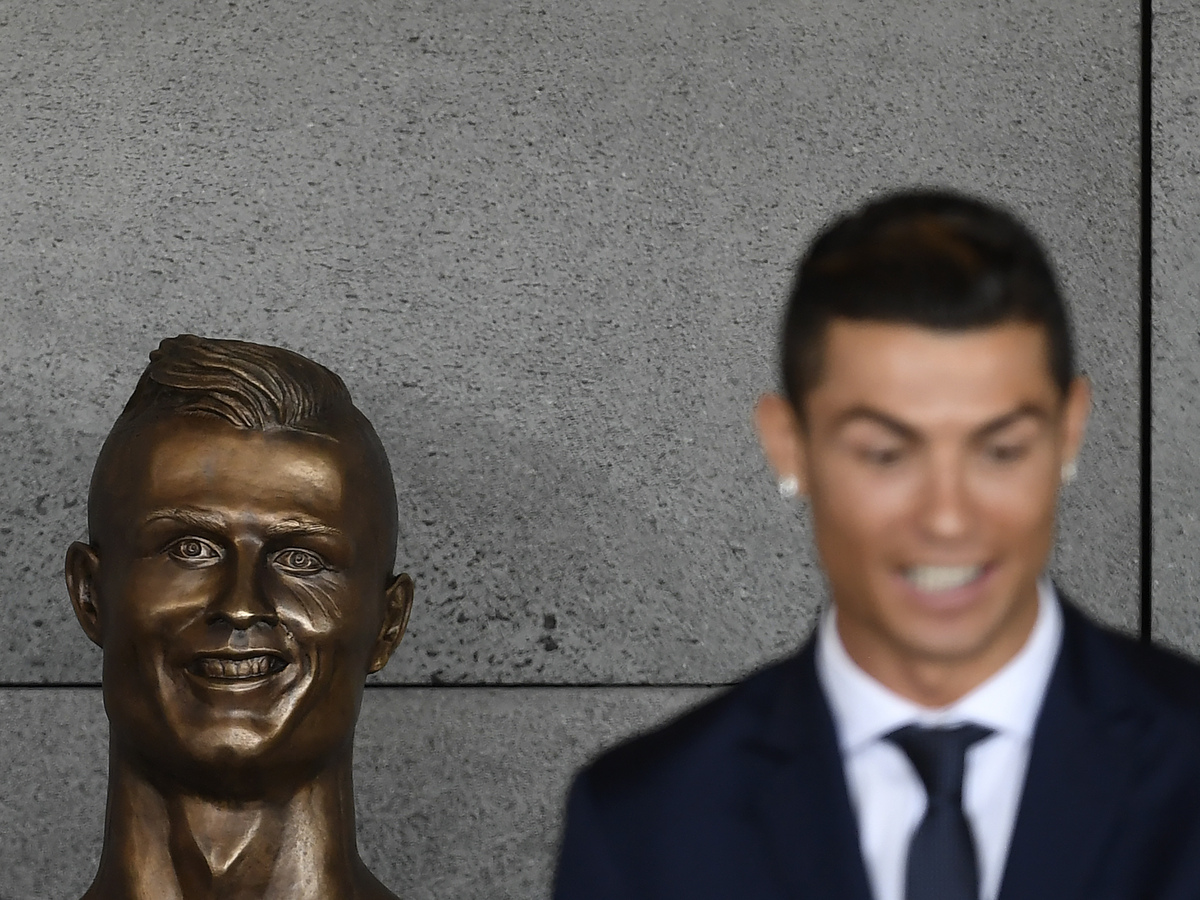 Now, now, we know what you're thinking: How will I ever tell them apart?

It is, well ... perhaps a bit inaccurate to say it's his likeness. The bust to some may bear less of a resemblance to the legendary forward than it does to another figure of recent legend: "Scary Lucy," the life-size bronze statue of Lucille Ball that bared its teeth at park-goers for years in Celoron, N.Y.

The Associated Press astutely breaks down some of the, er, discrepancies:

"The bronze bust squashes the player's eyes close together, and the cheeky raised-eyebrow smile more resembles a leer. The face is also unusually chubby, in contrast to Ronaldo's chiseled looks."

"It's always a great honor to work on project like that," the bust's sculptor, Madeira native Emanuel Santos, told local TV channel RTP, according to the AP. The wire service notes he says it took him 15 days to finish the work.

"I still haven't had the chance to personally talk to [Ronaldo], but I'll try to reach out to him to know his feedback."

Naturally, the denizens of Twitter, never ones to leave a single snark unspent, didn't hesitate to offer some less-than-generous feedback of their own.

"You got a pic of Ronaldo for this bust?"

Some were quick to note that the bust isn't the first time Ronaldo has been depicted in bronze — nor is it the first time that such a bronze has received the wrong kind of attention. In 2014, he got a 10-foot statue set up outside his personal museum, the CR7 Museum, which had opened the year before in Funchal, the capital of the Madeira archipelago.

For a very handsome man, Ronaldo has had some appalling luck with statue-makers pic.twitter.com/M74YEDng4c

Let's have another look at that statue.

Cristiano Ronaldo's statue was unveiled in Madeira today. It's... well, look at it. pic.twitter.com/wABk4gf2hT

... which, like nearly everything else on the Internet, returned in the end to that mysterious reigning king of all sports memes: Crying Jordan.

They've done Ronaldo so dirty with that statue. pic.twitter.com/XaTL1ldNSf