Accessibility links
Despite Historic Mix-Up, PricewaterhouseCoopers Will Keep Its Oscars Job : The Two-Way The Academy of Motion Picture Arts and Sciences says there'll be a few new safeguards following the Best Picture flub, including not allowing electronic devices backstage.

Despite Historic Mix-Up, PricewaterhouseCoopers Will Keep Its Oscars Job

Despite Historic Mix-Up, PricewaterhouseCoopers Will Keep Its Oscars Job 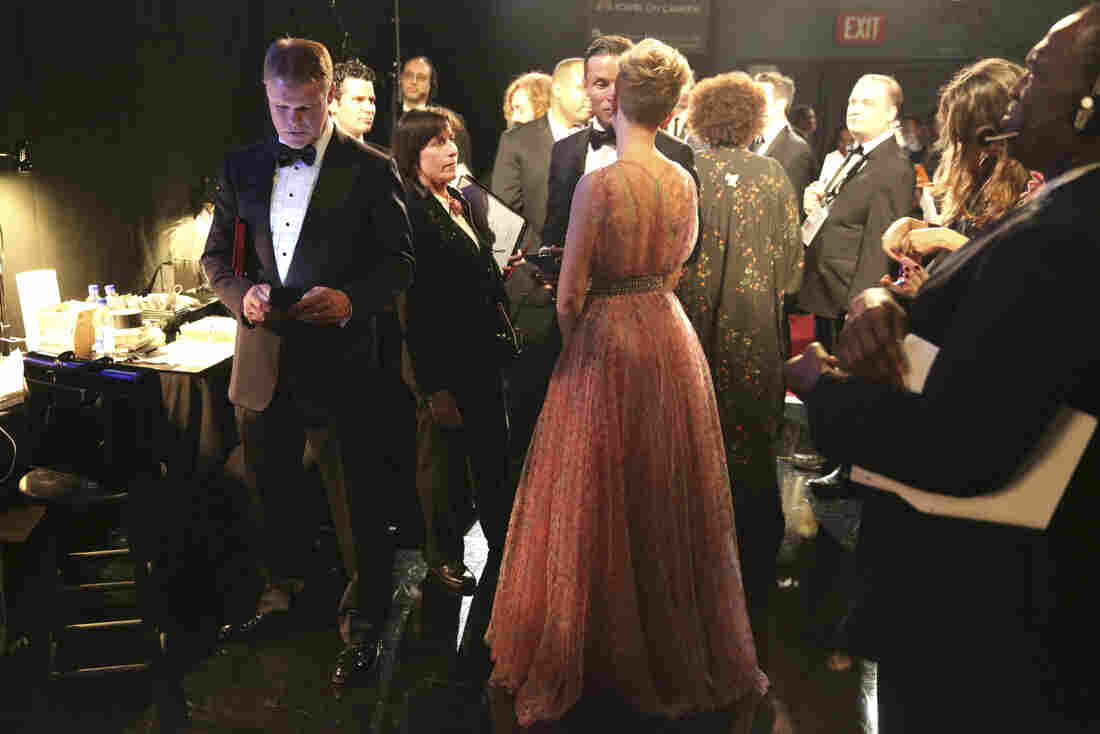 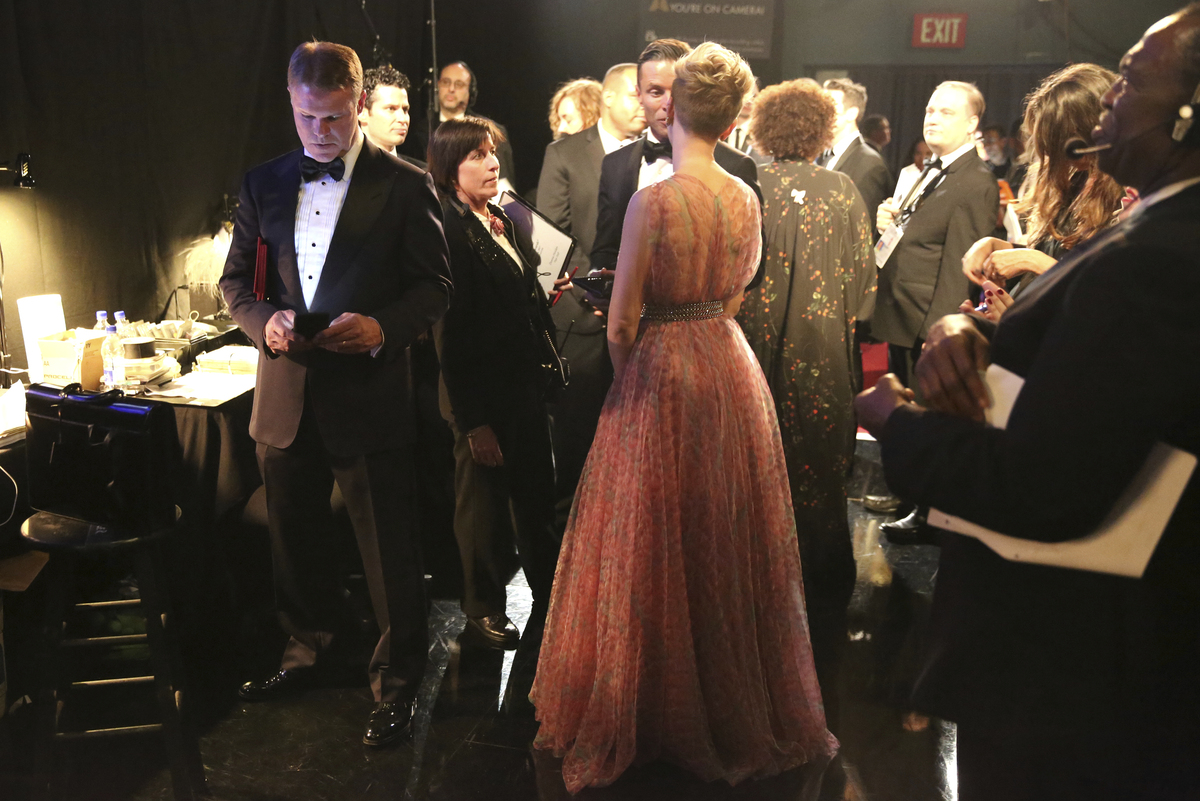 PricewaterhouseCoopers accountant Brian Cullinan (left) holds red envelopes under his arm backstage while using his cellphone during the Oscars ceremony at the Dolby Theatre in Los Angeles in February.

The Academy of Motion Picture Arts and Sciences has decided that despite the historic flub at this year's Oscars, PricewaterhouseCoopers will continue to be involved in the balloting and ceremony — with a few new safeguards.

The La La Land cast and crew was already on stage and delivering acceptance speeches when it emerged that Moonlight had actually won.

Academy President Cheryl Boone Isaacs said in a letter to academy members that their board of governors has decided to continue the eight-decade working relationship with PwC.

But new protocols will be put in place intended to prevent another mistake of that magnitude. The error was blamed on a distracted PwC partner said to be tweeting moments before handing over the wrong envelope. Now, electronic devices will be removed from backstage.

Additional measures include a PwC employee "with knowledge of the award winners who will sit in the control room with the show's director throughout the ceremony," and the "implementation of partner rehearsals for possible onstage issues."

The new protocols also expand the oversight roles of two members of PwC's senior management in the balloting. The board of governors made the decision at its first meeting since the ceremony.

Boone Isaacs added that PwC "has taken full responsibility for the mistake" and that the academy "has been unsparing in our assessment that the mistake make by representatives of the firm was unacceptable."

At the same time, she said, this year was "the most extraordinary and memorable Oscars ceremony in decades."

Earlier this month, Boone Isaacs told The Associated Press that the two PwC accountants who were handing out envelopes backstage during this year's ceremony have been "permanently removed from all film academy dealings."