Accessibility links
Michael Flynn Wants Immunity To Testify On Trump Campaign Russia Contacts : The Two-Way Senate and House panels are investigating Russian interference in the 2016 elections, and Flynn's lawyer says his client "certainly has a story to tell" in a "politicized witch hunt environment." 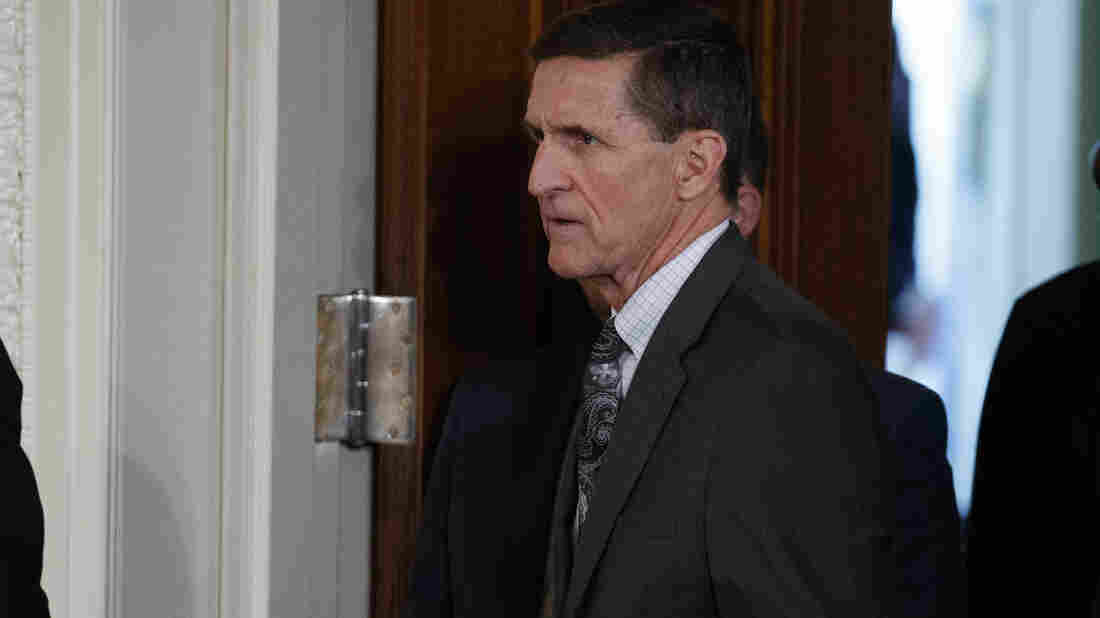 Former national security adviser Michael Flynn's lawyer says Flynn has offered to testify about Trump campaign contacts with Russia if he gets immunity from prosecution. Flynn is seen at the White House on Feb. 13. Evan Vucci/AP hide caption 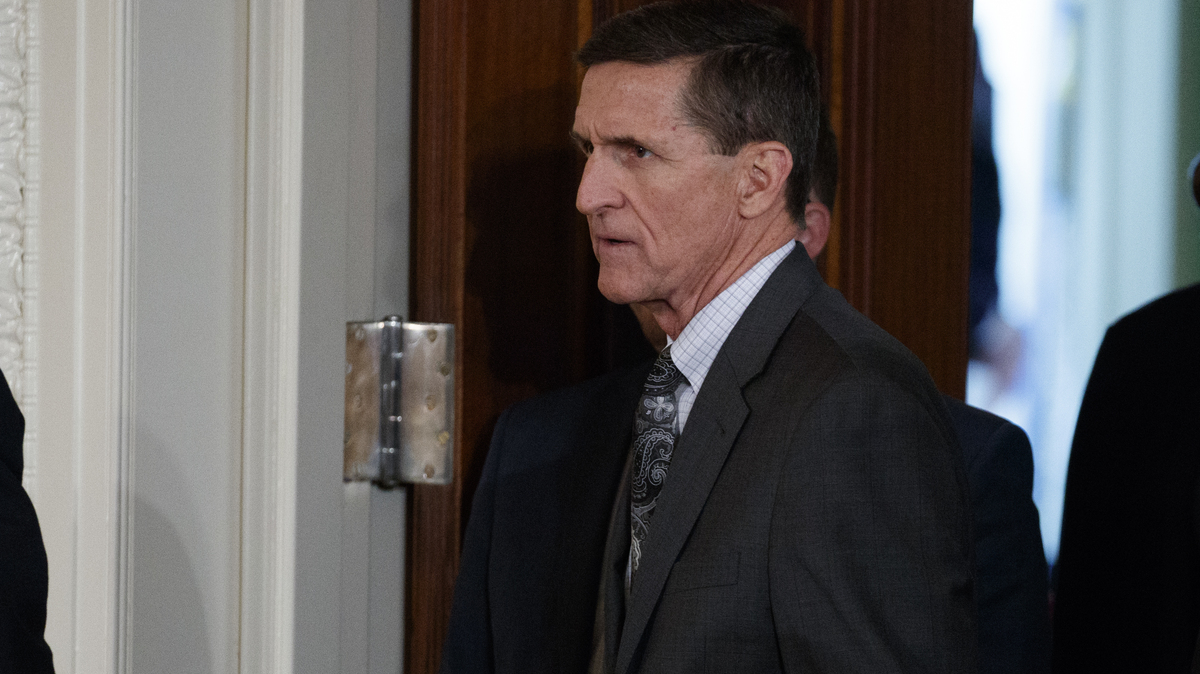 Former national security adviser Michael Flynn's lawyer says Flynn has offered to testify about Trump campaign contacts with Russia if he gets immunity from prosecution. Flynn is seen at the White House on Feb. 13.

Former national security adviser Michael Flynn is negotiating with the House and Senate intelligence committees to testify about any Trump campaign dealings with Russia — after he is given immunity from prosecution, according to his lawyer.

The Wall Street Journal first reported Flynn was seeking immunity. Flynn's attorney Robert Kelner released a statement that said in part that "General Flynn certainly has a story to tell, and he very much wants to tell it, should the circumstances permit."

Kelner said in the statement that he would not comment on discussions with the intelligence committees but added that "no reasonable person, who has the benefit of advice from counsel, would submit to questioning in such a highly politicized, witch hunt environment without assurances against unfair prosecution."

California Democrat Adam Schiff, the ranking member on the House committee, released a statement saying in part, "We should first acknowledge what a grave and momentous step it is for a former National Security Advisor to the President of the United States to ask for immunity from prosecution.

"We will be discussing the matter with our counterparts on the Senate Intelligence Committee and the Department of Justice," Schiff said, noting "there is still much work and many more witnesses and documents to obtain before any immunity request from any witness can be considered."

The committees and the FBI are looking into Russian meddling in the 2016 U.S. elections, and what contacts the Donald Trump campaign had with Russian officials. They want to talk to Flynn about meetings he had with the Russian ambassador to the U.S. before President-elect Trump was inaugurated and legally entitled to conduct foreign policy. They also have questions about more than $50,000 Flynn collected from Russian entities.

House hearings are on hold following criticism of Nunes for discussing the investigation at the White House without telling the other committee members. The Senate panel held its first public hearing Thursday.

Early Friday, President Trump tweeted his support for Flynn's immunity request amid what he called "a witch hunt."

Mike Flynn should ask for immunity in that this is a witch hunt (excuse for big election loss), by media & Dems, of historic proportion!