Accessibility links
Venezuelan Political Crisis Grows After High Court Dissolves Congress : The Two-Way The move is widely seen as bid by President Nicolas Maduro to consolidate his power in the face of a multi-layered crisis. 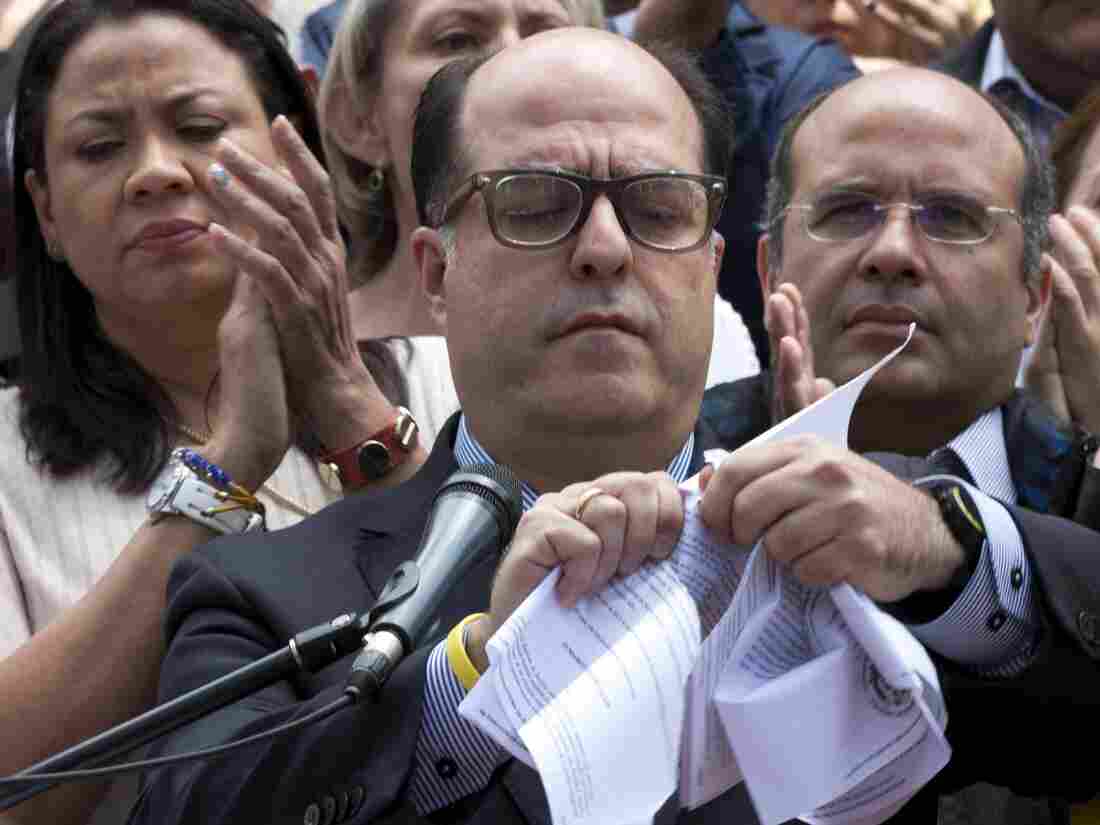 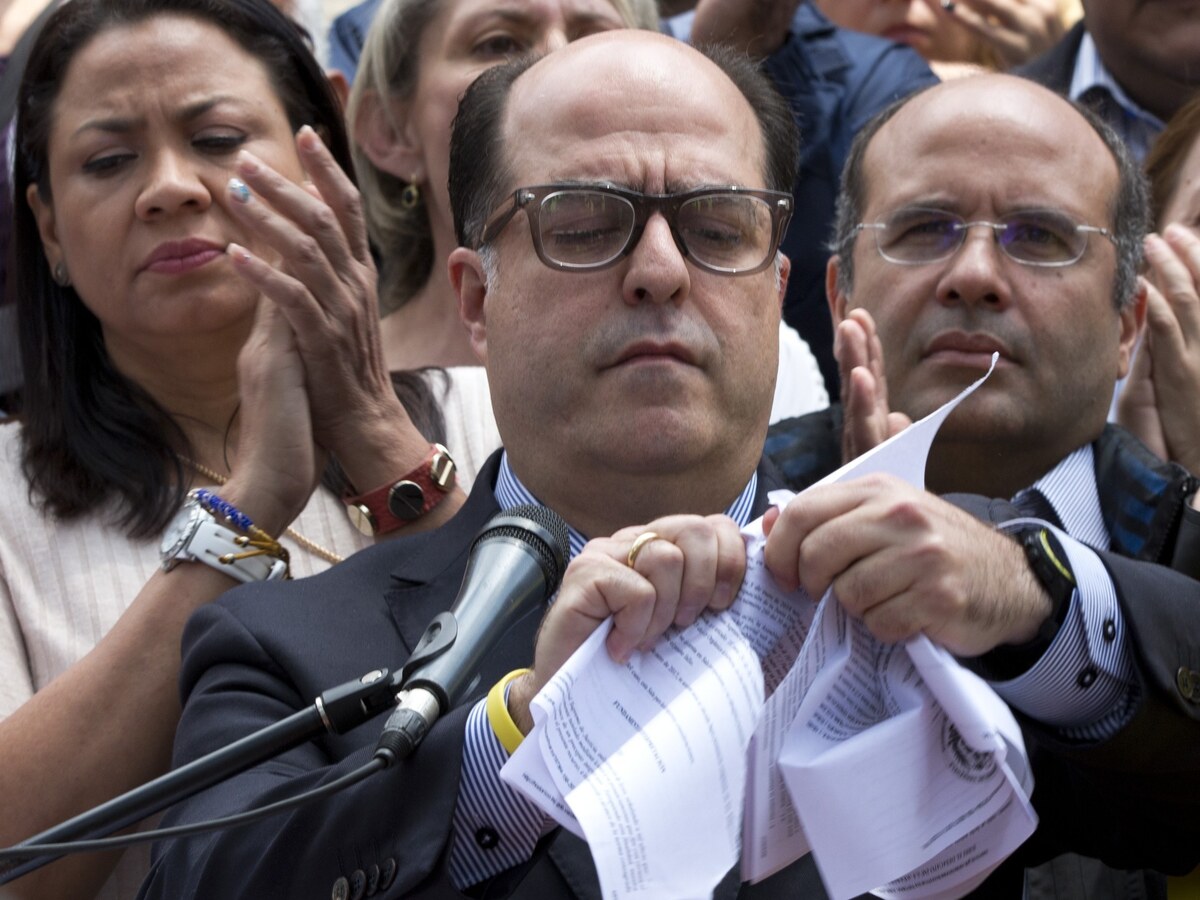 Venezuelan National Assembly President Julio Borges rips up a Supreme Court ruling allowing magistrates to take over congressional duties, during a news conference at the National Assembly in Caracas on Thursday.

The Supreme Court of Venezuela has taken over the functions of the country's National Assembly in what critics at home and abroad say is a move by President Nicolas Maduro to establish "a dictatorship."

The high court, dominated by Maduro loyalists, announced late Wednesday that since the National Assembly was in contempt of its rulings, the magistrates would assume legislative duties.

According to CNN, Maduro explained the ruling on Venezuelan government TV.

"They're giving me and authorizing me enabling special powers that stem out of the state of emergency clauses in our constitution. This is an order by the Supreme Court. It's a historic ruling," said Maduro.

But the move drew also condemnation.

In a statement, the Secretary General of the Organization of American States, Luis Almagro denounced "the self-inflicted coup d'état perpetrated by the Venezuelan regime against the National Assembly, the last branch of government to be legitimized by the will of the people of Venezuela."

For Venezuela's Hugo Chavez, A Second Life On The Small Screen

Almagro had already called on the OAS to suspend Venezuela for the government's failure to hold elections. But he didn't persuade the group to act against Maduro who was narrowly elected in 2013 as the successor to the late President Hugo Chavez.

The president of the Venezuelan National Assembly, Julio Borges, tore up a copy of the Supreme Court ruling at a news conference on Thursday. "Nicolas Maduro has carried out a 'coup d'etat' ... this is a dictatorship," said Borges.

The current power struggle between Maduro and the National Assembly dates back a year ago when the legislature seated three opposition representatives who were under investigation by the high court due to allegations of voter fraud.

Maduro's socialist government also faces an economic and humanitarian crisis. Inflation is raging and medicine is in such short supply the government asked for the help of the United Nations.