Accessibility links
Bertha Finally Breaks Through In Seattle : The Two-Way After a two-year delay for repairs, the giant tunnel-boring machine has completed its mission far beneath the city's streets. 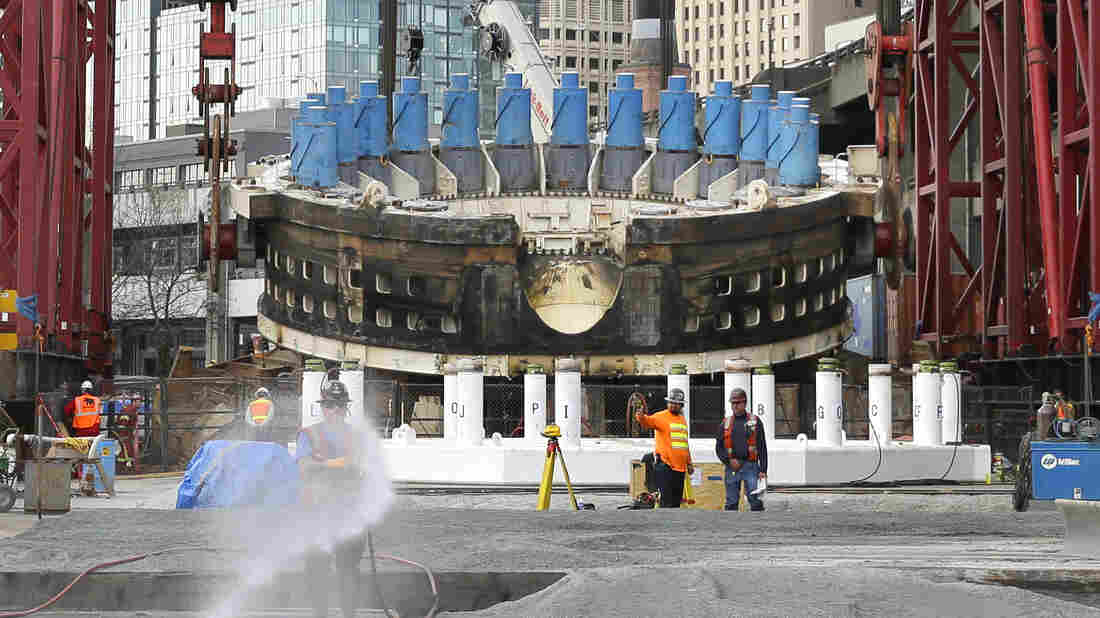 Workers prepare a gravel pad as a massive crane is used to lift a 2,000-ton section of the tunnel boring machine known as "Bertha" in March 2015. The project was stalled for two years as engineers struggled to repair the gigantic machine. Ted S. Warren/AP hide caption 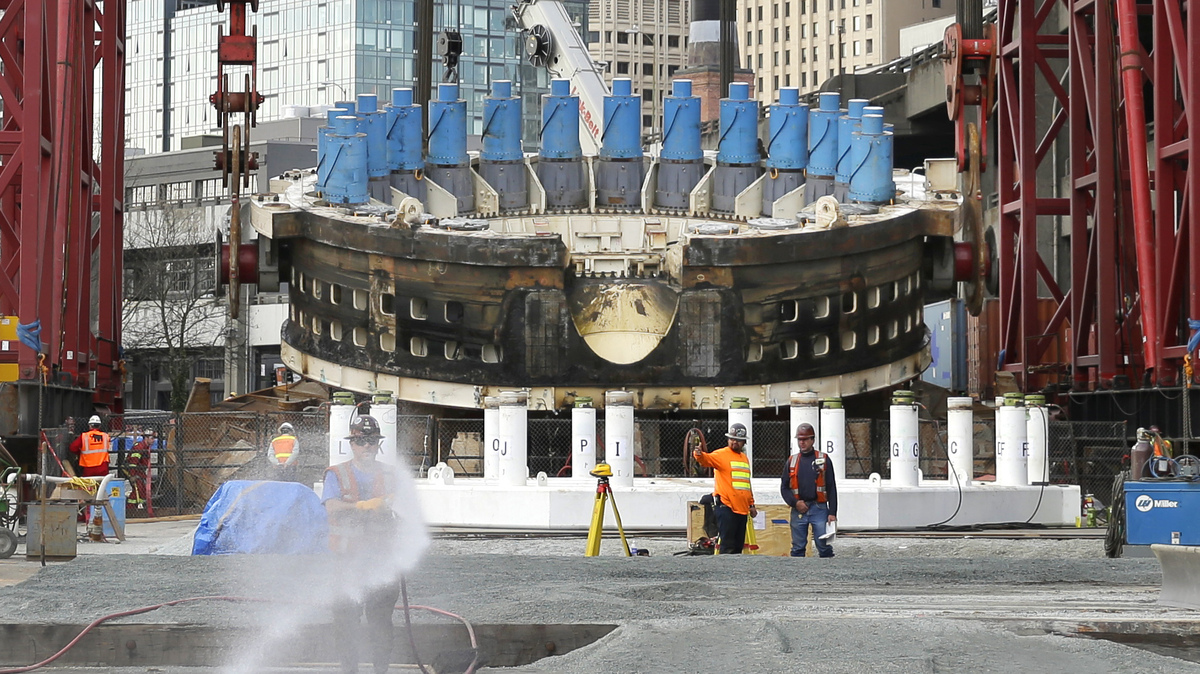 Workers prepare a gravel pad as a massive crane is used to lift a 2,000-ton section of the tunnel boring machine known as "Bertha" in March 2015. The project was stalled for two years as engineers struggled to repair the gigantic machine.

It was the world's biggest tunneling machine when it first chewed into the loose dirt and gravel on Seattle's waterfront in 2013. With a cutting head nearly 60 feet wide, it had been built in Japan and shipped across the Pacific to dig a two-mile-long double-decker highway tunnel under downtown.

The machine was named "Bertha" in honor of a 1920s-era mayor — the prefatory "Big" always implied, never stated.

But just a few months and a thousand feet in, Bertha came to a grinding halt. Grit was getting into sealed parts of the machine, temperatures were spiking and an engineer likened it to all your dashboard warning lights going on at once.

The cause of the breakdown was in dispute — still is, and will be, for the foreseeable future, as contractors and the state duke it out in court — but the effect was the same: Bertha was stuck.

That's when the machine's hugeness began to look calamitous: You can't just drive a tunneling machine to the shop. If it needs fixing, it needs fixing where it is.

In Bertha's case, that meant digging an 11-story-deep pit to perform Herculean engineering efforts that insiders say were more challenging than the tunnel project itself.

That's all behind Bertha now.

After the two-year pit stop, it went on to complete its journey toward the Space Needle — so smoothly that most Seattleites forgot about it. Many assumed it was still being fixed.

In fact, it's at the finish line.

Earlier today, the 57.5-foot wide cutting head gnashed through the massive retaining wall on the north end of the tunnel, where a live video feed was waiting to capture the moment — and perhaps the off-screen sound of engineers sighing with relief.