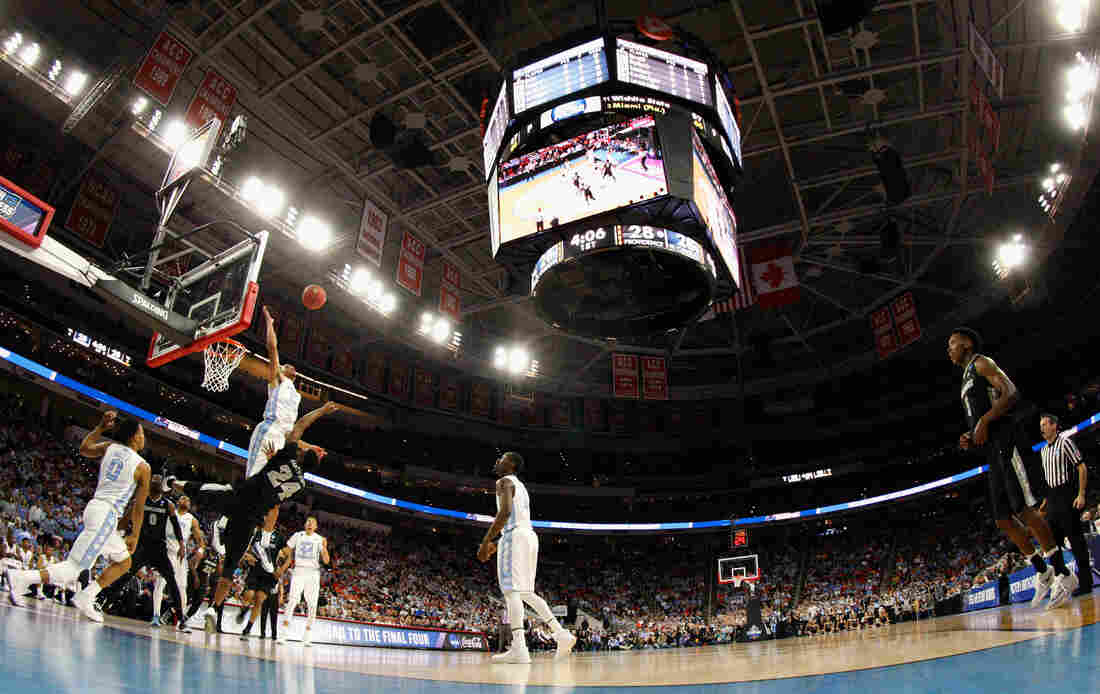 The second round of the 2016 NCAA men's basketball tournament at PNC Arena in Raleigh, N.C. The NCAA pulled championship events from the state this year because of the controversial "bathroom bill"; the sporting events will now be returning. Streeter Lecka/Getty Images hide caption 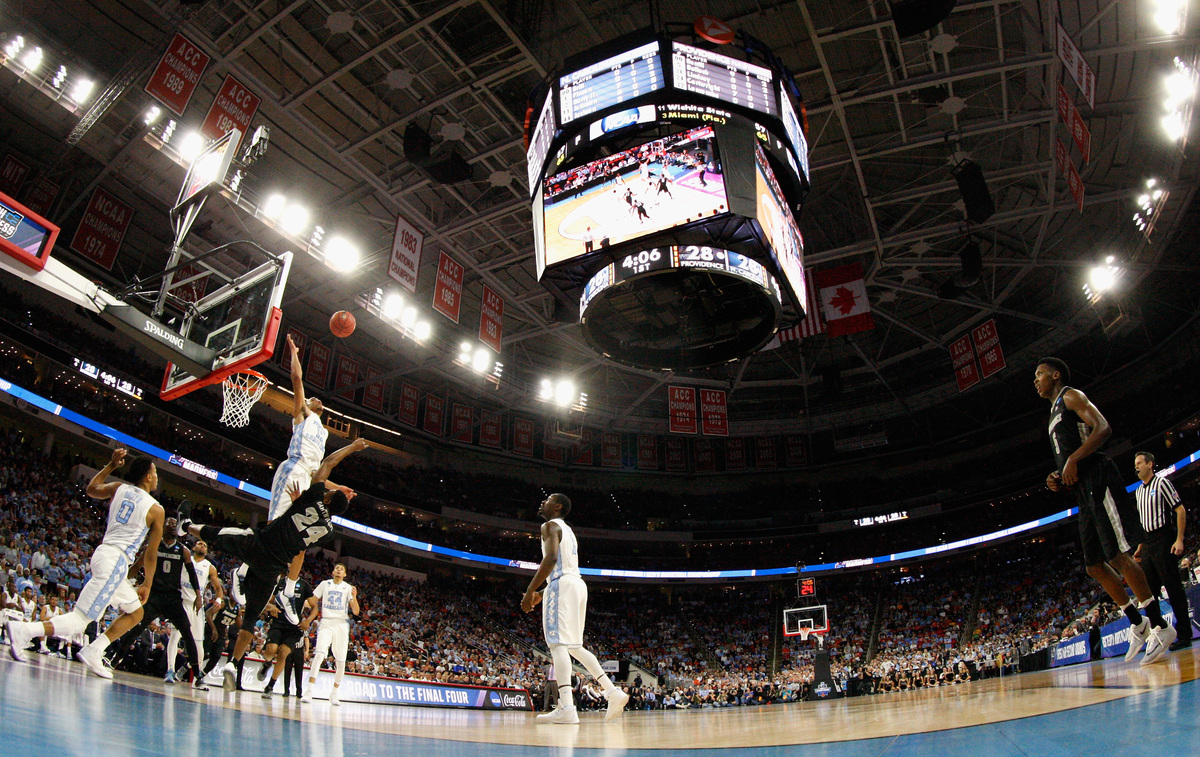 The second round of the 2016 NCAA men's basketball tournament at PNC Arena in Raleigh, N.C. The NCAA pulled championship events from the state this year because of the controversial "bathroom bill"; the sporting events will now be returning.

The NCAA is bringing sporting events back to North Carolina after state lawmakers repealed large portions of the controversial "Bathroom Bill" — although the collegiate sports organization isn't exactly enthused about the deal.

In a statement on Monday, the group says its governors reached their decision "reluctantly."

That law, which was passed more than a year ago, required transgender people to use bathrooms corresponding to the sex on their birth certificate and blocked cities and counties from passing protections for LGBT people, among other things.

In response, the NCAA pulled planned championship events from North Carolina, saying the law would make it "challenging" to promote an inclusive atmosphere at sporting events.

Last week, North Carolina lawmakers reached a compromise to repeal most of the effects of the law, known as House Bill 2 or HB2. The deal prohibits local communities from passing anti-discrimination ordinances for at least three years. That will block cities from imposing their own protections for LGBT people.

As we reported, the deal made a lot of people unhappy. Conservative supporters of HB2 saw it as a betrayal of principle. Supporters of LGBT rights, meanwhile, denounced the prohibition on LGBT protections.

The NCAA isn't delighted either.

"As with most compromises, this new law is far from perfect," the group said in a statement. The NCAA governors worried that by blocking cities from protecting "basic civil rights," the state was sending "a signal that discriminatory behavior is permitted and acceptable."

But the NCAA also noted that the situation in North Carolina now resembles that in other places where the group willingly holds championships. (In most states, it is legal to discriminate against lesbian, gay, bisexual and transgender people, and at least one other state bars local anti-discrimination ordinances.)

In short, the NCAA determined the compromise reached in North Carolina "has minimally achieved a situation where we believe NCAA championships may be conducted in a nondiscriminatory environment."

Championships scheduled for 2017-2018 will be held as originally planned in North Carolina, and the state will be considered for future championship bids.

The NCAA reserves the right to "take necessary action" if it finds the environment in North Carolina prevents it from enforcing its own anti-discrimination policies.