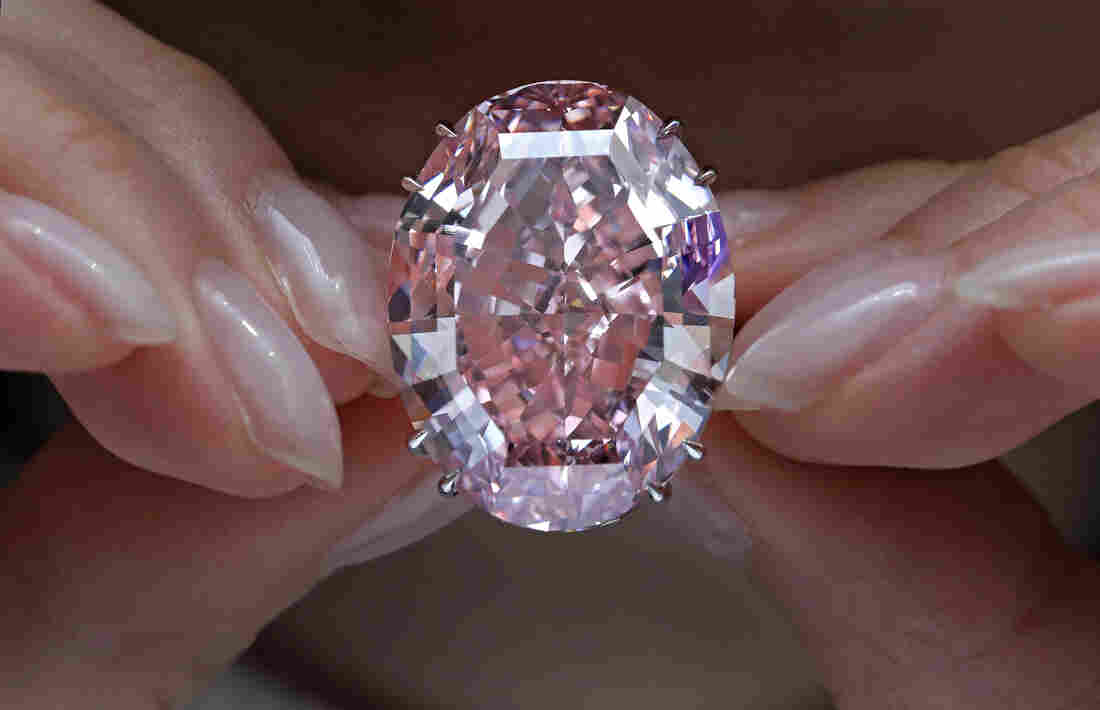 The Pink Star diamond, which fetched the highest price ever for a jewel offered at auction, is displayed at Sotheby's in Hong Kong on March 29. Vincent Yu/AP hide caption 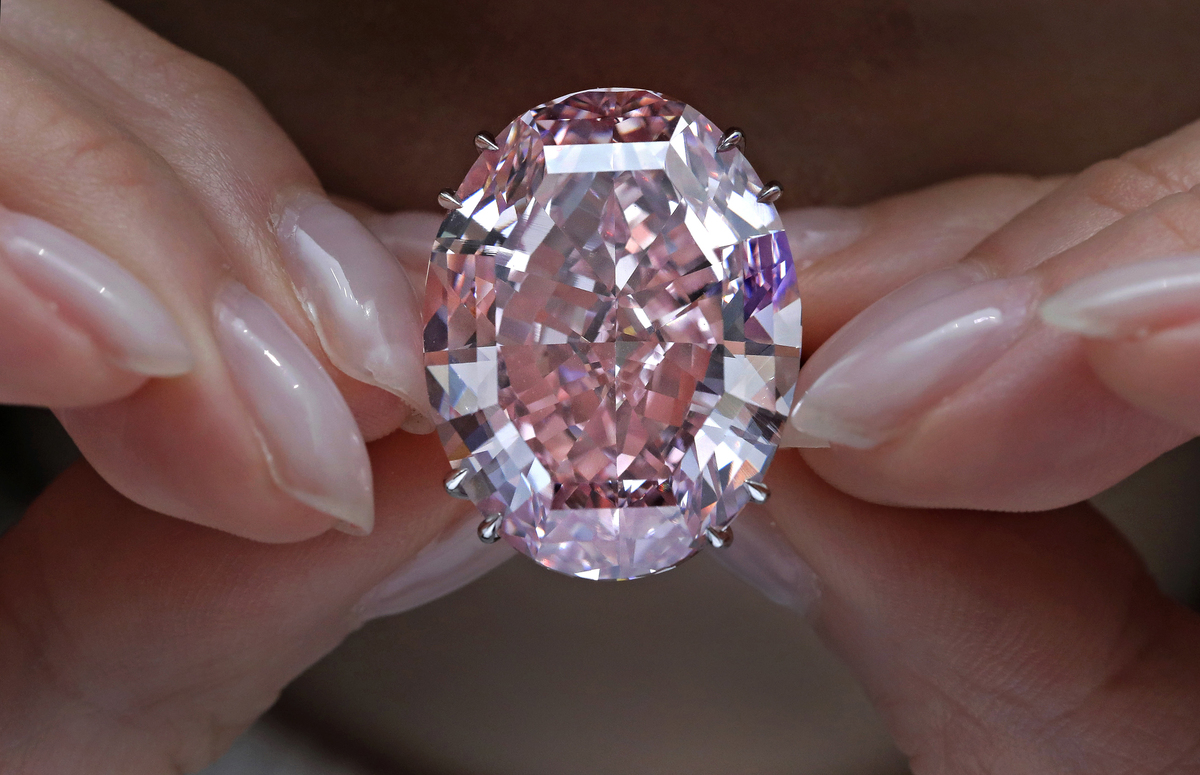 The Pink Star diamond, which fetched the highest price ever for a jewel offered at auction, is displayed at Sotheby's in Hong Kong on March 29.

A huge, internally flawless, 59.60-carat diamond called the "Pink Star" went for a whopping $71.2 million at auction in Hong Kong — the highest price ever for a jewel.

The oval gem was purchased at Sotheby's by Hong Kong-based jewelry company Chow Tai Fook in a bid placed over the phone by the chairman, who renamed the jewel "CTF PINK STAR" in honor of his late father.

"Not only was the price more than double the previous record for a fancy vivid pink diamond, but it was also a new record for any work ever sold at auction in Asia," Sotheby's said in a statement.

The previous record for most expensive diamond sold at auction was $57.5 million for the 14.62-carat "Oppenheimer Blue" sold last May in Geneva.

The Pink Star was mined by De Beers in an unspecified location in Africa in 1999. Originally 132.5 carats as a rough diamond, Sotheby's says it was "meticulously cut and polished over a period of two years."

The auction house describes it as the "largest Internally Flawless Fancy Vivid Pink diamond that the Gemological Institute of America (GIA) has ever graded."

It was sold just five minutes into bidding, the BBC reports.

This is not the first time the jewel has gone up for auction. As The Associated Press reports: "In November 2013 it was auctioned for a record $83 million to New York Diamond cutter Isaac Wolf. However, Sotheby's revealed months later in its 2014 earnings report that Wolf defaulted on the transaction."