Accessibility links
Ethics Panel Sends Case Against Alabama Governor To Prosecutors : The Two-Way For the past year, Gov. Robert Bentley has faced allegations that he had an affair with an aide and misused funds. Now there's a chance he could face two felony accusations. 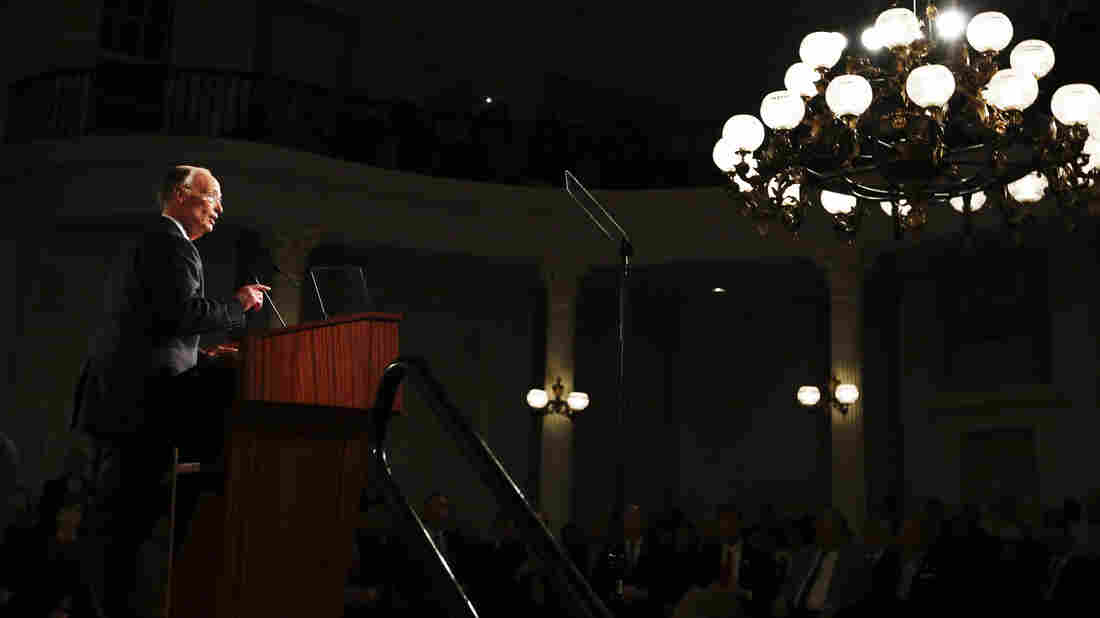 Alabama Gov. Robert Bentley, seen here during his State of the State address at the Capitol in Montgomery, Ala., could face felony accusations after an ethics panel concluded there is probable cause that he broke the law. Brynn Anderson/AP hide caption 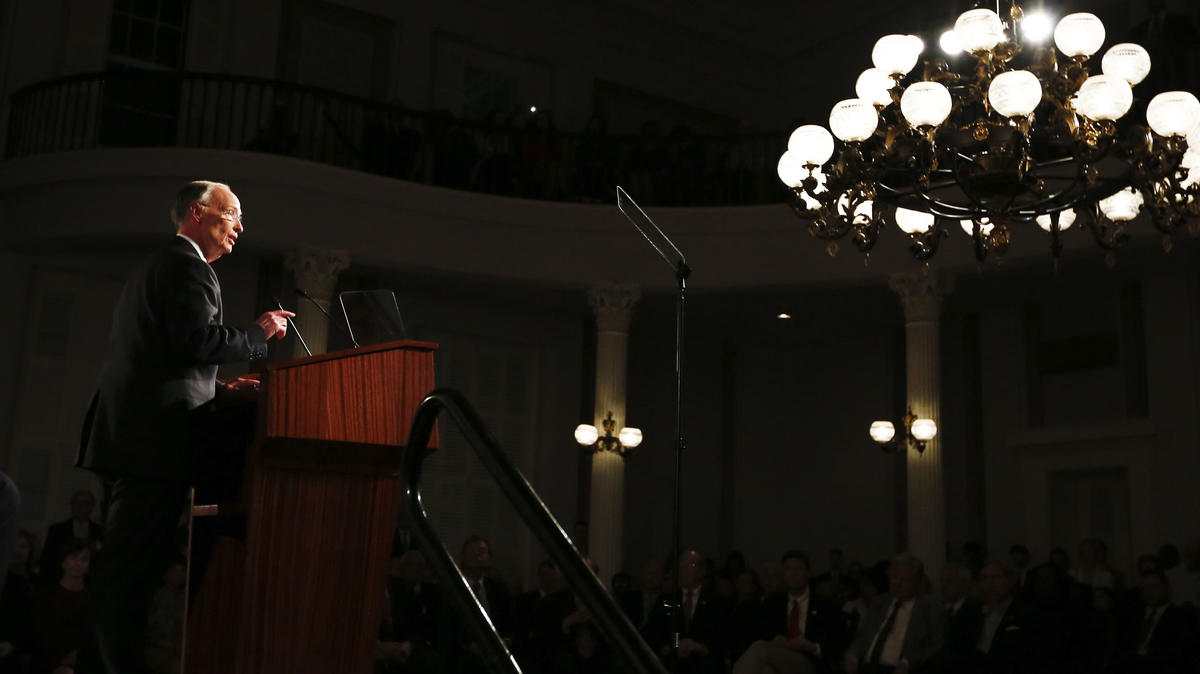 Alabama Gov. Robert Bentley, seen here during his State of the State address at the Capitol in Montgomery, Ala., could face felony accusations after an ethics panel concluded there is probable cause that he broke the law.

Saying it has found probable cause that Gov. Robert Bentley violated both ethics and campaign laws, the Alabama Ethics Commission has sent Bentley's case to the Montgomery County District Attorney "for further investigation and possible prosecution."

For the past year, Bentley has faced allegations that he had an affair with an influential aide and misused funds. Now there's a chance he could face two felony accusations that carry penalties of up to 20 years in prison and a fine of $20,000 for each violation.

"The commission found probable cause that Bentley had violated Alabama's Fair Campaign Practices Act when he received campaign contributions and made loans to his campaign account outside of a legally mandated window.

"The governor is also charged with improperly using campaign funds to pay the legal fees of his former adviser Rebekah Mason, who was a defendant in a wrongful termination suit.

"Last year, Mason resigned from Bentley's office after audio tapes surfaced in which the governor, who was married at the time, could be heard making suggestive comments to another woman named 'Rebekah.' Bentley later apologized publicly."

The allegations against Bentley led to talk of impeachment proceedings — but that effort was put on hold last fall, as investigations continued.

In February, Bentley appointed Alabama's Attorney General Luther Strange, who had been working on an inquiry into allegations against the governor, to the Senate seat vacated by Jeff Sessions.

Announcing its conclusion of probable cause, the ethics commission did not provide further details about Bentley's activities, citing the ongoing inquiry. In a news release, the panel said the number of subpoenas it issued over this case was greater than all of the subpoenas it had ever issued before, and that agents had reviewed more than 33,000 documents.

"The whirlwind started ... when the former head of the Alabama Law Enforcement Agency sat behind a desk in a Montgomery law firm one day after being fired. Spencer Collier told the packed room of reporters that two years ago, he saw sexually charged texts and heard secret recordings that showed the governor was having an affair."

Collins then relayed how he had told Bentley that it was illegal to use state or campaign resources to facilitate such a relationship. The former top police official was speaking months after the governor's wife of 50 years had filed for divorce.