Accessibility links
Duterte Orders Philippine Army To Occupy Disputed Islands In South China Sea : The Two-Way The military should raise the Philippines' flag on islands it claims, President Rodrigo Duterte said, adding that he might do that himself on one island this summer. 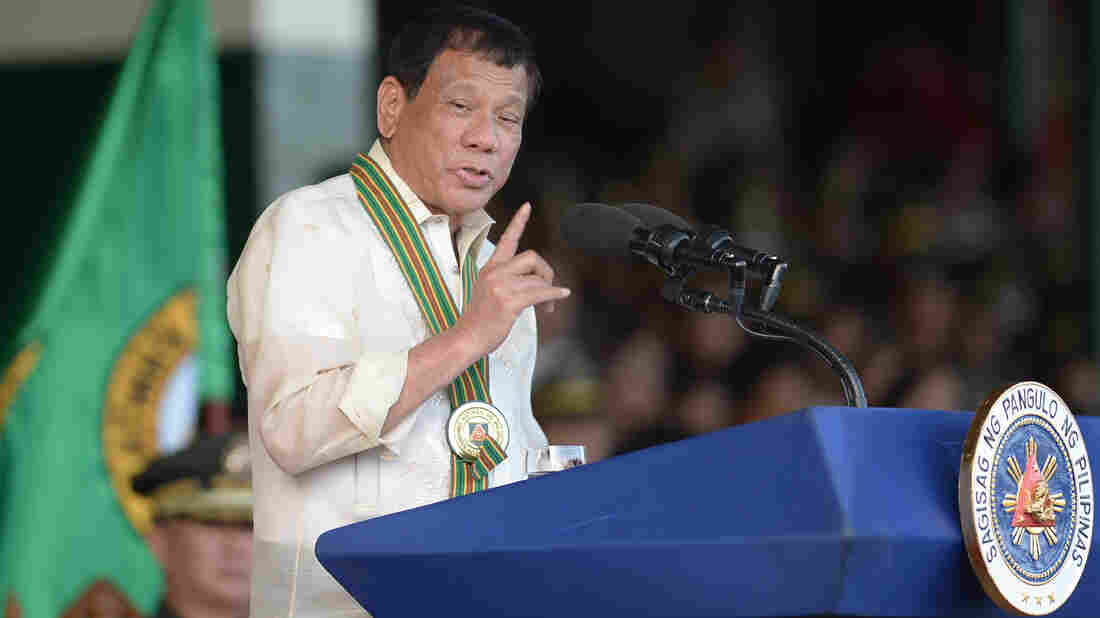 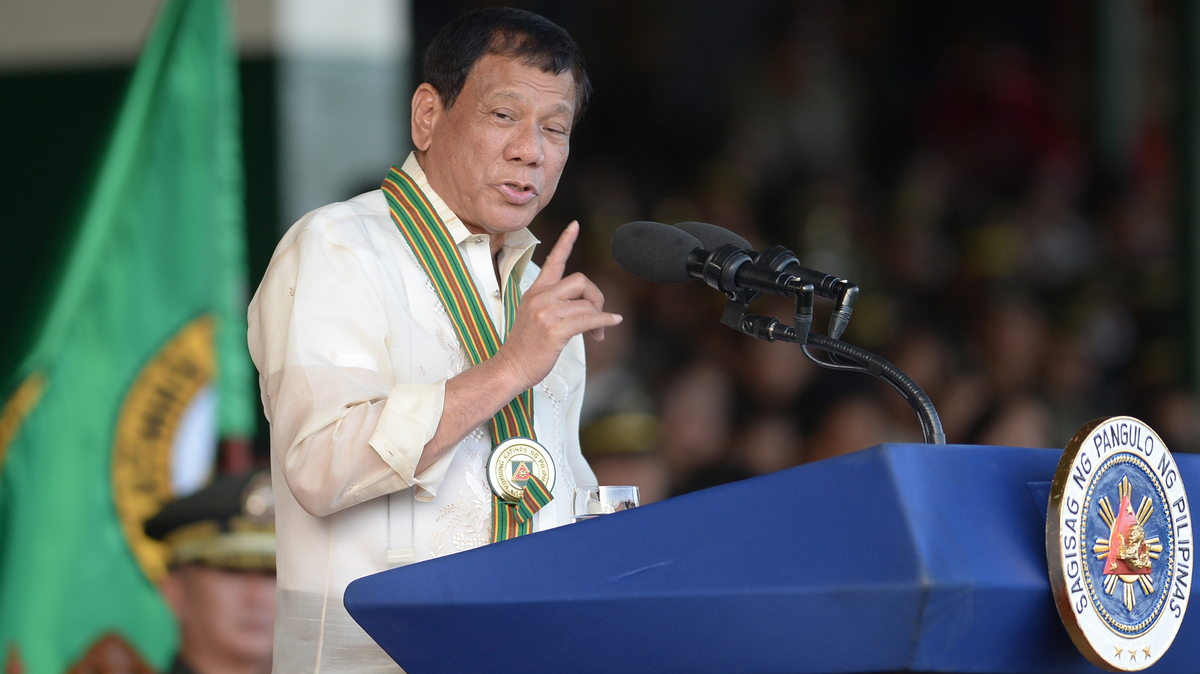 Philippine President Rodrigo Duterte, seen here at an army camp this week, says his country should occupy islands it claims in the South China Sea.

"We try to be friends with everybody, but we have to maintain our jurisdiction," Philippine President Rodrigo Duterte said Thursday, describing his order for troops to fortify islands that his country has claimed in the South China Sea.

The order applies to a group of islands in the western portion of the Spratly Islands.

The Philippine military should raise the national flag on those islands, Duterte said, adding that he might do that himself on one island, Pagasa (also known as Thitu), on Philippine Independence Day in June, according to Philippine ABS-CBN News.

Duterte's order is likely to displease China, representing a potential provocation of the country he moved to embrace just months ago, after declaring a "separation" from the United States. In recent years, China has been creating new military bases on artificial islands it makes out of converted reefs in the South China Sea.

"It looks like everybody is making a grab for the islands there, so we better live on those that are still vacant," Duterte said, according to The Philippine Daily Inquirer.

Duterte spoke during a visit to a military headquarters in Puerto Princesa City, near the disputed Spratly Islands. He also addressed soldiers, ABS-CBN reports, telling troops that they should fight to the death or take their own lives rather than surrendering to the Philippines' enemies.

"You will be treated like a pig only to be executed," Duterte told soldiers at a camp. His remarks seemed to focus on communist rebels that have fought his government — and who this week agreed to an interim ceasefire.