Accessibility links
Gov. Jerry Brown Lifts Drought Emergency For Most Of California : The Two-Way Still, the state will retain some rules it placed on water use during the years-long drought. "This drought emergency is over," Brown said Friday, "but the next drought could be around the corner."

Gov. Jerry Brown Lifts Drought Emergency For Most Of California

Gov. Jerry Brown Lifts Drought Emergency For Most Of California 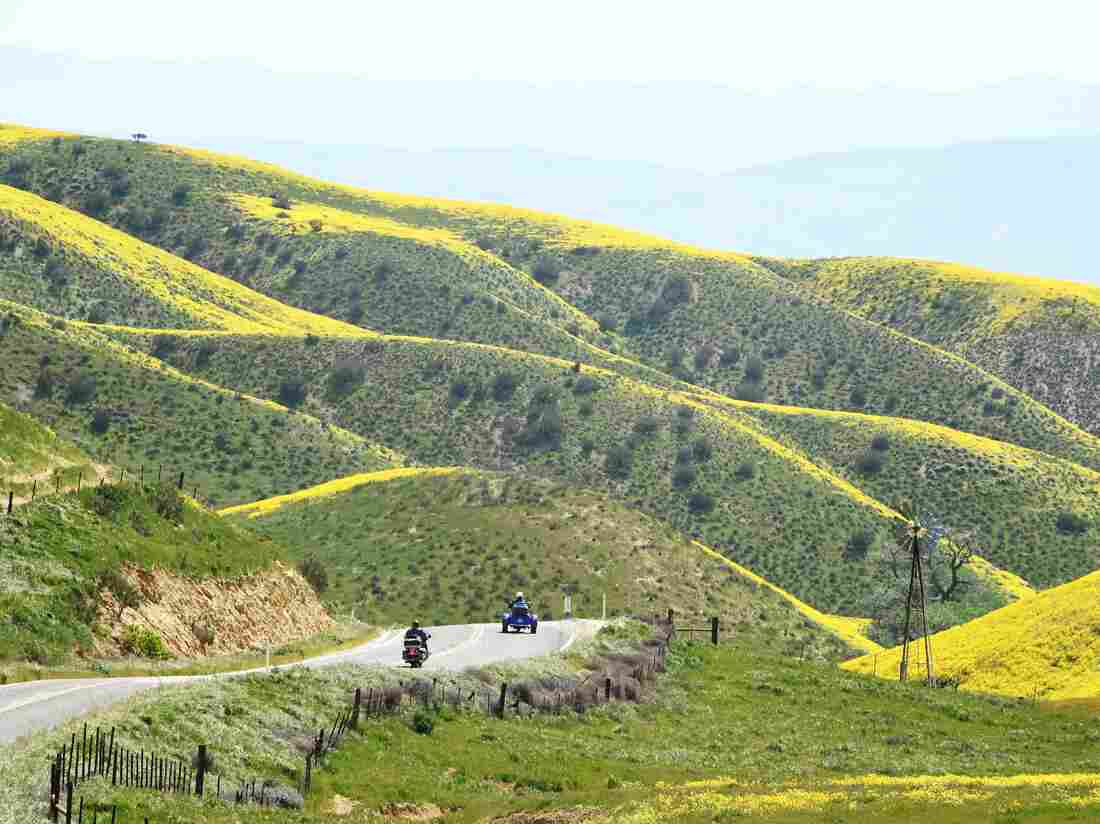 Motorcyclists enter the Carrizo Plain National Monument near Taft, Calif., during a wildflower "super bloom" on Wednesday. After years of drought, an explosion of wildflowers in Southern and Central California is drawing record crowds. Robyn Beck/AFP/Getty Images hide caption 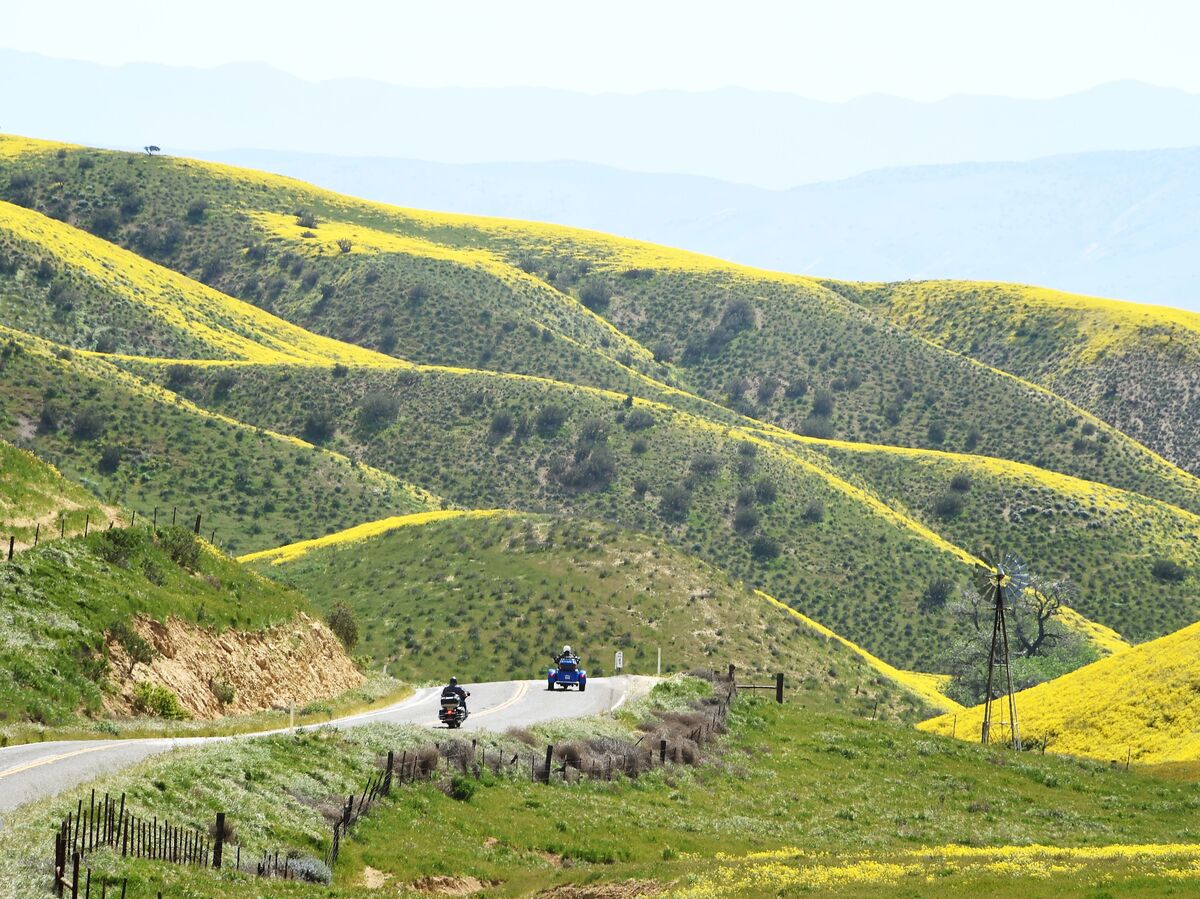 Motorcyclists enter the Carrizo Plain National Monument near Taft, Calif., during a wildflower "super bloom" on Wednesday. After years of drought, an explosion of wildflowers in Southern and Central California is drawing record crowds.

It has been quite a while since Californians have seen such green. Riding the coattails of an unseasonably wet season, some valleys have become riots of color, deserts have been blanketed with blooms so suffusive they earn the word "super" — and the state's officials have taken notice.

Gov. Jerry Brown signed an executive order Friday lifting California's drought emergency in all but four counties. That emergency had been in place since 2014; now, only Fresno, Kings, Tulare and Tuolumne counties remain under the emergency's much-diminished umbrella.

"This drought emergency is over, but the next drought could be around the corner," Brown said in a statement. "Conservation must remain a way of life."

California Deserts In 'Super Bloom' Thanks To A Wet Winter

That warning amounts to more than hollow rhetoric. Despite the end of the emergency, California will maintain several water restrictions of the past two years.

Brown's executive order continues prohibitions on wasteful water use such as hosing off sidewalks, watering lawns within 48 hours of a rainstorm and irrigating the turf on street medians. It also continues to require urban agencies to report their water use to the state.

The state's announcement also offered a sobering reminder of the effects of a drought that caused "the driest four-year statewide precipitation on record," from 2012 to 2015.

"The drought reduced farm production in some regions, killed an estimated 100 million trees, harmed wildlife and disrupted drinking water supplies for many rural communities. The consequences of millions of dead trees and the diminished groundwater basins will continue to challenge areas of the state for years."

Lately things have been looking up, though.

NPR's Kirk Siegler notes that snowpack in the Sierra Nevada this year is 164 percent of average — great news for a state highly dependent on its reservoirs. Only small patches of the state are now in danger of drought, according to the U.S. Drought Monitor.

"You can't stay at Defcon 1 forever, but you can figure out how to maintain that sort of sensible vigilance," she said.