Accessibility links
Seattle Mayor Ed Murray Accused Of Raping And Molesting A Man 30 Years Ago : The Two-Way The mayor held a brief news conference Friday to deny the allegations. He said the "untrue allegations" were painful to him and his husband, and said the person making the accusations is "troubled." 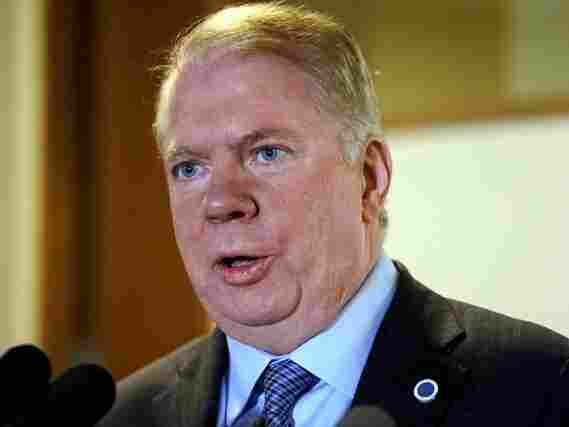 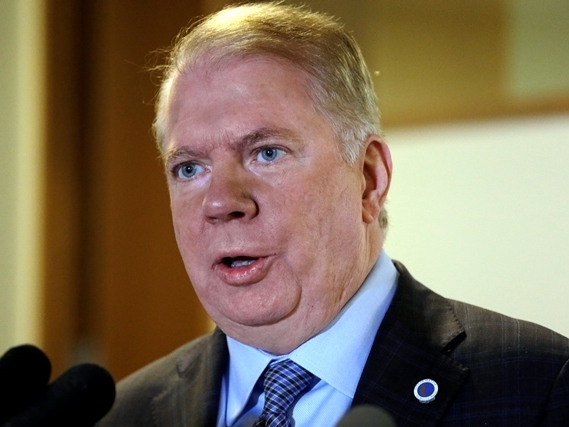 Seattle Mayor Ed Murray is being sued by a man who claims Murray "raped and molested him" three decades ago, when the man was 15 years old.

The mayor held a brief news conference Friday to deny the allegations.

"To be on the receiving end of such untrue allegations is very painful for me. It is painful for my husband and for those who are close to us," he told reporters. "I understand the person making these accusations is troubled, and that makes me sad as well."

The Seattle Times has investigated this claim in depth, along with the stories of two other men who also say Murray abused them when they were young. According to the Times report, too much time has passed to file criminal charges, but the same is not true for a civil suit.

Earlier in the week, the mayor's spokesman said the suit was politically motivated. "It is not a coincidence that this shakedown effort comes within weeks of the campaign filing deadline," Jeff Reading said in a statement reported by The Associated Press.

Murray, 61, is a progressive mayor, and has been serving in that role since 2014. He had previously served in the state legislature for 18 years, where he led a long campaign to legalize same-sex marriage in Washington. As mayor, he pushed through a measure to raise Seattle's minimum wage to $15 an hour.

He declined to take questions, saying this is now a matter for the courts to resolve.