Accessibility links
Wells Fargo Claws Back $75 Million More From 2 Executives Over Fake Accounts : The Two-Way Former CEO John Stumpf "was too slow" to realize the risk of sales practices, the bank's board says. The scandal also brought a $185 million punishment from the Consumer Financial Protection Bureau. 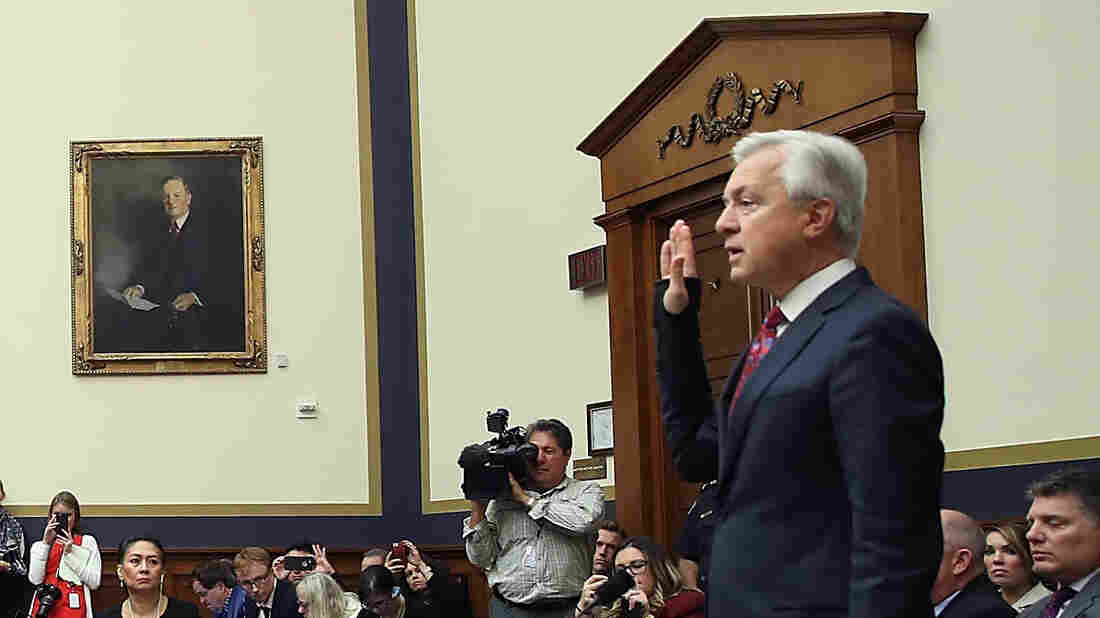 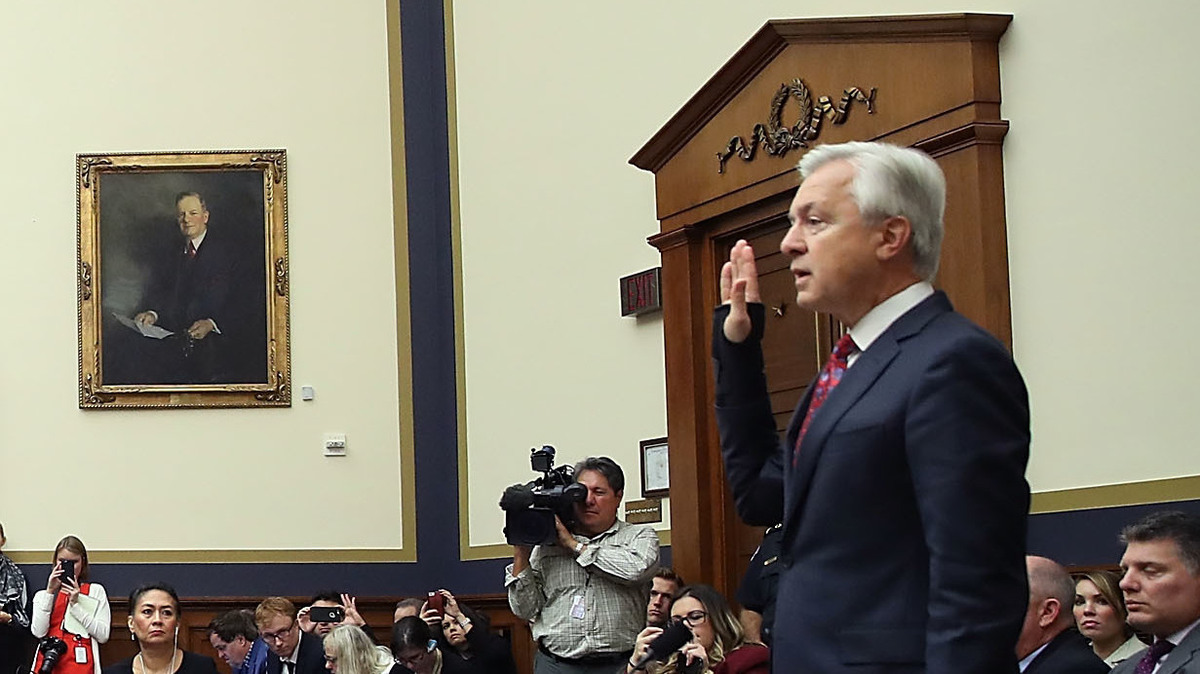 Two executives who were publicly excoriated over Wells Fargo's opening of millions of bogus accounts must give back millions more dollars in pay, the bank's board announced Monday. The board is clawing back an additional $47 million from Carrie Tolstedt, who headed the troubled sales division, and $28 million from former CEO John Stumpf.

Stumpf "was too slow" to see problems in sales practices that brought a $185 million punishment from the Consumer Financial Protection Bureau, according to a 110-page report released Monday by Wells Fargo's board. The report says he also failed to protect the bank's reputation from what the CFPB has called "the widespread illegal practice of secretly opening unauthorized deposit and credit card accounts."

Some 5,300 Wells Fargo employees lost their jobs over the fake-accounts scandal — a number far higher than the bank's board says it was initially led to believe. The report says Stumpf "did not appreciate the scope and severity of the problem" and that he "continued to publicly support the appropriateness of Wells Fargo's sales goals and to highlight that the vast majority of Wells Fargo employees 'got it right.' "

Both Stumpf and Tolstedt had previously been forced to return tens of millions of dollars. With the new clawbacks, Wells Fargo's board says, the bank has now recovered more than $180 million in executive compensation over the scandal.

Of that total, $69 million has come from Stumpf and $67 million from Tolstedt, the bank says. Stumpf resigned in October of 2016.

The Wells Fargo report cites "distortion" of the sales culture and management system in the unit that was at the heart of the scandal, as well as other organizational issues, as reasons why essential problems weren't addressed.

Describing a system that sometimes "imposed excessive pressure" on lower-rung workers during Tolstedt's long tenure, the report says employees in the Community Bank division were ranked against each other on "scorecards" that were updated daily. Workers were paid and promoted based on sales goals that executives knew were often unattainable, according to the report.

Former Wells Fargo employees who tried to raise red flags about the sales practices have told NPR's Chris Arnold that they were fired or pushed to resign — and an investigation showed that the bank had put black marks against those employees' names in a permanent national database used by banks and regulators.

As for how executives responded to problems within the sales division, the report states, "Tolstedt and certain of her inner circle were insular and defensive and did not like to be challenged or hear negative information."

Tolstedt's current perspective isn't represented in the report — its authors say she "declined, on advice of counsel, to be interviewed as part of this investigation."

The report notes that in January, Wells Fargo changed its incentive program to focus on "customer service rather than selling products."