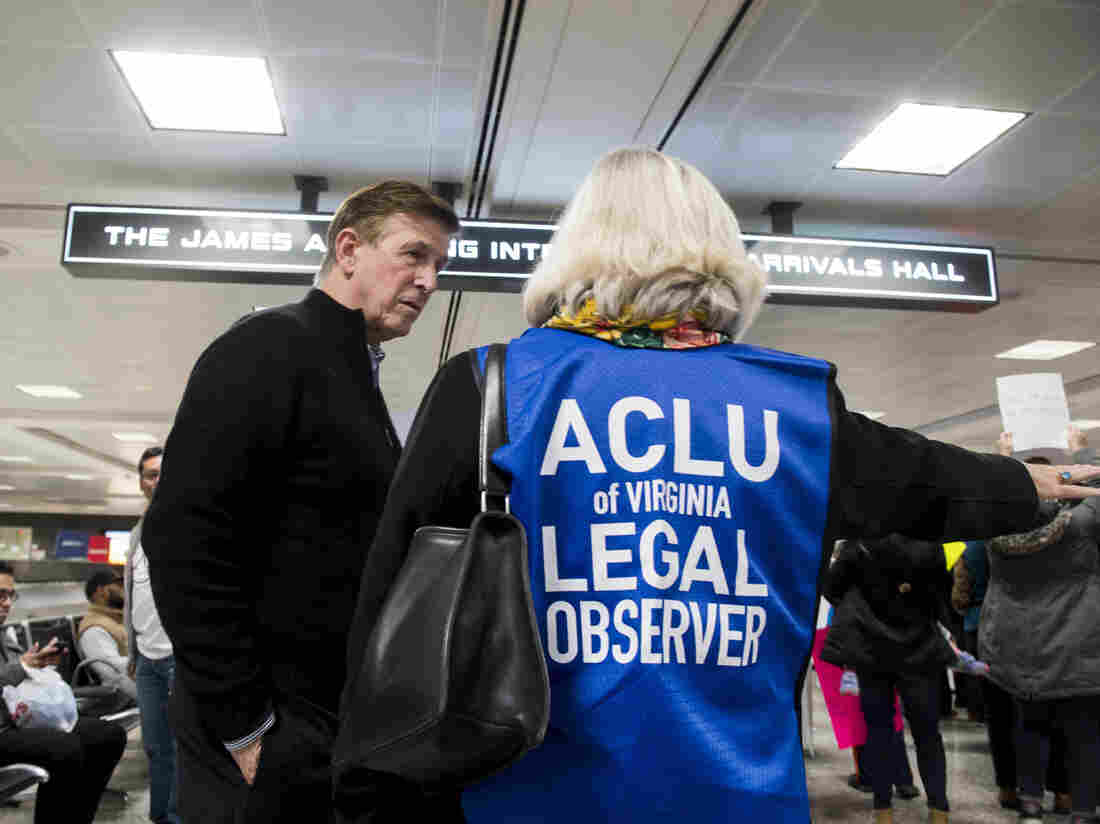 An ACLU representative speaks with Rep. Don Beyer, D-Va., during a protest at Dulles International Airport in Virginia on Jan. 29, 2017. The ACLU is suing for documents related to implementation of the president's travel ban. Bill Clark/CQ-Roll Call, Inc. hide caption 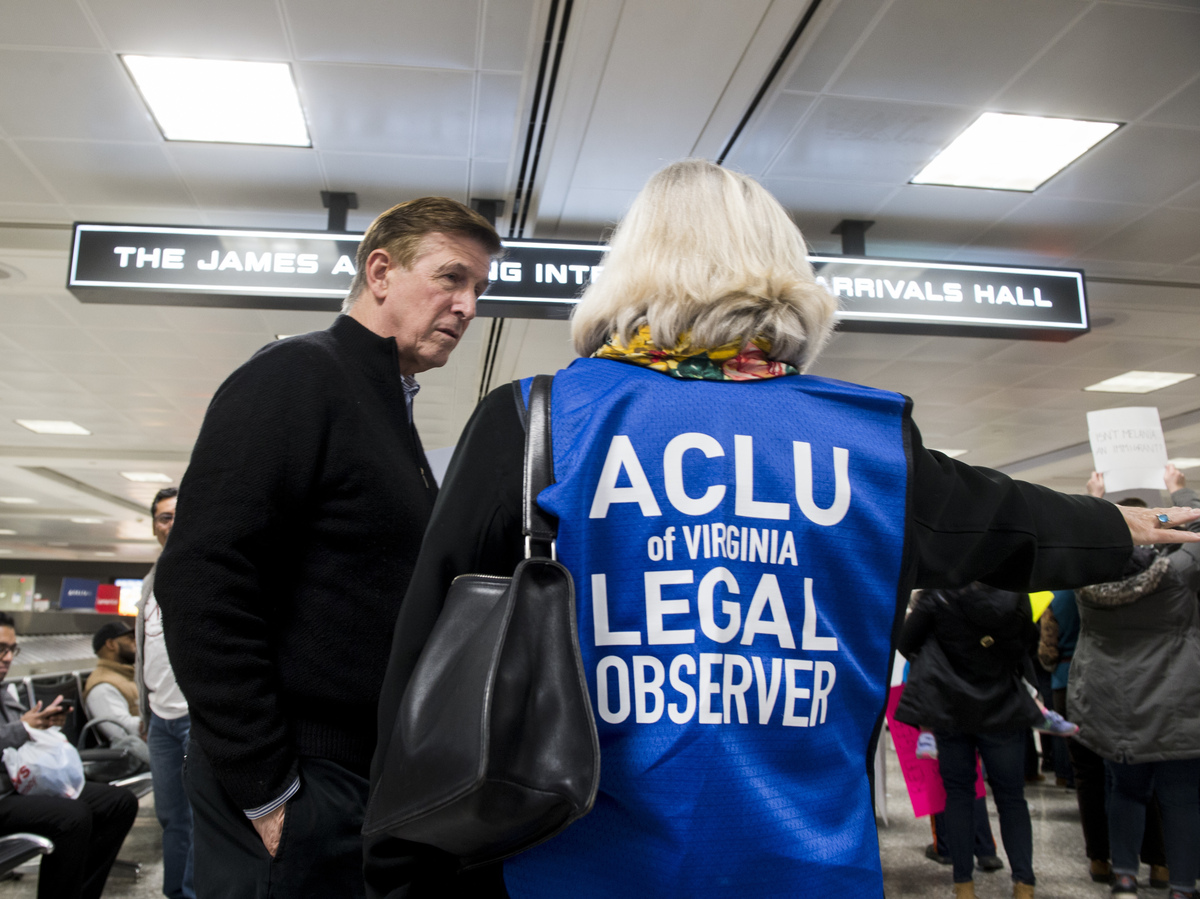 An ACLU representative speaks with Rep. Don Beyer, D-Va., during a protest at Dulles International Airport in Virginia on Jan. 29, 2017. The ACLU is suing for documents related to implementation of the president's travel ban.

The American Civil Liberties Union announced on Wednesday that its affiliates had filed 13 coordinated Freedom of Information Act lawsuits, demanding government documents related to implementation of the president's executive orders on travel and immigration.

The organization seeks records from local offices of U.S. Customs and Border Protection and the Department of Homeland Security — records the ACLU says it first requested on Feb. 2. The ACLU says "the government has failed to substantively respond."

The lawsuits seek information from 13 local CBP offices – primarily in cities with international airports "where there were reports of some kind that we wanted to get information about, and we wanted to get it from the people handling it on the ground," says Gabriela Melendez, political communications manager for the ACLU.

The organization's FOIA requests seek any records regarding implementation of the travel bans, including text messages, voicemails, emails, contracts, directives and training documents.

The ACLU says the agency has a long history of not complying with FOIA rules.

'The Resistance' Faces A New Question: What To Do With All That Money

The civil liberties group sent a letter to then-CBP Commissioner Gil Kerlikowske in July 2016, complaining that often "FOIA requesters receive no response whatsoever. Those who do receive a response are frequently told (erroneously) that no records exist, or they are provided with incomplete responses and/or overbroad and unlawful redactions that are contrary to the FOIA statute, case law, and implementing agency regulations."

In a statement to NPR, ACLU said that those frustrations persist under the new administration. "CBP continues to treat the Freedom of Information Act with contempt," it says. "CBP routinely fails even to respond to FOIA requests and flouts its transparency obligations by forcing federal court intervention to pry loose information which the public is entitled to."

The ACLU says each lawsuit seeks "unique and local information" about how CBP implemented Trump's executive orders at specific airports and points of entry "in the midst of rapidly developing and sometimes conflicting government guidance."

Melendez says the ACLU doesn't know what it will uncover in the documents it seeks. "The number one goal is transparency and getting to the bottom of what happened," she says.

As NPR's Sam Sanders reported in March, the ACLU has raised more than $80 million since Donald Trump was elected on Nov. 8. It's part of a wave of "rage giving" among the progressive and vocal "Resistance" to the Trump presidency.