Accessibility links
Boko Haram Increasingly Using Children In Suicide Bombings, UNICEF Says : The Two-Way The horrifying pattern is a sign of shifting strategy for the militant group, now in its eighth year of conflict. Twenty-seven children were used in suicide attacks in the first three months of 2017. 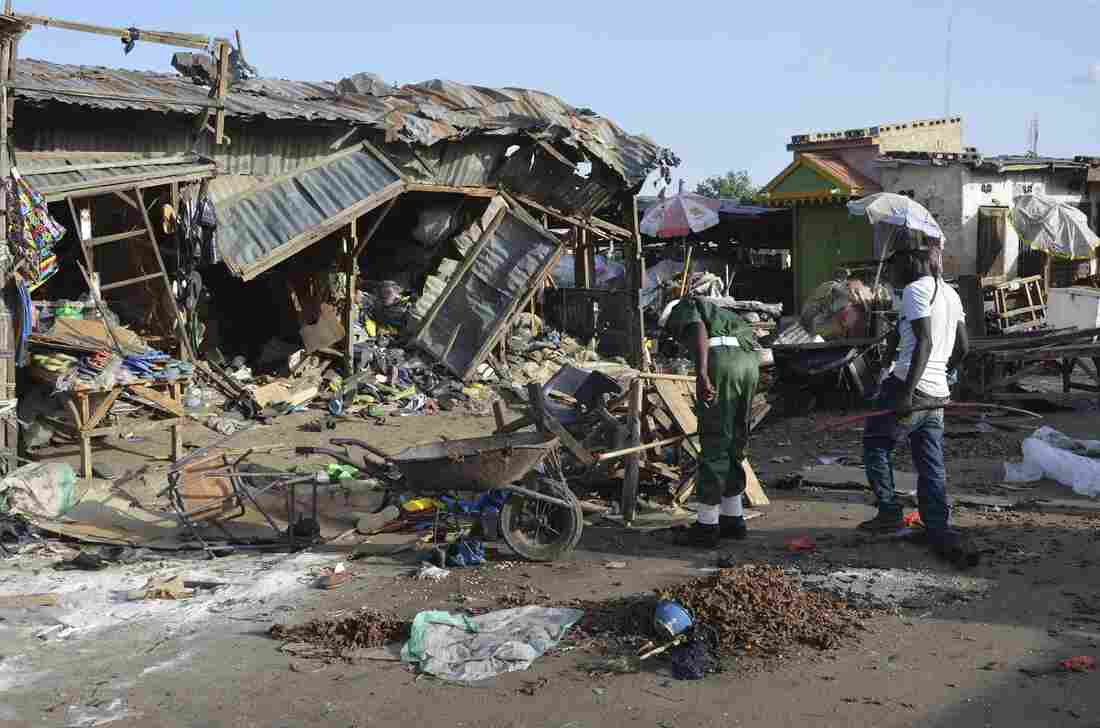 People gather at the site of a suicide bomb attack at a market in June 2015 in Maiduguri, Nigeria, where two girls blew themselves up near a crowded mosque. Jossy Ola/AP hide caption 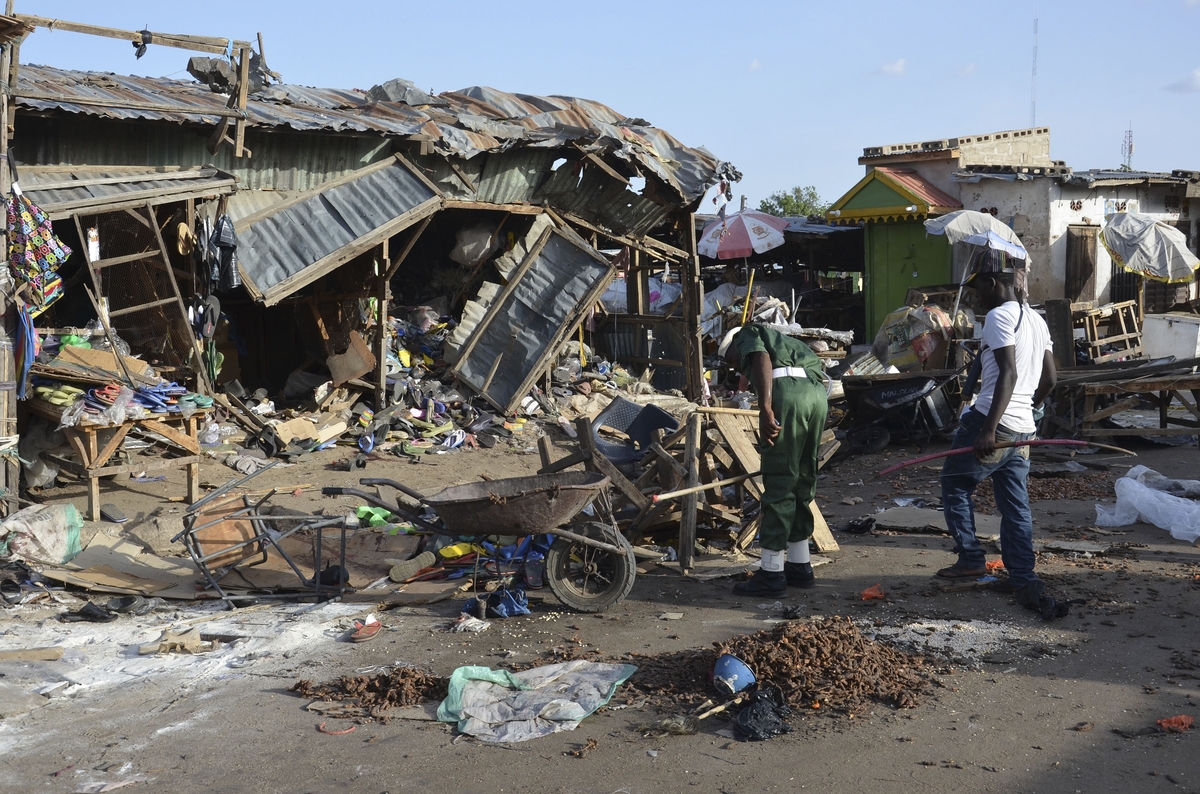 People gather at the site of a suicide bomb attack at a market in June 2015 in Maiduguri, Nigeria, where two girls blew themselves up near a crowded mosque.

Boko Haram militants have used 27 children to carry out suicide bombing attacks in the first three months of this year in Nigeria, Chad, Niger and Cameroon, according to a new report from UNICEF.

This marks a major increase — 30 children were used in bombings for all of 2016 in those four countries, where Boko Haram is active.

UNICEF says 117 children have been used in suicide attacks since 2014. Eighty percent of them were girls.

The horrifying pattern is a sign of shifting strategy for Boko Haram, now waging its eighth year of conflict. "The insurgency has changed its tactics over the course of the conflict, from holding towns and territory to a guerrilla-style insurgency that uses hit and run attacks and improvised explosive devices," UNICEF says.

It's enabled by the militants' systemic kidnapping of thousands of children, most famously the more than 270 schoolgirls taken from the town of Chibok, Nigeria, three years ago. Girls in particular are subjected to forced marriage and repeated rape.

"This is the worst possible use of children in conflict," UNICEF's regional director for West and Central Africa, Marie-Pierre Poirier, said in a statement. "These children are victims, not perpetrators. ... Forcing or deceiving them into committing such horrific acts is reprehensible."

It's not clear that all of the children who have carried out attacks are cognizant of what they were doing, the report states.

There are also major concerns about how the uptick in attacks impacts the way other children who return after being abducted by Boko Haram are viewed by their communities, making reintegration more difficult. "Girls, boys and even infants have been viewed with increasing fear at markets and checkpoints, where they are thought to carry explosives," UNICEF says.

The organization published testimony from "Amina" from Chad, who was 16 when she got married, only to find out later that her new husband was a Boko Haram militant. Here's more:

"After being manipulated and drugged, she was forced into an attempted suicide attack. Four people including Amina were on a canoe riding towards a weekly crowded market. The four girls carried bombs that were strapped to their bodies. When a Vigilante Committee spotted them on the canoe, two of them activated their explosive belt. Amina didn't activate her device but she was injured in the explosion. She lost both her legs."

The upcoming third anniversary of the Chibok girls' kidnapping on Friday has renewed focus on their plight. The Associated Press reports that the government is carrying out negotiations with Boko Haram for their release. Vice President Yemi Osinbajo said the government "has gotten quite far with negotiations," the wire service adds.

In October, Nigerian President Muhammadu Buhari announced that 21 of the girls were released following "successful negotiations."