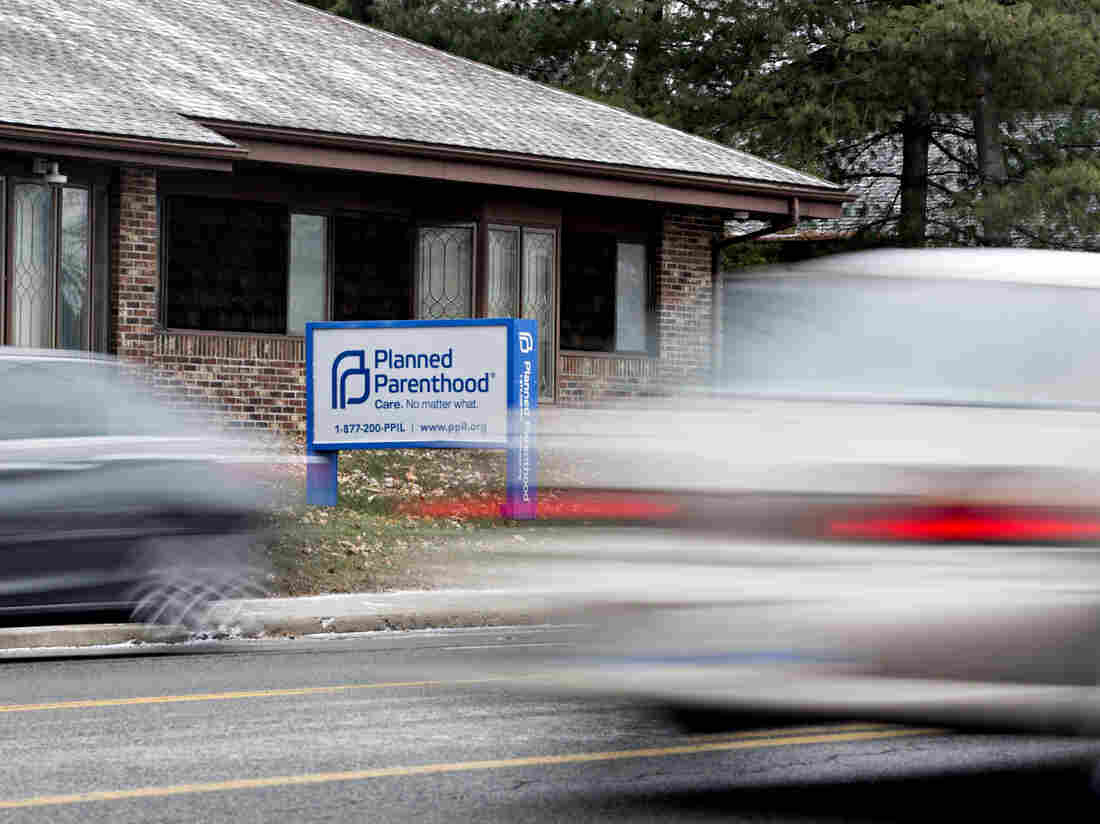 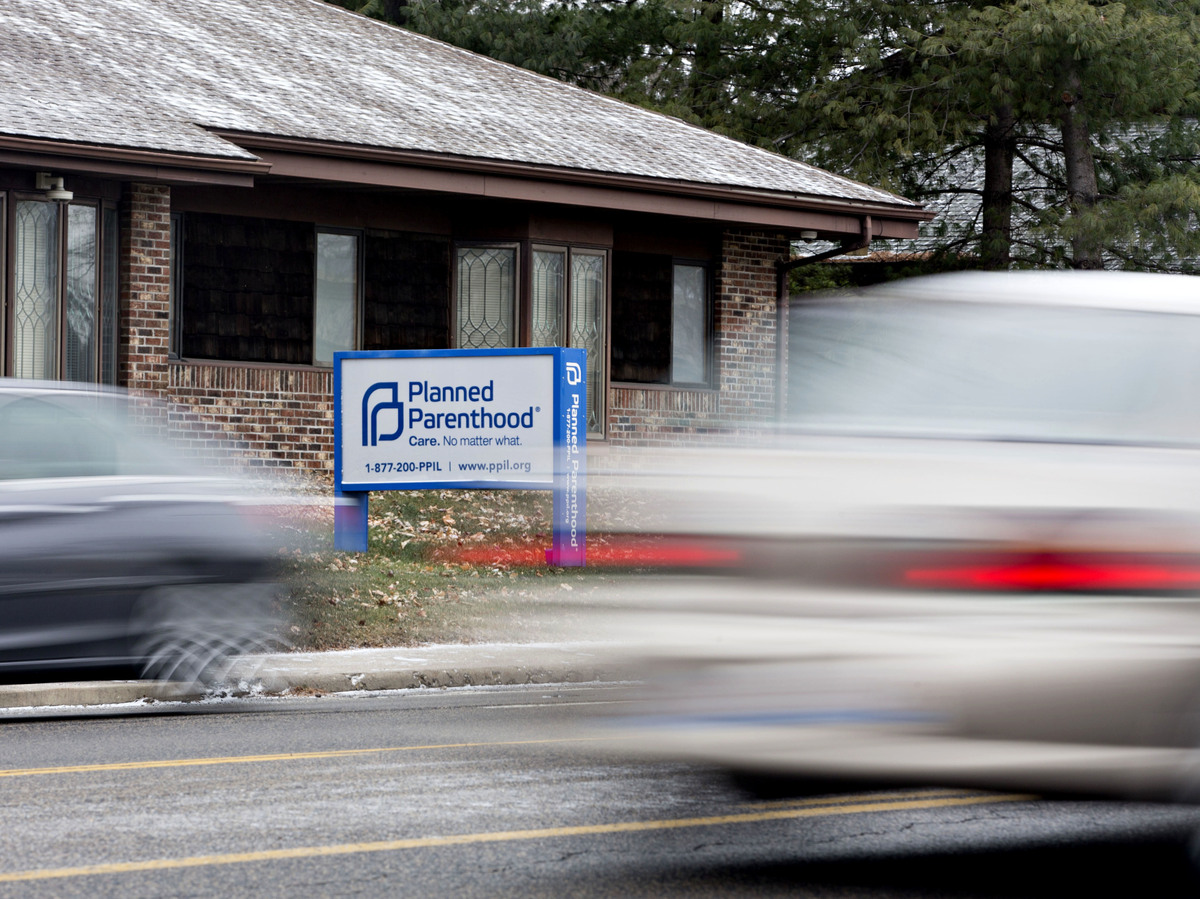 Vehicles drive past a Planned Parenthood office in Peoria, Ill., in December 2016.

That regulation, implemented in the waning days of the Obama administration, required that states pass along family-planning grants — regardless of whether the groups they're passing them along to offer abortion services as well. The rule was intended to prevent states from withholding these grants from any organization "for reasons other than its ability to provide Title X services."

Now that the rule has been repealed, states can effectively block Planned Parenthood and other abortion providers from funds associated with the Title X Family Planning program, which was established in 1970 to subsidize organizations that offer services related to contraception, pregnancy care, fertility and cancer screenings primarily for low-income people.

Anti-abortion activists cheered the move as a way to return some measure of discretion to states, which will now have the latitude they once did in deciding how to mete out Title X funds.

"This is promise kept," said the Susan B. Anthony List's Marjorie Dannenfelser, who attended the signing which was conducted without media present. "This puts an end to the outgoing gift that Obama gave the Trump administration which was to disallow states from being in charge of its own family planning funds." 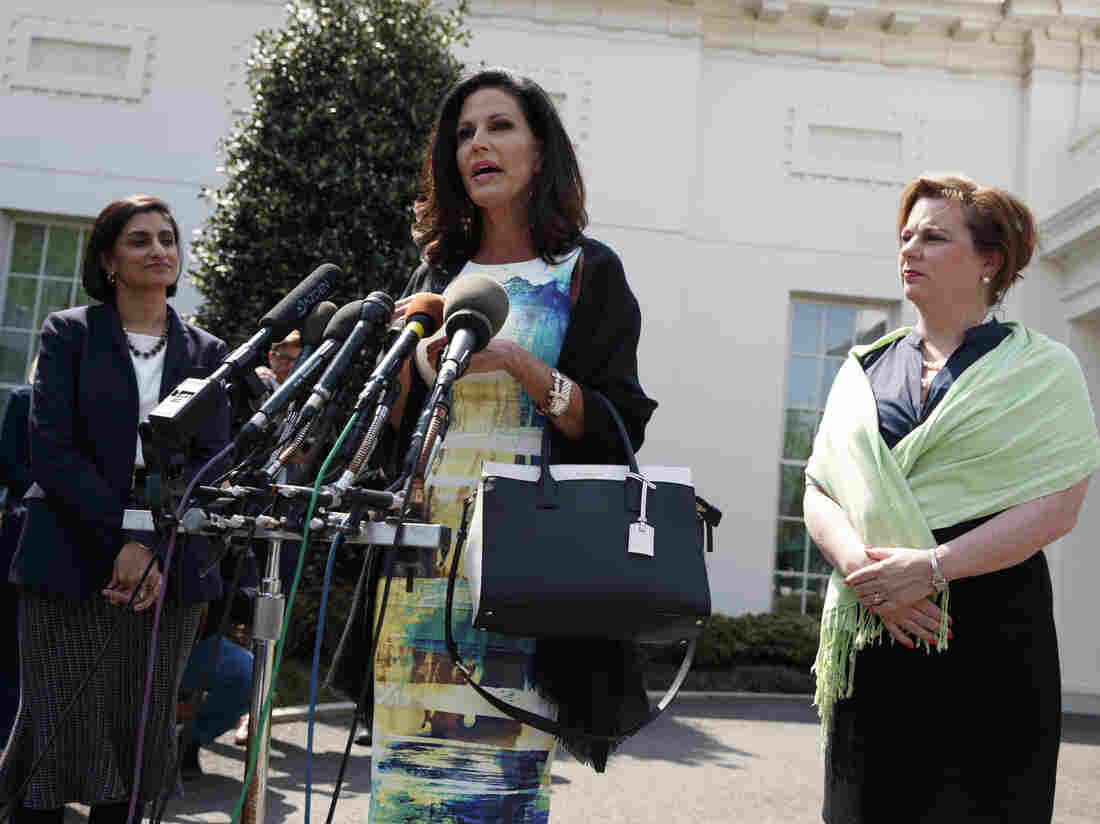 Marjorie Dannenfelser, president of the Susan B. Anthony List (right) and Seema Verma (left), administrator of the Centers for Medicare and Medicaid Services, look on as Concerned Women for America CEO Penny Nance speaks with reporters outside the White House on Thursday. Evan Vucci/AP hide caption 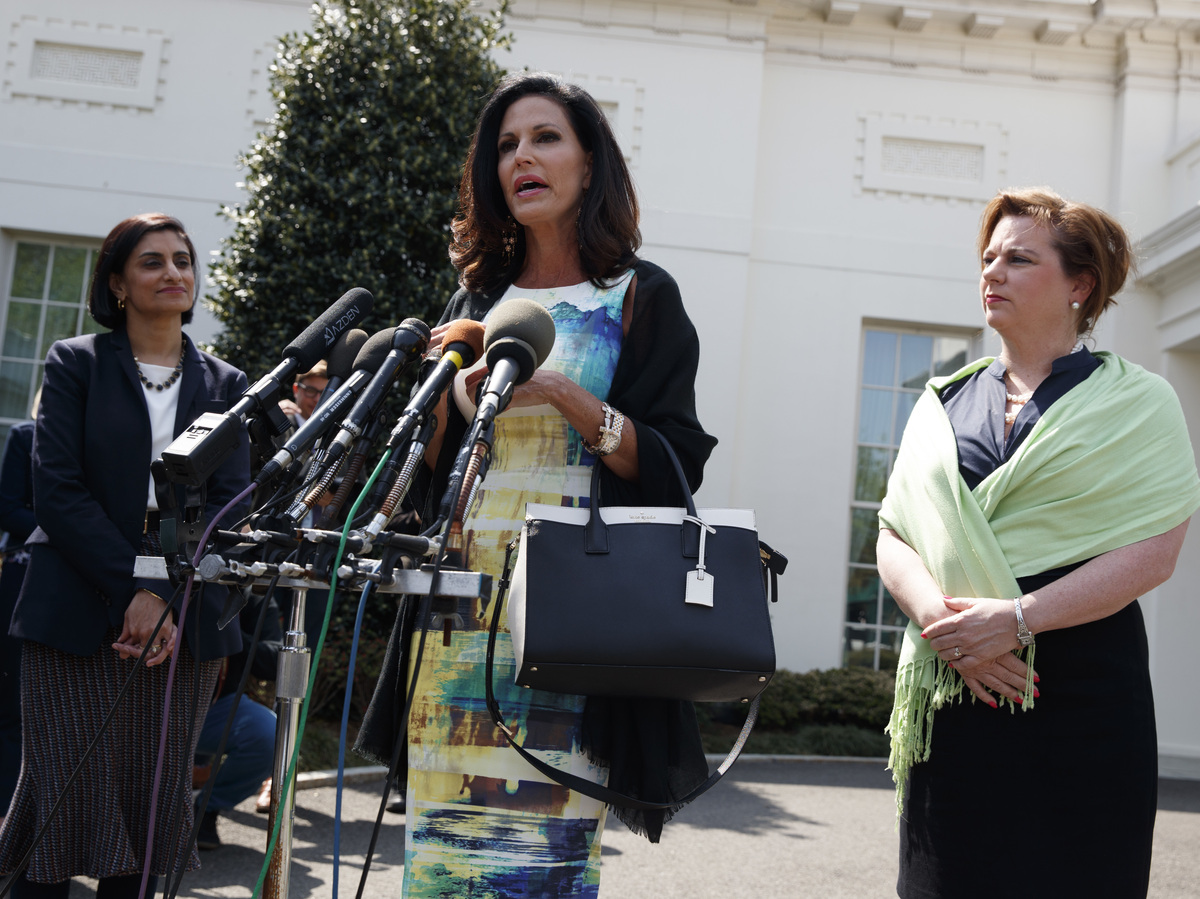 Marjorie Dannenfelser, president of the Susan B. Anthony List (right) and Seema Verma (left), administrator of the Centers for Medicare and Medicaid Services, look on as Concerned Women for America CEO Penny Nance speaks with reporters outside the White House on Thursday.

In a statement, Dannenfelser said she sees this as just the first step.

"We expect to see Congress continue its efforts to redirect additional taxpayer funding away from Planned Parenthood through pro-life health care reform after the spring recess."

NPR's Scott Horsley reports that — with exceptions for cases of rape, incest or life-threatening situations — federal law already prohibits the use of federal tax money to pay for abortions.

Yet Title X has long been in the cross-hairs of conservative Republicans in Congress. Many see it as a vein of cash for Planned Parenthood, which many Republican lawmakers have vowed to defund entirely.

As Julie Rovner notes for our Shots blog, Planned Parenthood obtains about $60 million annually from Title X, and in the group's most recent annual report, its affiliates received $553.7 million total from federal, state and local governments — or, about half its total funding.

In 2014, roughly 3 percent of the services rendered by Planned Parenthood were abortion-related.

"People are sick and tired of politicians making it even harder for them to access health care, and this bill is just the latest example," Dawn Laguens, executive vice president of Planned Parenthood Federation of America, said in a statement:

"We should build on the tremendous progress made in this country with expanded access to birth control, instead of enacting policies that take us backward. Too many women still face barriers to health care, especially young women, women of color, those who live in rural areas, and women with low incomes."

The law signed Thursday by the president began in the House and narrowly passed the Senate, only after Vice President Pence stepped in to cast the tie-breaking vote late last month.

To move the measure through Congress, Republicans turned again to the Congressional Review Act — a once-obscure 1996 law that, as we've reported, allows lawmakers "to overturn any regulation imposed during the final six months of the previous administration, with a simple majority vote in each chamber of Congress."

Already this year, GOP lawmakers have repealed about a dozen Obama-era regulations in this manner — including a broadband-privacy rule, a restriction on gun sales to the mentally ill, and an anti-corruption regulation on the oil industry.