Accessibility links
Navy Tells Sailors To Leave The E-Cigarette On Shore : The Two-Way At least 15 "mishaps" have resulted in injuries or damage, the Navy says. The new policy bans the devices on ships, submarines, aircraft, boats, craft and heavy equipment.

Navy Tells Sailors To Leave The E-Cigarette On Shore

Navy Tells Sailors To Leave The E-Cigarette On Shore 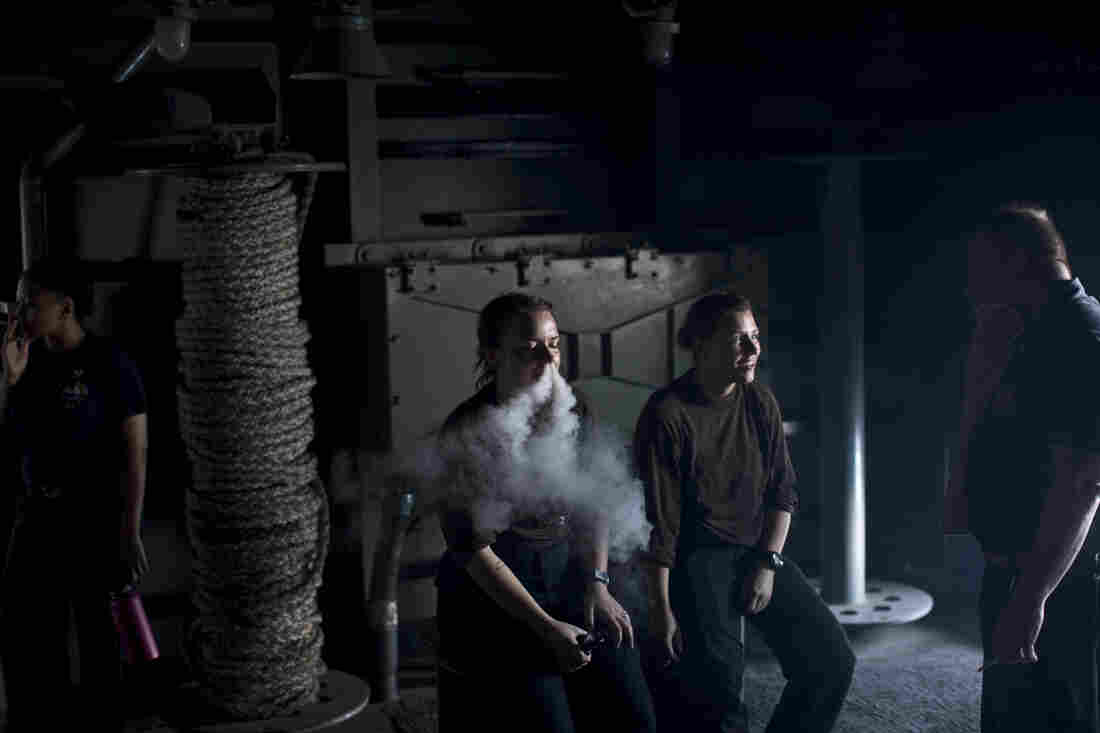 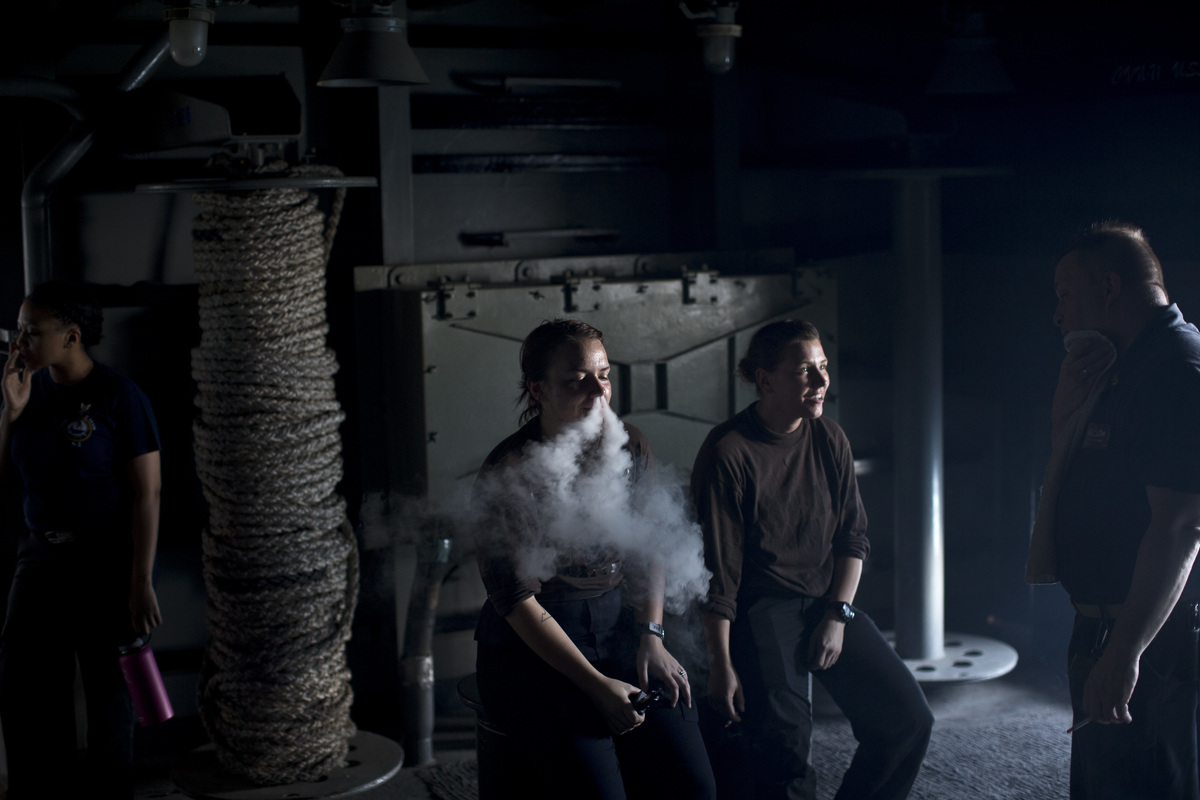 After a series of "mishaps," the Navy says it will no longer allow sailors to bring electronic cigarettes onto its ships, submarines, aircraft, boats, craft and heavy equipment.

"The prohibition applies to Sailors, Marines, Military Sealift Command civilians and any personnel working on or visiting those units," according to a statement obtained by NPR's Sarah McCammon, issued by the commanders of the U.S. Fleet Forces and the U.S. Pacific Fleet.

The ban will go into force on May 14 and will "remain in effect until a final determination can be made following a thorough analysis," the Navy says. At the same time, "sailors on shore will still be allowed to use [Electronic Nicotine Delivery Systems] on base, but must do so in designated smoking areas ashore while on military installations."

The problem is e-cigarette lithium-ion batteries that can explode. Last year, Navy Times reported that the Naval Safety Center called for a full ban of the devices on Navy property, citing their "significant and unacceptable risk."

In August, Navy spokeswoman Lt. Marycate Walsh told the publication that "leadership is reviewing the Naval Safety Center's recommendation regarding e-cigarettes, weighing both the safety and health-related risks."

A Navy memorandum states that 15 "mishaps" occurred between October 2015 and June 15, 2016, that resulted in either injury to Navy personnel or "fire/materiel damage."

"Eight of these incidents occurred onboard Naval vessels/aircraft," the memo reads. "Nine of 15 reported incidents described the failure mechanism as explosive. ... Two battery explosions occurred with the electronic cigarette in the service member's mouth resulting in facial and dental injuries."

The memo says the Navy has no record of any such incidents prior to October 2015.

The Navy says there is increased use of e-cigarettes among Navy personnel — and the apparent dangers have been highlighted in Navy publications.

A four-page spread in the Navy magazine Sea Compass titled "Danger: The Hidden Risks of Vaping" tells the story of two sailors who were the victims of an exploding battery. One received first-degree burns, while the other's car was destroyed by the fire.

"Imagine what would have happened if the batteries had exploded while in their home, the barracks or even onboard their ship," the article says. "The loss of property and potential loss of life could have been catastrophic."

As the Navy has noted, the dangers of exploding batteries can be mitigated by properly stowing the devices, using the correct charger, buying equipment from a reputable manufacturer and not modifying it.

The U.S. Department of Transportation formally banned e-cigarette use on commercial flights last year. The ban is meant to protect other passengers from the vapor, due to a lack of information about the ingredients in e-cigarettes.